By ROCCO PARASCANDOLA and VICTORIA BEKIEMPIS 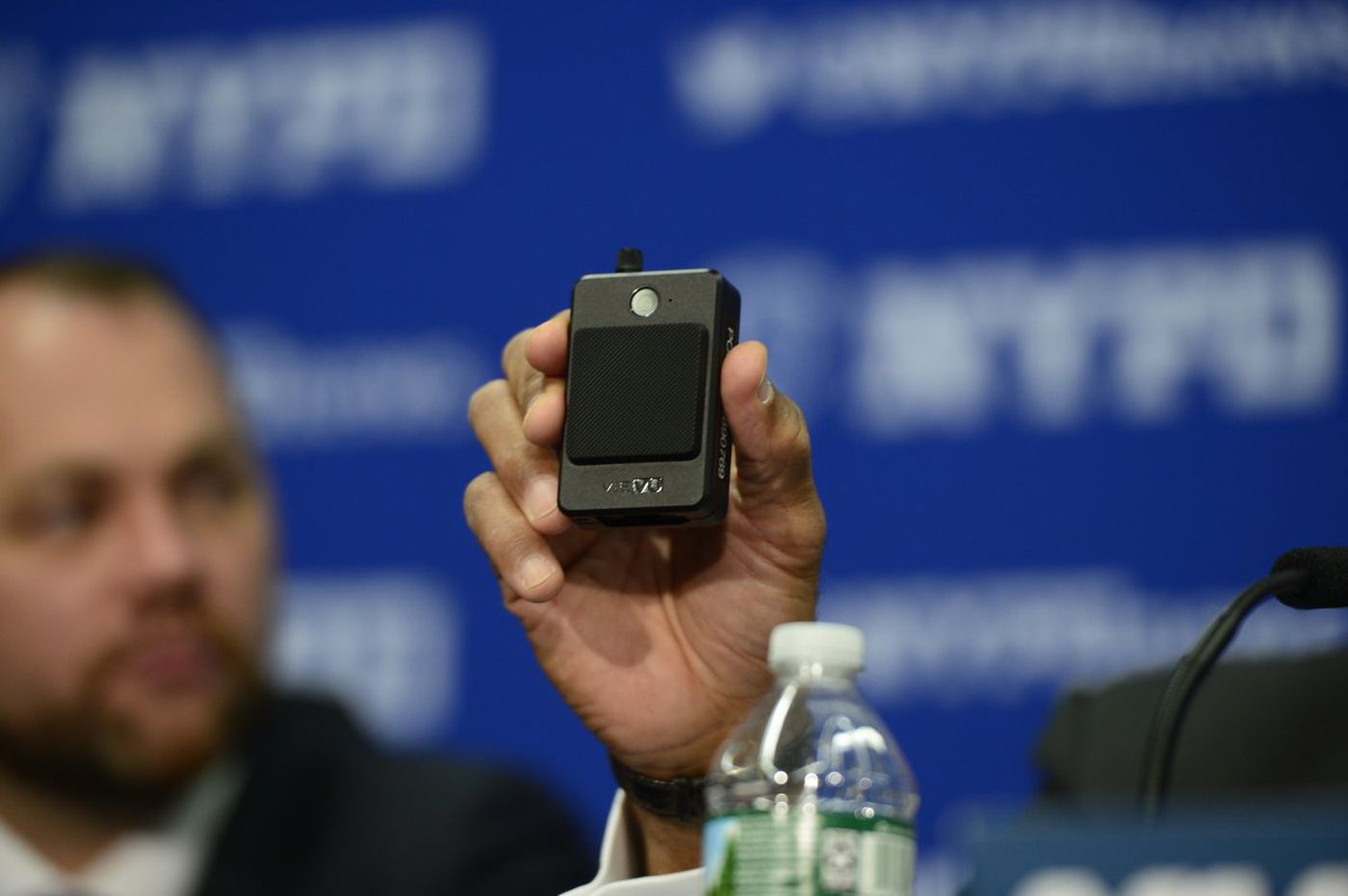 The Patrolmen’s Benevolent Association had charged in its Manhattan Supreme Court lawsuit that even releasing excerpts violates section 50-a of state civil rights law — which the city has controversially claimed bars the release of disciplinary and personnel records. (Todd Maisel/New York Daily News)

Associate Justice Rosalyn Richter, of the Appellate Division, First Department, made her decision less than two weeks after Justice Shlomo Hagler ruled against the city's largest police union in its recent lawsuit over bodycam recordings.

The NYPD doesn't allow the blanket release of this video, but had agreed to release some clips on an individual basis.

The Patrolmen's Benevolent Association had charged in its Manhattan Supreme Court lawsuit that even releasing excerpts violates section 50-a of state civil rights law — which the city has controversially claimed bars the release of disciplinary and personnel records.

Body-worn camera footage, the PBA has claimed, amounts to a sort of personnel record — meaning that its release would be barred under 50-a.

The PBA also maintained in its suit that releasing this video could put the privacy of citizens — including crime victims — at risk.

Union honchos have said they want judges to decide on releasing requested footage, not the NYPD.

The lawsuit cited the release of footage last September revealing a deadly encounter between cops and a knife-wielding man who was also brandishing a fake firearm.

"Each time the NYPD illegally and arbitrarily releases body-worn camera footage, they are harming police officers' safety, the public's right to privacy and the interests of justice in ways that can't be undone," PBA President Patrick Lynch said.

"The Legislature enacted laws limiting public disclosure of police officers' personnel records to guard against exactly this scenario, and police officers have a clear right to challenge the NYPD's tortured attempts to twist the law to serve its own purposes."

The NYPD has contended that this footage isn't protected by 50-a.

Asked for comment on Richter's decision, a spokesman for the city Law Department said, "We are disappointed with this interim ruling."

"The whole idea behind the BWC program is to ensure transparency and accountability for the public," said Law Department Spokesman Nicholas Paolucci.

"We believe (body-worn camera) footage is a factual record of an incident, not a personnel record protected by 50-a. We'll proceed accordingly in the litigation."

Richter's ruling will be in place until an appeals panel decides on the PBA's request for longer-term relief.