By Elizabeth Rosner and Ruth Brown 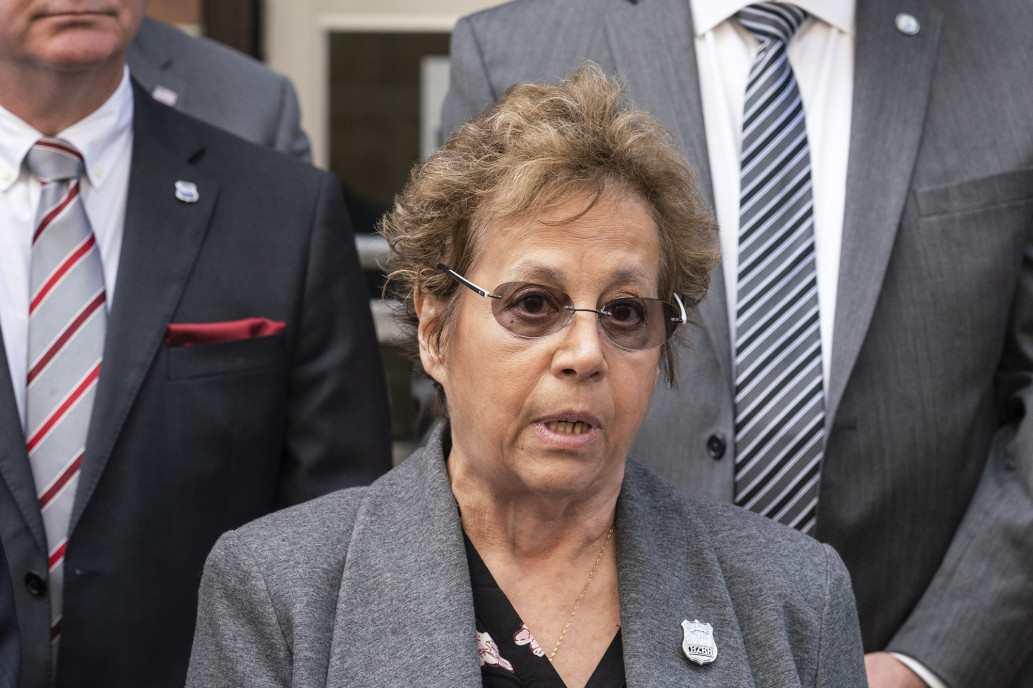 Diane Piagentini, the widow of an NYPD officer who was killed in 1971, speaks to the press before pleading with the parole board to deny his killer parole. Photo: Natan Dvir

The widow of an NYPD officer who was murdered by Herman Bell and other Black Revolutionary Army members in the 1970s gave an impassioned plea Friday to keep one of them behind bars.

Diane Piagentini implored a state parole board to keep Anthony Bottom locked up for life — just months after Bell was freed over her objections.

“We are here for the second time giving a victim-impact statement for the denial of parole for Anthony Bottom — the killer and assassinator of my husband, Joseph Piagentini, and his partner, Waverly Jones,” she told reporters before speaking in front of the board.

Bottom, Bell and Albert Washington were convicted of luring Piagentini and Jones to a Harlem housing project with a bogus 911 call in 1971 and then assassinating them in cold blood.

After 40 years behind bars, Bell walked out of prison in April when the parole board decided he was capable of living “a law-abiding life” — prompting citizens to flood the panel with angry letters and politicians to push for tougher parole policies.

Washington died of liver cancer in 2000, while Bottom — who is also known as Jalil Abdul Muntaqim — has already been denied parole multiple times.

The president of the Patrolmen’s Benevolent Association, which tried to stop Bell’s release through the courts, joined Piagentini at Friday’s hearing to rail against Bottom being granted the same freedom.

“I don’t know who our elected officials are speaking for or why they think letting cop killers out in the street is acceptable, but they are certainly not speaking for the people who live, work, and visit this city. And I can tell you this, as a New York City police officer and for our families, this is not acceptable,” PBA president Patrick Lynch told reporters.

“If they kill a cop, they will kill anyone,” he continued.

“We are asking for common sense to come back home. We need common sense to go upstairs into its parole board and do its job. Unfortunately, the commissioners don’t have that common sense, so we have to make them find it.”