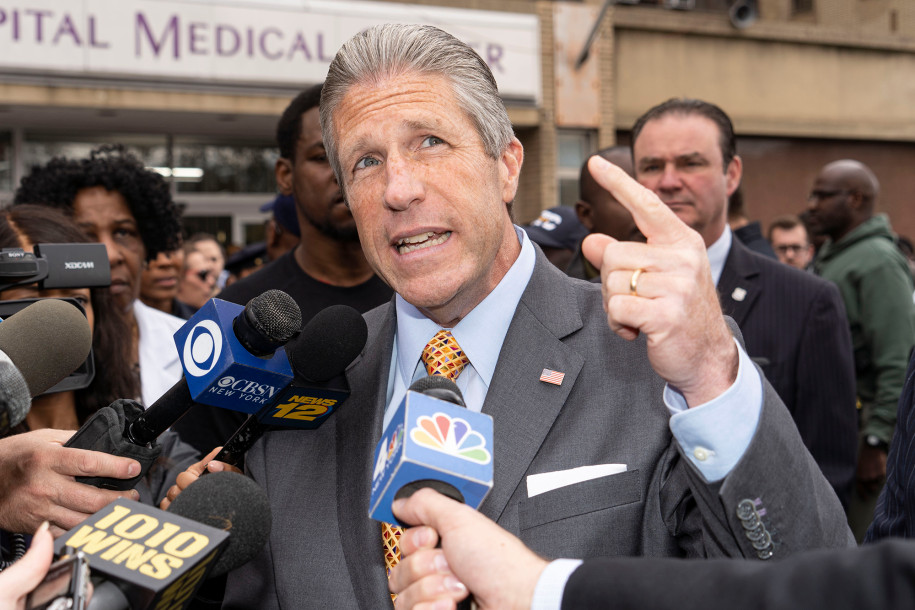 The NYPD’s largest police union has sued the Civilian Complaint Review Board over a ballot measure that expanded the watchdog agency — claiming the voter-approved legislation was “an illegal power-grab.”

In addition to tweaking the CCRB’s budget, the measure — passed by nearly 75% of voters in November — expands the oversight agency’s board from 13 to 15 members and compels the police commissioner to explain his reasoning in writing whenever he departs from a disciplinary recommendation issued by the NYPD Deputy Commissioner for Trials.

“There is no legal authority for Respondents to bypass the procedures set forth in the Charter and Administrative Code for determining the budget each year by the Mayor and City Council,” the lawsuit reads, claiming the ballot question “included such an impermissible Charter amendment.”

Proponents said the union was trying to stifle democracy.

“It’s disappointing, but not surprising, that the PBA would once again attempt to thwart the will of the people of New York City, and their desire for strong, professional, independent civilian oversight of the NYPD,” said CCRB Chair Fred Davie.

Mayor Bill de Blasio said at a press conference Tuesday that he had no reason to believe the PBA’s assertion was true, saying “we should just move forward.”

“This was the result of a very public charter revision process, everything in it was looked at by the Law Department, obviously, and the City Council lawyers,” de Blasio said. “I certainly never heard about such a complaint previously, I have trouble believing it.”

The attorney in charge of The Legal Aid Society’s special litigation unit, Corey Stoughton, dismissed the lawsuit as “an attempted end-run around the democratic process.”

“[This] shows how far they will go to shield NYPD officers from accountability for misconduct, including the insidious problem of police making false statements during investigations,” Stoughton said.