In April and May of 2017, as reported in the Daily News, the PBA kicked off a new public outreach campaign aimed  at combating NYC's growing opioid epidemic. The PBA mailed 14,000 Community Safety Bulletins with information and resources for preventing opioid abuse to residents in the Bronx and Staten Island neighborhoods that have been hardest hit by the crisis, and distributed the pamphlets at major transit hubs.  Pat Lynch told reporters that police officers need the public's help and support to end the epidemic. See the full press release.

The campaign opening was covered further in the Daily News and the Staten Island Advance as well as on News 12 Bronx, ABC 7 News and WINS radio.

Following up on our leafleting efforts, the PBA continued its campaign to combat NYC's growing opioid epidemic with print advertisements in the Staten Island Advance, Bronx community papers and the Daily News, which ran a series of front page stories on the issue. 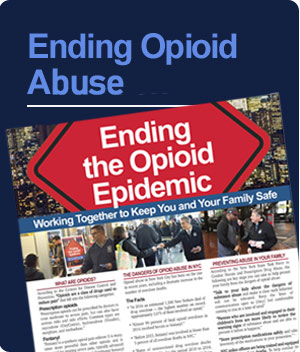 Click on the images, below, to see the full-size Community Safety Bulletin pamphlet and the full-page print advertisement. 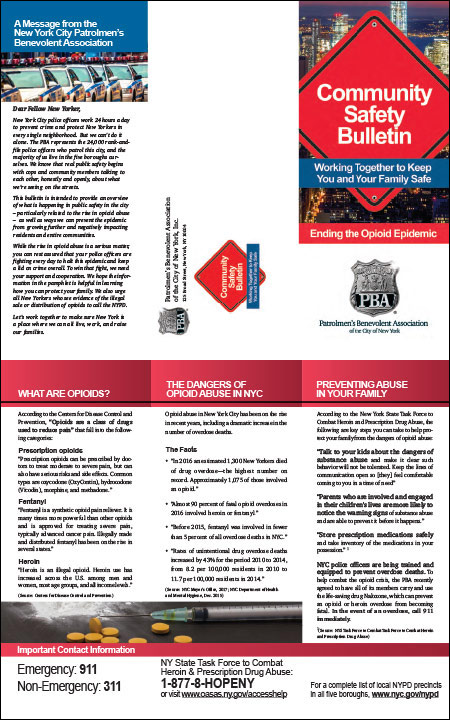 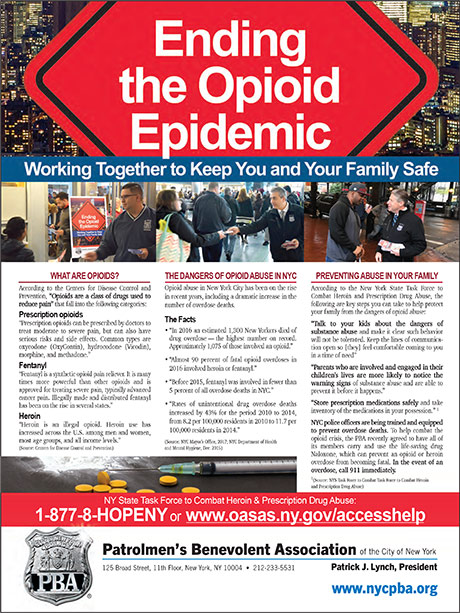