Justin Murrell is walked from the 75th Precinct station house in Brooklyn, New York on Sunday night. (Gardiner Anderson/for New York Daily News)
A teenage gangbanger who got a lenient sentence after dragging and crippling an NYPD detective was busted again Sunday for leading police on a chase in a stolen car.

In a scene similar to the 2017 incident that put Detective Dalsh Veve in a wheelchair and forever altered his life, Justin Murrell allegedly hit the gas during a car stop in Brooklyn early Sunday, slamming into three parked cars as he fled, cops said.

Murrell, 19, a reputed Crips member, walked free on parole last year after being sentenced by Judge Ruth Shillingford to 1⅓ to four years at a juvenile detention center for the June 3, 2017, chase.

Veve, who was responding to a shots fired call, was questioning the then-15-year-old Murrell near E. 53rd St. and Tilden Ave. when the teen hit the gas, reaching up to 60 mph as he dragged the officer for two blocks.

Veve held on for his life while managing to fire a bullet that struck Murrell in the jaw. He eventually fell from the runaway car and suffered catastrophic head and body injuries. The brain damage left him paralyzed and unable to speak.

Murrell, who was with two friends, ran off to receive medical treatment and was later arrested.

At his trial, Murrell’s lawyer, Natalie Peeples, described Veve’s dragging as a case of a wayward teen allowing things to get out of control, and said he never intended to hurt the detective.

A jury refused to convict Murrell of attempted murder but found him guilty of assault. He faced a maximum sentence of 3⅓-to-10 years on that charge, but Shillingford opted for a lighter sentence, leaving Veve’s wife, prosecutors and police fuming. 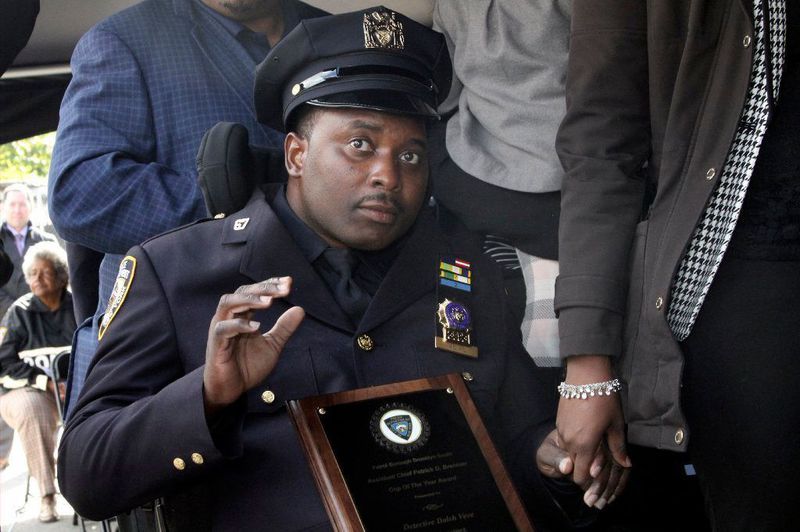 “Ten years was the max he could have gotten and he didn’t even get half of that,” Veve’s wife, Esther Veve, told the Daily News after the teen’s release. “I don’t think any time would have justified what he did, so for him not to have gotten the maximum was even worse. ... It was a slap in the face.”

On Sunday, cops tried to stop Murrell at a red light on New Lots Ave. and Hinsdale St. in East New York about 1:20 a.m. but he sped off, stopping only after he crashed into three parked vehicles , authorities said.

The car was reported stolen from a dealership in Valley Stream, L.I., police sources said. 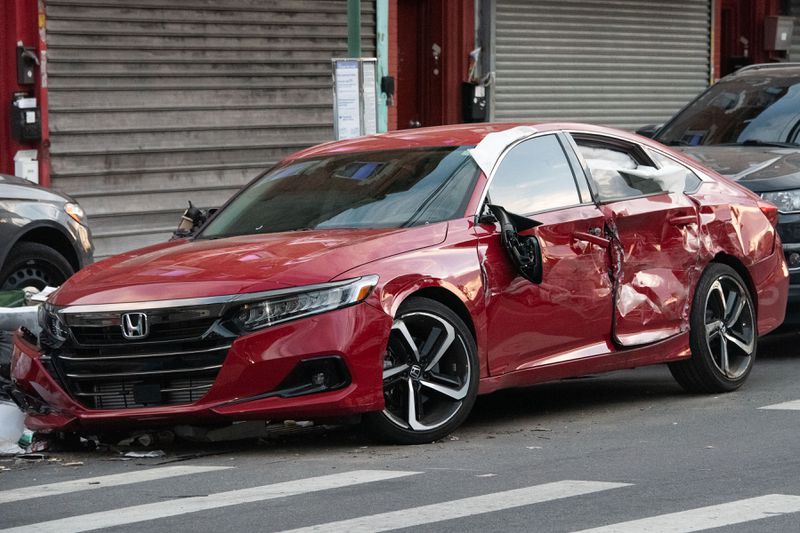 The car in which Justin Murrell allegedly led police on a chase is pictured outside the 75th Precinct station house on Sutter Avenue in Brooklyn, New York on Sunday, May 23. (Gardiner Anderson/for New York Daily News)

Murrell, who was dressed in a Tyvek suit, said nothing as officers led him out of the 75th Precinct stationhouse Sunday night.

“If Justin Murrell stayed behind bars where he belongs after causing life-altering injuries to Detective Dalsh Veve in 2017 by dragging him for blocks while he fled in a stolen car, he would not be able to hold our Brooklyn neighborhoods hostage with threats of continued violence,” said Detective’s Endowment Association President Paul DiGiacomo.

“Is anyone surprised? This perp dragged a hero New York City police officer behind a stolen car, paralyzing him. He had an extensive criminal record before that,” Police Benevolent Association President Patrick Lynch said. “What will it take for our broken justice system to keep him behind bars where he belongs?”

This past December, the Tunnel to Towers Foundation announced it would take care of the mortgage on the Long Island home Veve shares with his wife and daughter Darshee, who was 2 years old when her father was dragged.