Fighting for a Fair Contract

The PBA is fighting to restore New York City police officers to their rightful place among the highest paid police officers in the nation. Our ongoing media campaign to keep our contract issues in the public spotlight is a key part of our strategy. 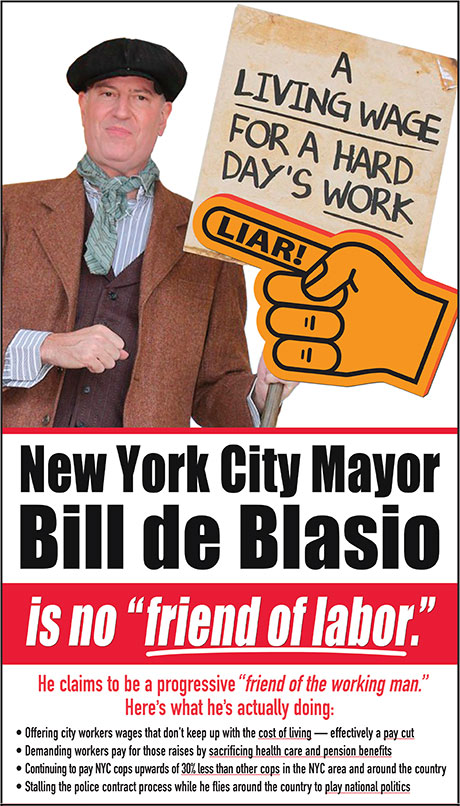 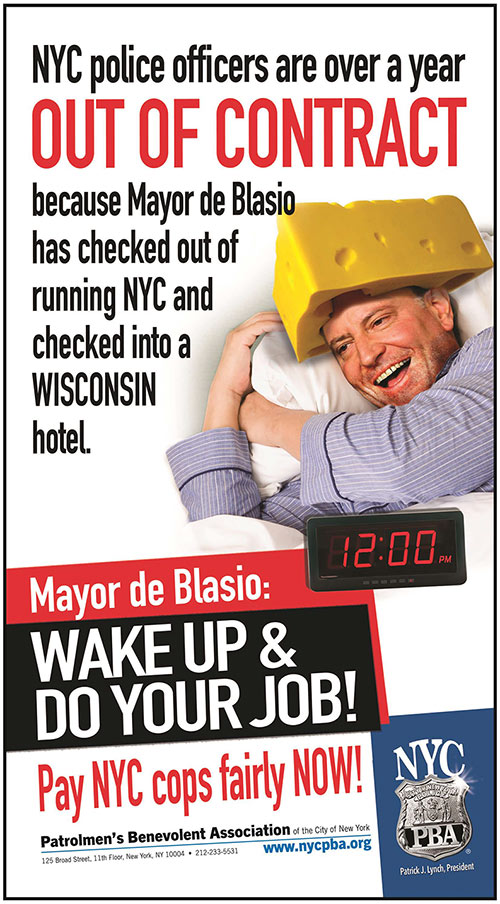 This PBA ad appeared on August 25, 2018 in local Wisconsin papers during Mayor de Blasio's visit there to campaign with a progressive Congressional candidate. 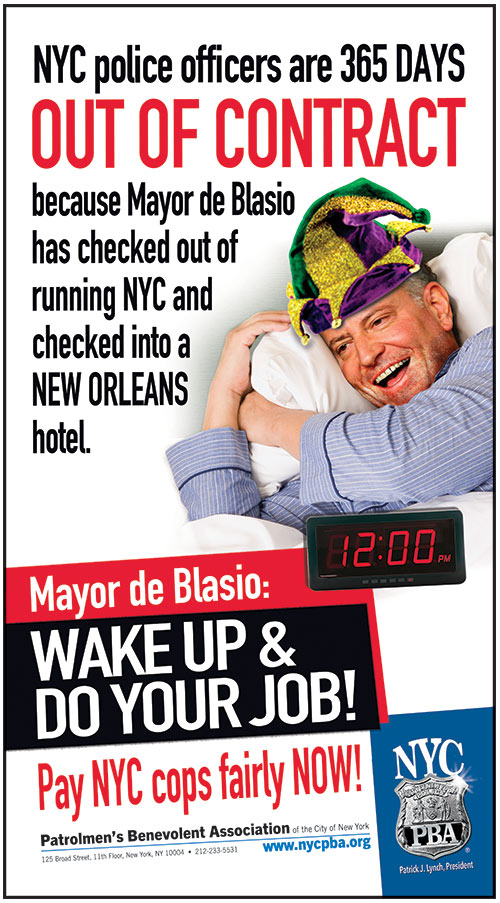 The PBA's opened a new digital ad campaign criticizing Mayor de Blasio for traveling around the country pretending to be a "progressive hero." This full-page ad appeared in New Orleans's Times-Picayune on August 3, 2018.