The Police Benevolent Association of the City of New York (NYC PBA) is the largest municipal police union in the world. The NYC PBA represents the approximately 24,000 sworn NYPD members who hold the rank of Police Officer and wear a silver shield like the one above — the front-line police officers in radio cars and on foot posts in your neighborhood, as well as those in specialized units and administrative divisions throughout the city.

The PBA’s board consists of 27 Police Officers elected by the union’s membership.

The NYC PBA is a labor union that seeks to protect and advance its members rights and interests. Among other things, it negotiates their contract, which establishes compensation, benefits and working conditions, ensures fair treatment by the City and the NYPD, provides legal services and representation, and administers their health and welfare benefits. The PBA also encourages legislation that helps its members and improves their families’ lives, while it opposes legislation detrimental to them.

In addition, the NYC PBA is a vocal advocate for New York City police officers and the important public safety role they play, as well as for the nationwide community of law enforcement professionals.  The PBA strives to pass on the NYPD’s most important traditions to future generations of police officers, especially respect and honor for our sisters and brothers who have made the ultimate sacrifice.

The NYC PBA is a not-for-profit, private corporation supported exclusively by its members’ dues. The NYC PBA never solicits donations from the public. PBA members elect Delegates to represent them at the precinct and command level, as well as a board of 27 borough and city-wide representatives. Visit our "Contact Us" page to email the PBA board. 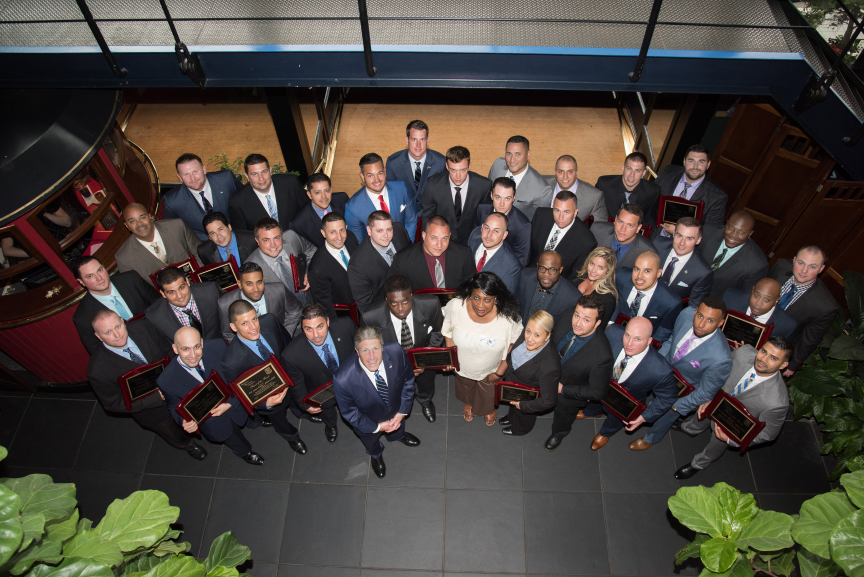 The PBA honors hero police officers every year at its “Finest of the Finest” award ceremony.