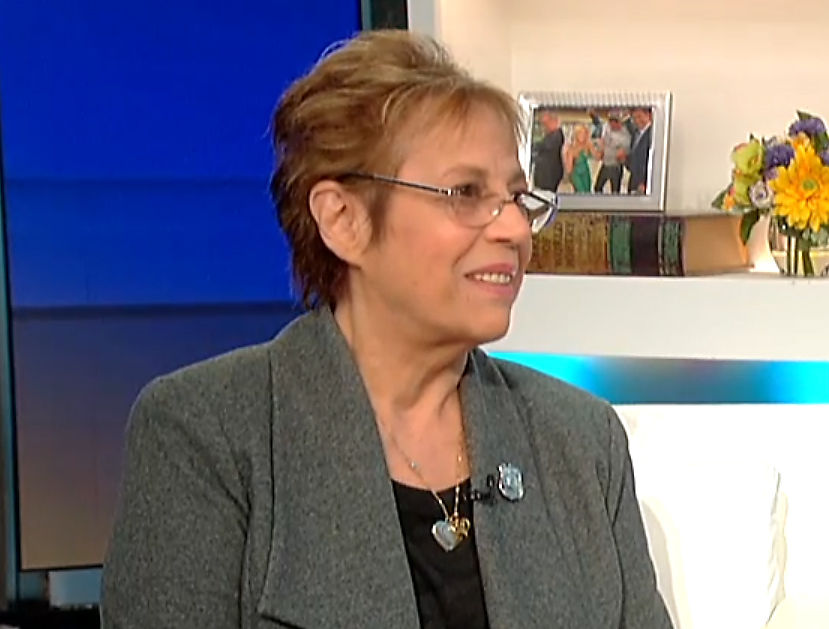 “It is mind-boggling that the parole board could find that the release of musician John Lennon’s murderer was incompatible with the welfare of society but the release of cop-killers isn’t.”

Those are the words of Diane Piagentini, whose husband, Joseph, and his partner, Waverly Jones,  were ambushed and assassinated by three members of the Black Liberation Army at a Harlem housing project in 1971.

Mr. Lennon was shot to death in 1980 outside the Dakota Apartments on W. 72nd St. by Mark David Chapman.  Mr. Chapman pleaded guilty, short-circuiting his lawyers’ plans for an insanity defense. He was sentenced to 20 years to life.

“The panel has determined that your release would be incompatible with the welfare and safety of society,” the state parole board told him in August when turning him down for release for the 10th time.

Ms. Piagentini said she couldn’t understand why Mr. Chapman, who had no other criminal convictions, was rejected while the first of the three men who killed her husband, Herman Bell, was paroled in April. Mr. Bell also pleaded guilty to participating in the killing of a San Francisco police Sergeant.

She and the Patrolmen’s Benevolent Association maintain that cop-killers will always present a danger to society and should never be freed from prison.

She spoke to reporters Oct. 12 outside offices of the state Department of Corrections and Community Supervision before addressing a parole board considering the release of the second shooter, Anthony Bottom. (The third, Albert Washington, died in prison.)

“For nearly 40 years, Anthony Bottom and his already-released partner, Herman Bell, failed to show any remorse or take responsibility for their crimes until it became apparent under the new guidelines that being old and faking remorse was all that is required to get out of prison,” she said, an NYPD shield pin in her lapel.

At earlier parole hearings, the men described the murders of the two officers as a political act.

The press conference was arranged by the PBA. “Killing a police officer is a direct attack on the authority that protects society, said the union’s president,  Patrick J. Lynch, who spoke after Ms. Piagentini. “We accept that there is a place for the appropriate use of parole in minor crimes, but it is never appropriate in the case of cop-killers or the premeditated murder of anyone.”

The three killers of Officers Piagentini and Jones were sentenced in 1972, shortly after the U.S. Supreme Court declared all state death-penalty laws unconstitutional. They were given 25 years to life, the maximum term then available, which meant they could apply for parole after 25 years.

Eventually, the State Legislature passed an additional penalty, life imprisonment without parole, that is generally given to those who kill police officers. But the murderers of 59 officers received the 25-year minimum sentences.

Under Governor Cuomo, parole boards have become more willing to release cop-killers. New guidelines put into effect during his first term de-emphasize the seriousness of the existing crime and put greater weight on factors such as behavior in prison, the likelihood of re-offending or expressions of regret.

Mr. Cuomo has disclaimed responsibility, saying the parole boards are independent of his influence. Ms. Piagentini doesn’t believe it. She made an ad for the Governor’s Republican opponent, Dutchess County Executive Marc Molinaro, saying, “Governor Cuomo, my kids and I have lived with the pain every day for over 47 years—and there’s no parole from that.”

The Black Liberation Army, was a violent offshoot of the Black Panthers that was blamed for the murders of 13 police officers, including four in New York City.

The shooters made a 911 call reporting a nonexistent disturbance to lure officers to the housing project. When Officers Piagentini and Jones left the building, the three men opened up on them. Officer Jones died immediately, but Office Piagentini was shot 22 times as he pleaded to be spared so he could see his wife and two young daughters again.

“I challenge anyone to cite a more horrendous crime than the planned, cold-blooded, sadistic assassinations of Police Officers Piagentini and Jones, the details of which are shocking,” Mr. Lynch said.  “Parole is not supposed to be, and I am quoting the law here, ‘incompatible with the welfare of society’ nor should it ‘deprecate the seriousness of his crime as to undermine respect for the law.’  And that is exactly what happens when you release cop-killers.”

Ms. Piagentini said, “The loss of my Joe has had a devastating impact on my life and that of our two daughters.  Time has the ability to erase from the public memory how horrendous the murder of Joe and Waverly was in 1971 but it has not erased that memory from us or from the damage done to our lives.”

'Board Out of Control'

She added, “Anthony Bottom must remain in jail for the rest of his life for what he did, and we are presently in court seeking standing to challenge the parole board’s abuse of discretion in releasing Herman Bell, who should never have been released.  The Parole Board is out of control and we need legislation to rein it in for the good of society.”

The PBA expanded its push against parole for convicted cop-killers Oct. 19 when union officials were joined by ex-Deputy Police Commissioner Lawrence Byrne, the brother of slain Police Officer Officer Edward Byrne, in a press conference opposing the possible release of the four men who assassinated the young cop 30 years ago as he guarded the home of a witness in a drug case.

The PBA favors the following changes to state laws: