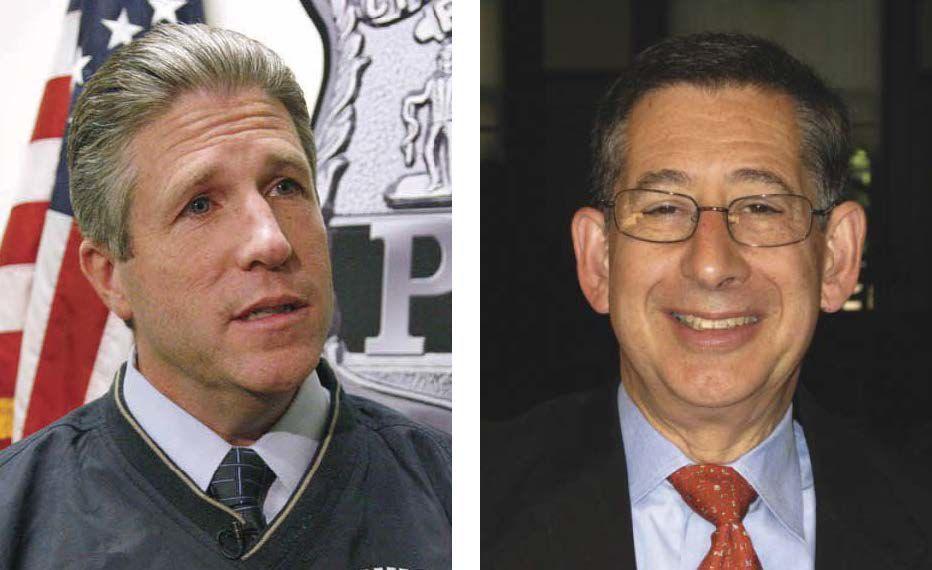 The Police Benevolent Association’s attempt to have former city Labor Commissioner Robert W. Linn disqualified as the de Blasio administration’s representative on a three-man contract arbitration panel has been dismissed by an Albany judge who concluded that his past work on behalf of the union did not give the city improper insight into confidential material pertaining to the union’s strategy.

The March 15 ruling by Acting Supreme Court Justice David A. Weinstein clears the way for the arbitration, which has been on hold since late last summer, to proceed on a successor contract for the PBA deal that expired Aug. 1, 2017. The union had filed for arbitration less than two months after that contract ran out, and later made clear it was not interested in the terms the administration reached last year in separate settlements with District Council 37 and the United Federation of Teachers.

Not Looking for 2% Deal

Each of those agreements—44 months for DC 37, 43 months for the UFT—had raises with an average annual value of slightly more than 2 percent. The PBA, arguing as it traditionally has throughout Patrick J. Lynch’s 20 years as president that it should not be bound by municipal-union patterns that have led it to continuously lose ground to police unions in neighboring jurisdictions, is seeking a “market rate” that would bring its members’ salaries close to those including New York State Troopers, who have increasingly been assigned to patrols inside the five boroughs.

The PBA previously tried to have Mr. Linn ruled off the 2015 arbitration panel that wound up going with the city’s recommendation of a pattern-conforming two-year award featuring annual 1-percent raises, as had previously been negotiated under seven-year contracts with a uniformed-union coalition. Its initial bid before the state Public Employment Relations Board was rejected on the grounds that PERB’s General Counsel said the board lacked jurisdiction to make such a ruling. The PBA pressed the issue before the arbitration panel, but its chairman, Howard Edelman, joined with Mr. Linn in denying the union’s application on the grounds that the proper forum for making such a motion was the court system.

After losing that arbitration case and then reaching a negotiated settlement on its next contract on Jan. 31, 2017, the union filed its court petition against both the city and PERB, claiming there were four grounds to disqualify Mr. Linn.

The first, noted Justice Weinstein in his decision, was that Mr. Linn’s “prior representation of the PBA provided him with access to confidential and privileged information,” with the second being that his prior work for the union created the “appearance of impropriety.”

The union also alleged that Mr. Linn as the city’s chief negotiator had displayed “evident partiality” for its position in the upcoming arbitration, and that his appointment “violated the prohibition on a party appointing itself to an arbitration panel.”

The judge rejected all four arguments. While the union said Mr. Linn had played an “integral” role in crafting its 2002 arbitration strategy and took part in “confidential, privileged discussions,” Mr. Weinstein concluded the “assertion that Linn was privy to its strategy in a different arbitration, well over a decade ago and with two additional arbitrations having been adjudicated since his work as PBA’s counsel ended, does not meet this standard.”

Regarding the specifics of the confidential discussions to which Mr. Linn had been a party, Justice Weinstein noted that the PBA “has made its arguments in opposition to pattern bargaining in four arbitrations…To the extent that the PBA’s strategy and legal arguments in this regard were at some point confidential, there is no reason to believe they may be so characterized now, after PBA has employed them for 19 years.” Nor, he said, was there an appearance of impropriety in Mr. Linn being on the other side of an arbitration 17 years after he served as a PBA advocate.

As to statements Mr. Linn had made in support of the city’s position and against the PBA’s, including having signed an unfair-labor-practice petition accusing the union of “bad faith” in the negotiations on the contract at issue, Justice Weinstein said that the state Taylor Law governing public-employee bargaining “makes clear that the arbitrators selected by the parties are not intended to be neutral.” The third member of the tripartite panel, who was selected jointly by the labor and management representatives, is supposed to be the “disinterested” party, but each side’s representative was intended to be an “advocate” of its position.

He quoted a Court of Appeals decision distinguishing between panels in which all appointees are neutral and those, like this one, where “each of the parties contracts for the choice of his own arbitrator to make certain that his ‘side’ will, in a sense, be represented on the tribunal.” He rejected the PBA’s claim that Mr. Linn went beyond “partisanship” into the realm of “hostility” toward the union.

If that distinction became an acceptable basis for disqualifying a panel member, “the process would soon degenerate into a struggle to ‘fix’ the panel and remove individuals who are deemed problematic, feeding a new species of subsidiary litigation along the way,” Justice Weinstein wrote.

Also working against the union’s position, he stated, was that it had not opted to go to court over its problems with Mr. Linn prior to the 2015 arbitration decision. “Its decision to sit on its rights in this regard is at very least an appropriate consideration in determining whether disqualification is warranted,” he wrote.

Mr. Lynch sent a message to his members stating that union officials are “reviewing the decision and exploring our options for appeal.” He added that they would be reaching out to arbitration-panel chairman John Donoghue “to get the arbitration process underway, including the scheduling of hearing dates.”

Even if the PBA chooses not to appeal, a contract award figures to be at least six months away, given the logistics of setting dates convenient for all the arbitrators and the two sides and the number of hearings likely to be needed to present each party’s case before having the panelists hash out the issues and reach a decision. Under PERB’s rules, the award will be limited in duration to two years, unless both sides agree to an extended one.