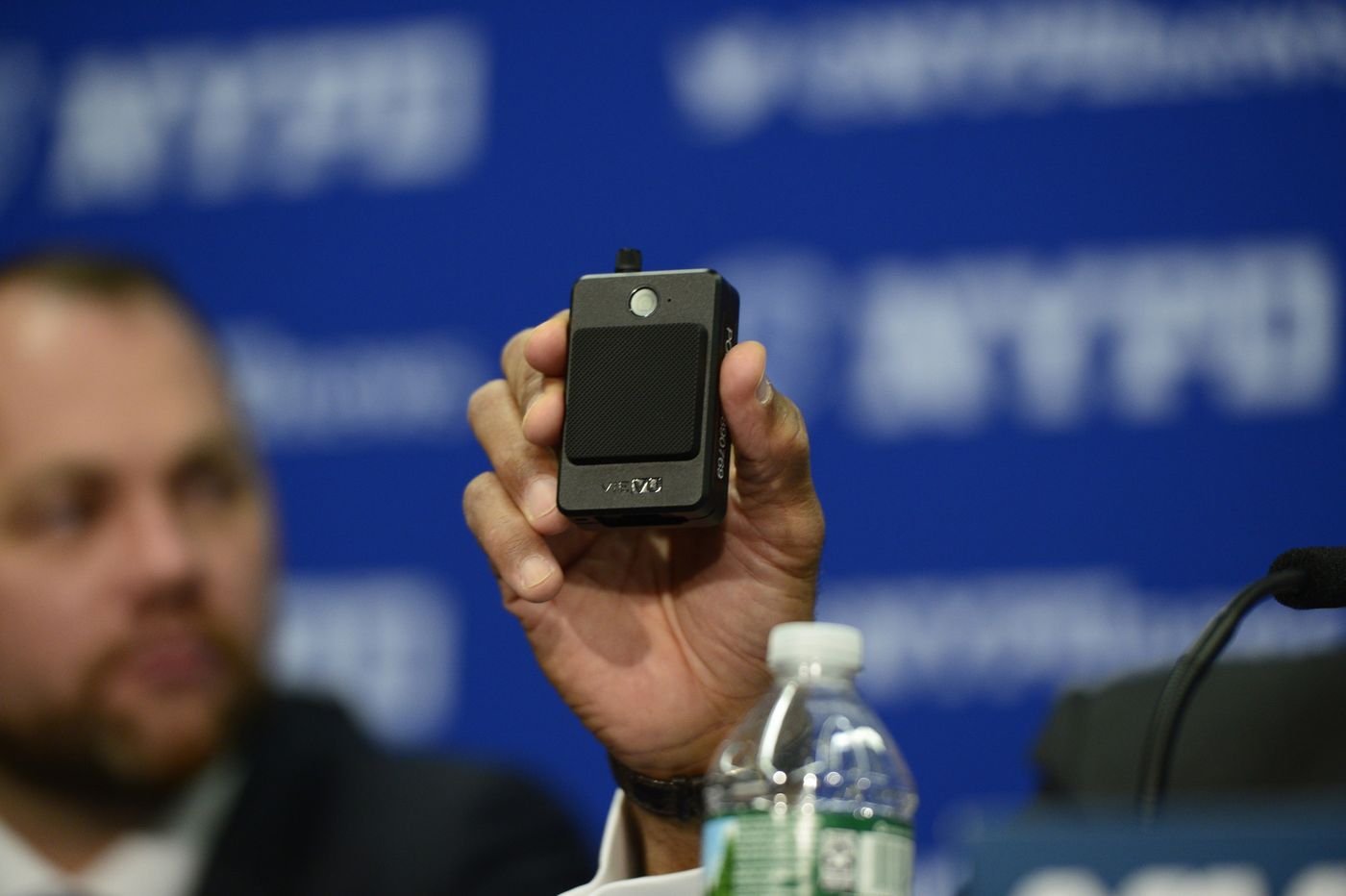 The new body camera being used by the NYPD as held by Deputy Commissioner Ben Tucker during a press conference on January 30, 2018. (Todd Maisel / New York Daily News)

A Brooklyn man’s request for police body camera footage of his arrest was shot down because of an ongoing legal battle between the city and the largest police union, the Daily News has learned.

The development is the latest wrinkle in the debate pitting an administration, which says it wants to be more transparent, against the Patrolmen's Benevolent Association, which has argued that the release of the videos is protected by Section 50-a of the state's civil rights law because it is akin to a personnel record and is protected from public disclosure.

Steven Wasserman, of the Brooklyn office of the Legal Aid Society, says that after charges were dropped against a Sunset Park man accused of assaulting his girlfriend, the man tried to get the camera footage from the police officers involved because he was considering a lawsuit against them and the department.

Wasserman filed a Freedom of Information Law request on behalf of the man, whom he would not identify. On June 11, the NYPD's Legal Bureau, in a letter to Wasserman, said it granted the request for the arrest report and police memo book entries, but that the request for the camera footage was denied because of the PBA's lawsuit.

The union in January sued the city and claimed the release of body camera footage in several police-involved shootings was arbitrary and illegal.

A lower court ruled against the PBA but a Manhattan appeals judge granted a stay. An appellate panel will now hear arguments in the case and is expected to rule by the end of the year.

The body camera program has been lauded as tool to help the NYPD become more transparent and accountable and 50-a, both Mayor de Blasio and Police Commissioner James O'Neill have said, needs to be repealed.

“City Hall’s interpretation of what is a ‘personnel record’ under 50-a widens daily and shows no signs of receding,” she said.

The NYPD plans to equip all its patrol officers with body cameras by the end of the year.

The release of such footage in criminal cases has not been challenged.

Three men were sentenced last year to prison terms from 18 to 25 years for a home invasion in Jamaica in 2015. Body camera footage was used as evidence at the trial.