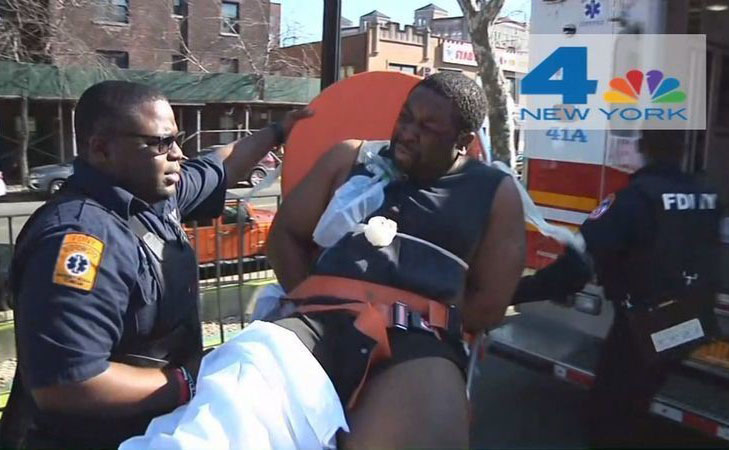 Victor Kingsley “methodically sought revenge” against officers who had arrested him. (NBC 4)

From the first moment we pin on our shields, police officers understand our unique role in society, one that comes with powers, responsibilities and risks not found in other professions.

We accept those risks and responsibilities. But we cannot do our job effectively, and our criminal justice system cannot function as designed, without policies that help mitigate these risks.

New York State Civil Rights Law Section 50-a is one such policy. This statute protects the confidential personnel records of police officers, corrections officers and firefighters from broad public disclosure and possible abuse. The state's highest court just held that the law bars disclosure of these records to the public without a valid court order.

It was the right ruling. With unfettered access to internal records used to evaluate officers' job performance or eligibility for a promotion, unscrupulous attorneys could easily derail criminal trials with issues having nothing to do with the guilt or innocence of the accused.

Even worse, any private citizen with an ax to grind against a particular firefighter or cop could use his or her records as fodder for a public smear campaign, or to subject those civil servants and their families to harassment, intimidation or worse.

Take, for example, the case of Victor Kingsley, a Brooklyn resident who, in the words of federal prosecutors, "methodically sought revenge" against officers who had arrested him, scouring the internet for their personal information, and eventually delivering a mail bomb that detonated and killed a bystander in Queens.

Section 50-a helps counteract these risks while also ensuring access for those with a compelling need for these records.

Unfortunately, anti-police activists and government transparency advocates have begun peddling outrageous distortions of the law. For example, they routinely claim that New York is one of only two states that still block access to police disciplinary records.

Not true. In fact, 23 states plus the District of Columbia restrict access to the records under almost all circumstances, with many extending the same protections to all other public employees. About a dozen more states make police personnel records available only under limited circumstances, such as suspension and termination.

Far from leaving the police "to police themselves," New York law ensures the entities that oversee police conduct - including district attorneys and civilian review boards - are expressly afforded access to the records.

That access is not a mere technicality. Rather, it is at the core of the law's balanced approach, allowing oversight while also addressing the dangerous repercussions of putting every scrap of police officers' information into the public domain.

Calls for violence against police officers are already commonplace. On one recent Twitter thread under the #Repeal50A hashtag, a user suggested that police officers accused of misconduct "need hard examples made out of them to strike absolute fear in other pigs."These generalized threats can and do turn into violence. According to federal statistics, 11 police officers have been killed in ambush attacks this year, and many more injured. A publicly available trove of police records would make it far easier for unstable individuals to target specific officers, using even false misconduct allegations to justify their violent ends.

The proponents of repealing or abolishing 50-a need to be honest about these potential risks and about the law as it stands. Police officers have a complex and unique job, and all of us are best served by a policy that strikes a careful balance between privacy, safety and transparency.

We already have such a policy on the books in New York.