By MARCO POGGIO and LEONARD GREENE 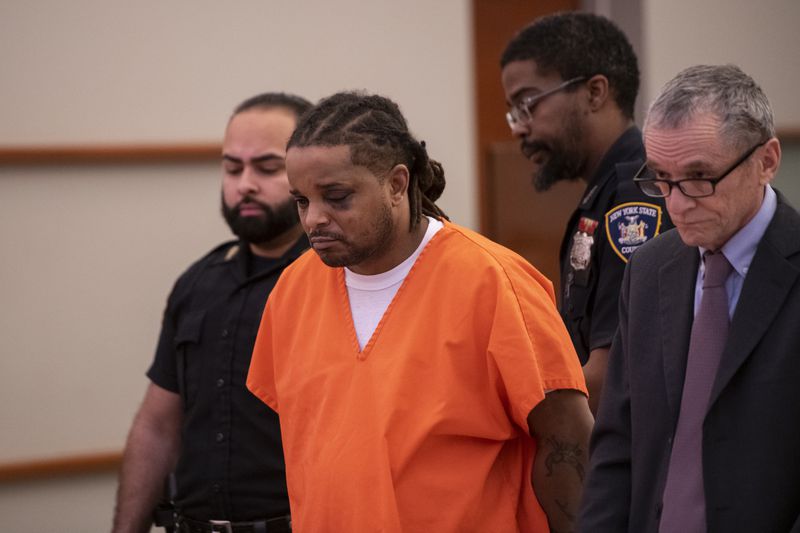 Robert Williams was back in the Bronx Supreme Court, Friday, where the judge remanded him. February 14, 2020. (Gregg Vigliotti/for New York Daily News)

An army of angry officers filled a Bronx courtroom Friday for a hearing involving an accused cop shooter who allegedly pumped bullets into a police precinct hours after gunning down a cop on the street.

Robert Williams, 45, faces 11 counts of attempted murder of a police officer after his targeted, two-day attack on cops in the Bronx, officials said.

Williams, who cops said continued to talk tough about his murderous intentions even after his arrest, avoided the gaze of stone-faced police officers as he walked into the courtroom.

Wearing an orange jumpsuit and handcuffs, Williams face split into a grin when he saw his family.

Williams’ lawyer, Thomas Klein of The Bronx Defenders, asked Bronx Supreme Court Judge George Villegas not to allow the press to take pictures of Williams "out of security concerns,” and worries that the jury pool could be tainted.

But Villegras allowed photographers in the jury box anyway.

"I believe there have been photos of the defendant up to this point, including video of the alleged incident,” Villegas said.

Prosecutors said Williams vowed to police after his arrest that he would eventually shoot another cop.

“I aim to shoot one of you when I get out,” he told a cop at St. Barnabas Hospital, a prosecutor said at his arraignment several days ago. 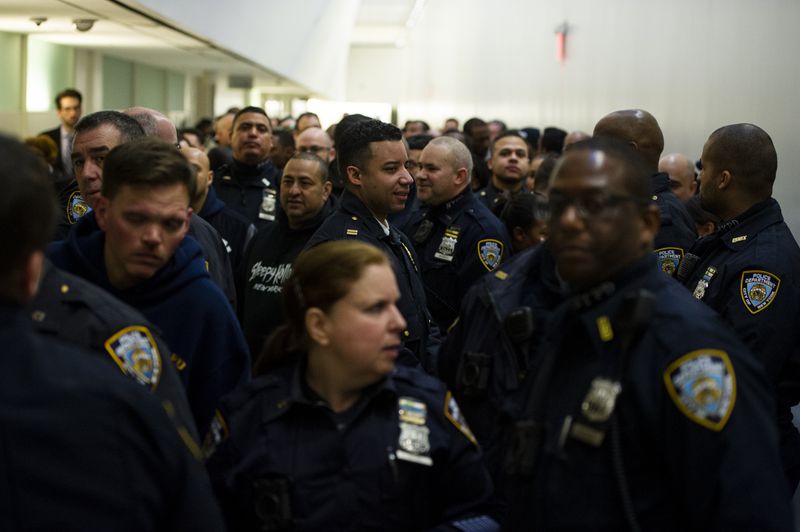 Williams faces more than 11 attempted murder charges for his assassination attempt on two cops, and then storming the 41st Precinct the next morning, shooting an officer in the arm. February 14, 2020. (Gregg Vigliotti/for New York Daily News)

Authorities said Williams walked up to a police van near Simpson and Barretto Sts. on Saturday night asked for directions, then shot Officer Paul Stroffolino in the chin and neck.

About 12 hours after that attack, Williams stopped and had breakfast, and stormed the 41st Precinct stationhouse and opened fire with the same gun, hitting Lt. Jose Gautreaux in the left arm, officials said.