Herman Bell, who was convicted of gunning down a pair of NYPD officers in 1971, including a Deer Park father of two, was released from prison Friday.

Bell, 70, walked out of Shawangunk Correctional Facility in Ulster County on Friday after serving 44 years, having pleaded guilty to the May 1971 murders of NYPD Officer Joseph Piagentini and his partner, Waverly Jones. He will be under the supervision of the Brooklyn parole office for life. 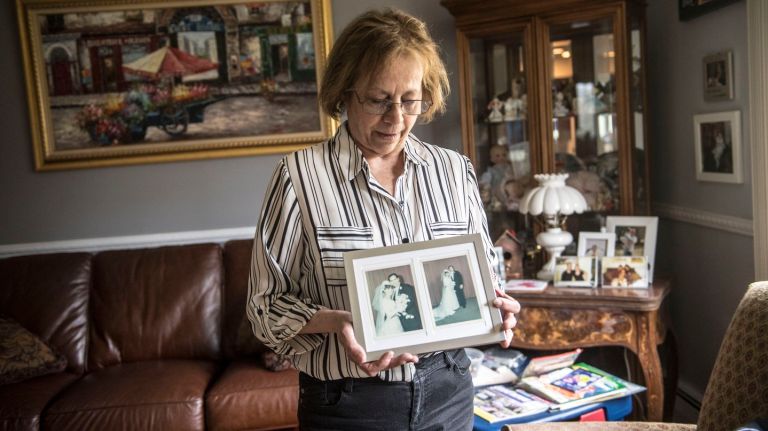 Diane Piagentini at her home on April 27 with photos from her wedding to NYPD Officer Joseph Piagentini. Photo Credit: Newsday / Alejandra Villa

The State Parole Board had granted Bell parole last month after denying his previous seven requests.

While the 14-member panel said Bell’s crime was “one of the most supreme assaults on society,” they said his “debt has been paid to society” and granted his parole based on his age, years in prison, personal growth and remorse.

Diane Piagentini, the widow of Joseph Piagentini, said Bell manipulated the system, feigning remorse to get out of prison.

Bell was also serving a concurrent sentence after pleading guilty to voluntary manslaughter in the death of Sgt. John Young in San Francisco in August 1971.

At a news conference Friday, New York City police union officials and lawmakers railed against Bell’s release, demanding that parole laws be strengthened to give victims’ families more input in the process.

Bell’s attorney, Robert Boyle of Manhattan, said the parole board did not take the decision lightly, interviewing his client for almost three hours instead of the 15 minutes or so for many prisoners. 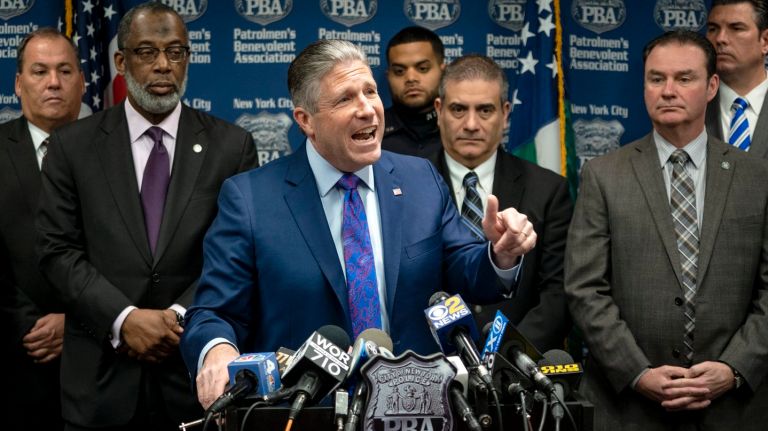 “They correctly applied the parole criteria and determined that he would live a crime-free life and . . . they determined that he’s successfully rehabilitated,” said Boyle, who fears that the high-profile criticism of the parole board could deter them from granting other prisoners’ parole requests. “We complain about the criminal justice system all the time, but when it works, albeit after 45 years, that should be something we should be proud of.”

He said Bell chose not to speak publicly of his release Friday because he doesn’t want to distress the victims’ families further.

The PBA and law enforcement officials had vocally opposed Bell’s release, with nearly 400,000 online letters directed to the board, calling for him to remain behind bars.

State Sen. Martin Golden (R-Brooklyn), a former police officer, called for legislation to compel parole officials to look more closely at all of the evidence related to a particular case, including trial records and sentencing minutes.

Bell was a member of the Black Liberation Army, a violent offshoot of the Black Panthers, when he and two others made a bogus call for assistance at the Colonial Park Houses in Harlem.

Authorities said Piagentini begged for his life in the name of his two daughters, but Bell and two accomplices shot the officers. At least 12 of the 16 bullets hit Piagentini.

Piagentini said she blames Gov. Andrew M. Cuomo for instituting policies that allow for leniency toward felons, including his order last week granting voting rights to individuals still on parole.

“Cuomo did not live up to the laws that govern the parole board,” she said.

Cuomo has said while he disagrees with Bell’s release, the board is not within his control.

A state Supreme Court judge last week dismissed a PBA lawsuit seeking to block Bell’s parole. The PBA appealed the ruling and the case will be heard next month. The union wants another hearing with new parole board commissioners.