By Gabrielle Fonrouge and Laura Italiano 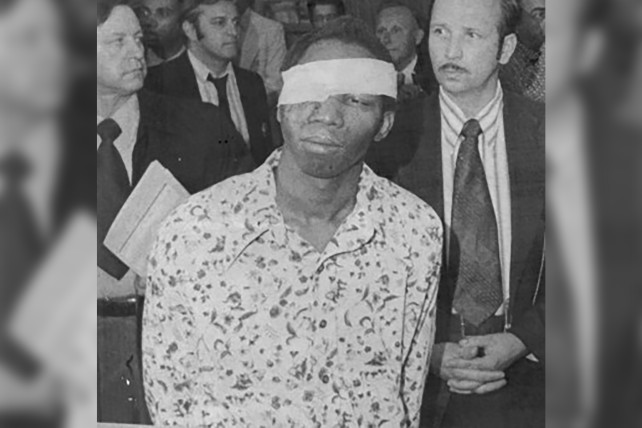 Black Liberation Army cop-killer Robert Hayes has good news and bad news for the family of Sidney Thompson, the transit officer he shot dead on a subway platform in 1973, rather than face arrest for a 15-cent turnstile jump.

Yes, he’s planning a bucolic life as a new parolee, growing vegetables and raising chickens upstate with his “jailhouse” wife.

But the good news is, he thinks he’ll be dead in two years.

In an exclusive interview Friday from the Sullivan Correctional Facility upstate, Hayes told The Post he believes he has one year, two years tops to live, given his diabetes and congestive heart disease.

In the time he has left, “I just want to do good,” Hayes insisted.

“I promise repentance,” the thin, frail 69-year-old said of the family members of his victim.

The “promise” made Thompson’s wife, Joyce, let out a bitter laugh.

“This is very self-serving,” Joyce, 68, said later Friday when told of Hayes’ vow.

“I just hope that every day for the rest of his life — which I hope is short — that he thinks of my son and daughter, who grew up without a father, and of the grandchildren my husband never saw.”

Thompson’s son, who was 6 years old when he lost his father, was more blunt.

“He stayed in the BLA” while on the lam four months for the 1973 murder, the son noted.

“And the next time he was confronted by police, he tried to kill five more police officers,” he added, referring to the shootout in Hayes’ BLA hideout, during which Hayes opened fire with a sawed-off shotgun.

“He assassinated my father,” said the son, himself a deputy police chief with the Prince William County Police Department in Virginia.

“He should not get out of jail.”

Hayes spoke to a Post reporter Friday amid continuing outrage — by Thompson’s survivors and by law enforcement advocates — over his July 24 parole date.

He was granted freedom by two pro-parole board members, both Gov. Andrew Cuomo appointees; the lone dissenter was appointed by former Gov. David Paterson in 2008.

Hayes said he has many regrets. He wishes that instead of the 1970s terrorist BLA movement, he’d joined something non-violent, like the NFL players’ “take a knee” movement.

“It’s not a violent way, but a boisterous way,” he said admiringly.

“Had I thought about it, I would have made better decisions,” he said.

He still remembers Thompson ordering him and his BLA colleague, Victor Cumberbatch, to “Freeze! Stop right there!”

He also remembers being a 23-year-old tough guy, resenting someone else being in charge over his actions — and pulling his gun out of reflex. “It was not my intent” to kill anyone, he absurdly claimed. “I wish it never happened.”

Still, “I’m sorry isn’t enough,” he told The Post. “It would never make up for what happened…My kids get to talk to me every day. Mr. Thompson’s kids never had that luxury.”

There, Thompson’s wife and son agreed. It’s not enough; it’s not even close.

“He made a choice,” said the son. “We all wish we could change things. I wish he never killed my father.”

Meanwhile, officials from the law enforcement community and beyond continued to voice their anger and frustration over Hayes’ parole.

“It is a travesty that yet another murderer who killed a member of law enforcement in cold blood will be turned loose on the streets to reintegrate with the public, whom his victim gave his life to protect,” said Michael Powers, president of the New York State Correctional Officers and Police Benevolent Association.

“If Gov. Cuomo truly is serious about criminal justice reform, he must start by fixing a broken parole system that would allow such a sinister killer to go free,” Powers said.

PBA President Patrick J. Lynch said: “Robert Hayes didn’t just murder a hero police officer — he also tried to kill five more cops when they showed up to arrest him. The Parole Board cannot seriously claim that they considered Hayes’s ‘criminal history’ as part of their decision-making. If they had, they would have realized that he is a ruthless killer who no New Yorker wants living on their street.”

And Sen. Martin Golden, (R-Brooklyn), a former cop, joined in condemning the parole board, noting Cuomo’s recent decision to grant conditional pardons that will allow paroled ex-cons to vote.

“The Board of Parole has added another member to Governor Cuomo’s New Constituency,” Golden said. “A constituency of cop-killers, murders, rapists, and other violent, unrepentant psychopathic criminals.”

He added: “This must stop before more cop-killers move into our neighborhoods, and start prowling our streets.”