New York is freeing another cop-killer from prison 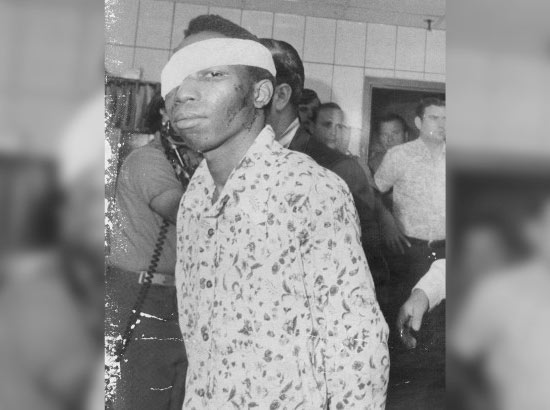 Another Black Liberation Army cop-killer is getting parole — Robert Hayes, a cold-blooded thug who killed a transit cop in a senseless subway platform shootout in 1973, then turned a sawed-off shotgun on the five cops who later busted into his hideout.

Transit patrolman and father of two Sidney Thompson, 37, lost his life for merely trying to arrest the then-23-year-old Hayes and a second BLA member for jumping a turnstile.

Sentenced to 35 to life in 1974 — before state law mandated life without parole for cop-killers — Hayes will get out as early as July 24, The Post has learned.

“It just broke my heart,” Thompson’s widow, Joyce, 68, said of getting a letter Friday informing her that her husband’s killer was being released.

“My husband was killed because he stopped somebody from jumping a turnstile,” she added.

“My husband was killed for 15 cents.”

Just two months ago, on April 27, former BLA member and three-time cop-killer Herman Bell, 70, was sprung on parole after serving 47 years of his 25-years-to-life sentence for the ambush murders of two NYPD officers.

Two other NYPD cop-killers, Eddie Matos and Anthony Bottom, are also due for parole hearings.

Of the state’s 12 parole board members, 10 were appointed by Gov. Andrew Cuomo. Those Cuomo appointees include the two members who voted to free Bell, and the two — Erik Berliner and Ellen Evans Alexander — who voted to spring Hayes.

Even Cuomo disagreed with the decision.

“Our law enforcement officers and first responders have dedicated their lives to keeping their communities safe and anyone who murders one of these heroes should remain locked away,” said Cuomo spokesman Rich Azzopardi. “This is an independent board, but we disagree with this decision in the strongest possible terms.”

The Department of Corrections and Community Supervision defended the decision, saying parole board members are independent and required to consider several factors.

“The Board must consider statements made by victims and victim’s families, as well as an individual’s criminal history, institutional accomplishments, potential to successfully reintegrate into the community, and perceived danger to public safety,” said spokesman Thomas Mailey

“So what does this mean, if you killed a cop and you live long enough, you’re gonna get out?” Thompson’s outraged son, Steven, 51, asked The Post.

Steven was only 6 years old when his father died a hero.

“He should die in jail,” he said of Hayes, the man who shot his father in the head, neck and chest in a daylight confrontation at the 174th Street station.

Hayes’ atrocities against cops didn’t end on that platform.

The avowed cop-hater would go underground for almost four months. And when five cops caught up with him at a BLA hideout on Bronx Avenue, Hayes opened fire on them with a sawed-off shotgun. Two cops were injured in that shootout. 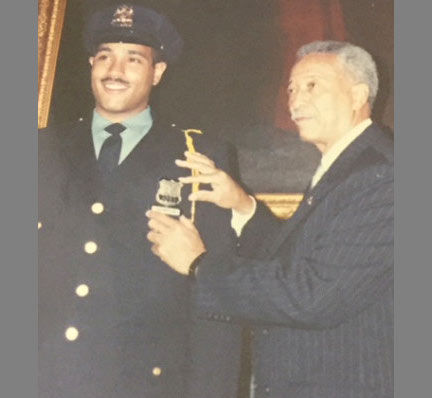 “It did for my father,” added Steven, who followed in his father’s footsteps into police work, first with the NYPD, and then, for the past 28 years, with the Prince William County Police Department in Virginia, where he is a deputy chief.

“It’s all pretty new, pretty fresh,” he said of learning of Hayes’ looming parole. “What can I do?” he said, when asked if he would fight the release.

“If there’s something I can do, I would do it.”

When his father died, Steven was too young to have anything but the slightest memory of him.

“They said he was a joker,” Steven recalled. “My mother told me he was in the Army.”

Steven grew up to join the NYPD himself in 1990, serving in the Bronx, and proudly wearing his father’s shield number, 3801, in his memory.

He quit the NYPD in 1996, shortly after line-of-duty deaths, in March and May of that year, of Street Crime Unit Officer Kevin Gillespie, 33, and Officer Vincent Guidice, both in the Bronx.

Steven said he was outraged back then that neither death resulted in the death penalty.

“That showed to me that police officers’ lives mean nothing,” he said.

Steven’s sister, Cheryl Medina, 53, of Florida, told The Post she still has nightmares of being 8 years old and saying goodbye to her dying father at Jacobi Hospital.