By Craig McCarthy and Chris Perez 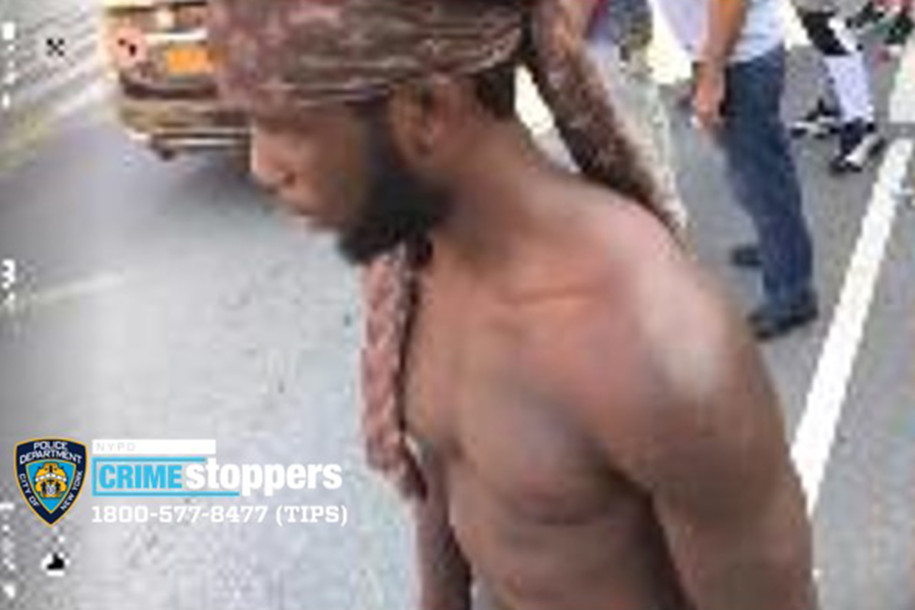 Police identified this man as the suspect in the attack. DCPI

A coward hurled an open half-gallon of milk at a Bronx cop, covering him in the liquid, in the latest act of disrespect against a member of the force, according to cops and a video that surfaced Thursday.

“They got milked on!” a bystander can be heard cheering on cellphone video of the incident, which was posted on Instagram with a caption that read “F— the [police emoji].”

Several videos emerged over the summer of people across the Big Apple setting upon cops with buckets and bottles of water — resulting in charges for several individuals. In every incident, the officers were simply doing their jobs.

The Police Benevolent Association blamed city leaders for the brazen acts — saying they have created a “cop-hating” environment Thursday.

“It is becoming impossible for police officers to do our job, even in emergency situations,” PBA president Patrick J. Lynch said in a statement.

“At a fire scene, our role is to clear the area so that firefighters can contain the fire and prevent loss of life. This crowd didn’t care: They wanted to fight the cops who were there to help.”

The incident went down just before 5 p.m. Tuesday after cops evacuated an apartment building at 1454 Grand Concourse due to a blaze on the 6th floor, according to the NYPD.

Firefighters were battling the 2-alarm inferno — which left seven people injured, including two cops and an FDNY member — while officers were getting people out and controlling the scene, officials said.

A crowd of residents who had been asked to evacuate formed outside and became rowdy, according to police — and that’s when the curdled creep struck.

He can be seen on video chucking the container of milk at a male officer — who quickly ducks out of the way, but still gets doused.

Still doing his job, the cop can be seen stoically staring back at the camera, his uniform speckled with milk, before the clip ends.

Officers chased the man, but he managed to slip away, and he was still being sought Thursday evening, cops said. It’s unclear if he is a building resident.

Four residents were injured in the fire, according to officials. Seventeen families were displaced and several people were arrested while voicing their outrage, cops said.

One woman attacked an officer and ripped off his body camera, resulting in charges. Two others were taken in for disorderly conduct. Nobody was seriously hurt.

“Thankfully everybody made it out this time,” Lynch said, “but our city leaders need to wake up. If they keep encouraging cop-hatred and interference with our duties, lives will be lost because we were prevented from doing our job.”