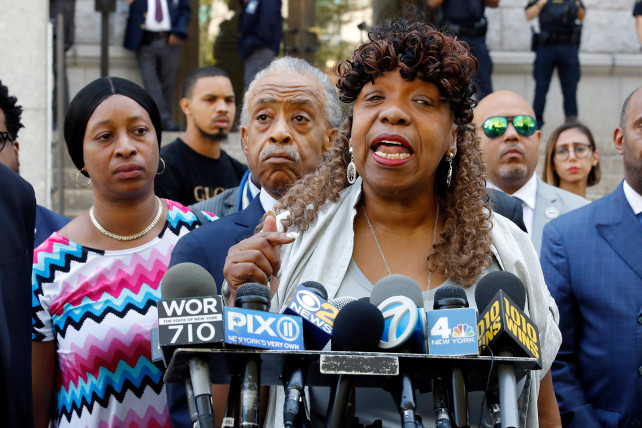 Gwen Carr speaks outside the US Attorney's Office in Brooklyn. AP

The family of Eric Garner raged over the Department of Justice’s decision on Tuesday to not pursue charges against NYPD Officer Daniel Pantaleo.

“We’re here with heavy hearts because the DOJ has failed us,” Garner’s mom, Gwen Carr, said at a press conference following a meeting with prosecutors in Brooklyn federal court. “Five years ago, my son said, ‘I can’t breathe’ 11 times. Today we can’t breathe.”

The Rev. Al Sharpton, who accompanied the family and their attorneys to the morning sit-down, said the feds never gave them a reason why they’ve chosen to not prosecute Pantaleo.

“They gave no legal reason, just their sympathy,” Sharpton said. “This is like to slap the family in the face.” 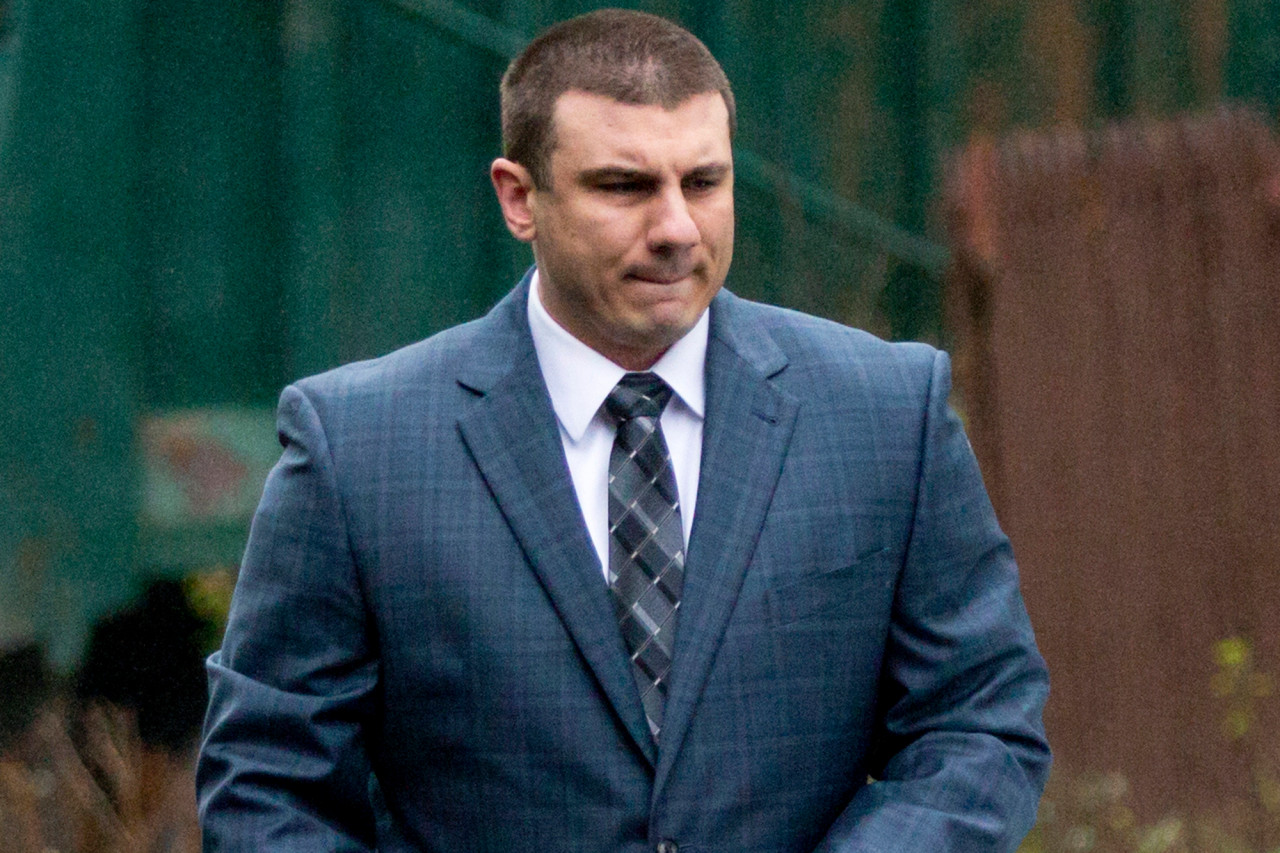 The feds’ decision comes a day before the statute of limitations was set to expire — on the fifth anniversary of Garner’s death on Staten Island.

Pantaleo is accused of killing the 42-year-old dad of six after placing him in a banned chokehold. He’s been stripped of his badge and gun and has been on desk duty since.