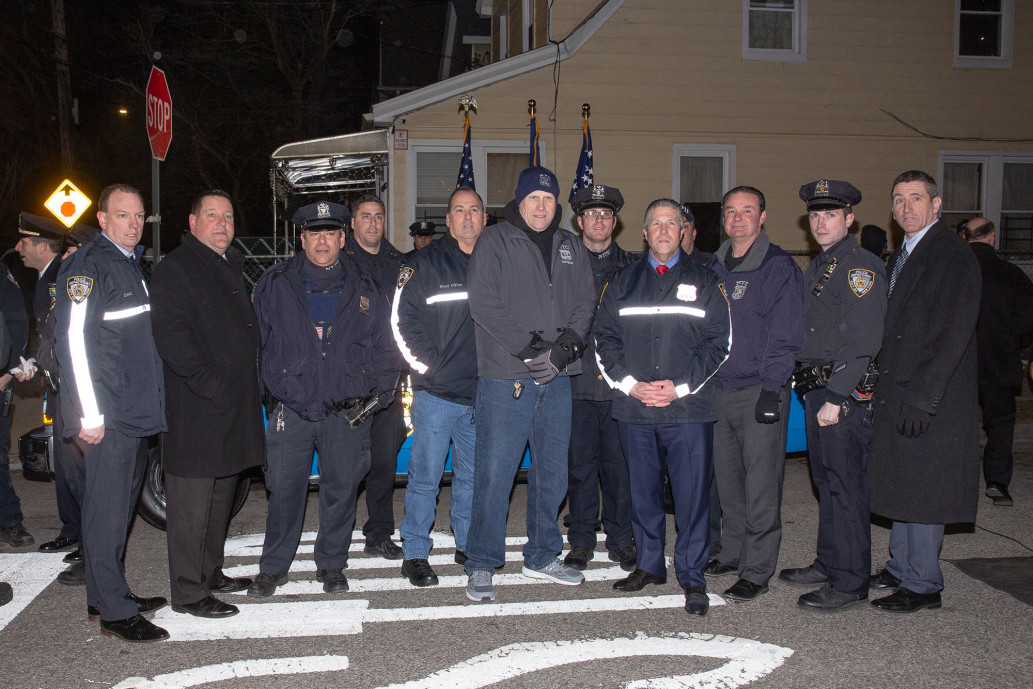 Just over 30 years later, his memory still lives on.

Top NYPD brass, as well as friends and family, gathered just after midnight Tuesday at the Queens intersection of 107th Avenue and Inwood Street to remember the sacrifice Police Officer Edward Byrne made 31 years ago.

Byrne was only 22 when he was gunned down on the early morning of Feb. 26, 1988, while sitting in his police car, guarding the home of a targeted witness in a drug lord’s trial.

He was shot five times in the head, just five days after his birthday and less than one month after joining the force.

Byrne’s brother — Larry, who recently stepped down as the department’s deputy commissioner of legal matters — previously said his brother’s death was a “turning point” for crime in New York City.

“It really was a turning point in a year when we were approaching 2,000 homicides and thousands of shootings,” Byrne told John Catsimatidis on AM 970’s “Cat’s Roundtable” last year.

“Really, everybody in New York and the country woke up and said, ‘If an armed police officer in uniform could be assassinated by drug dealers, then none of us are safe.’ And that’s when the battle in earnest began to take back the city.”