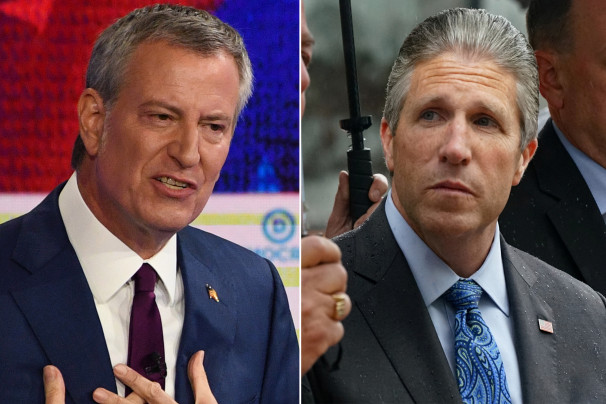 The head of the NYPD’s biggest union slammed Mayor Bill de Blasio on Thursday for bringing up “anti-police rhetoric” during the Democratic debate in Miami.

In response to a question, Hizzoner recalled a conversation he had with his biracial son, Dante, about how young black men should act around cops to prevent being the target of violence in the Big Apple.

“Mayor de Blasio has apparently learned nothing over the past six years about the extremely damaging impact of anti-police rhetoric on both cops and the communities we serve,” Police Benevolent Association president Patrick Lynch said in a statement.

“The hostile and dangerous environment we now face on the street is a direct result of the demonization of cops by de Blasio and other elected officials,” Lynch continued.

“By rolling out that rhetoric again on a national stage, it’s clear he wants to take the country down the same path,” he added.

The issue rankled police in 2014 when de Blasio revealed the conversation he had with his son after the death of Eric Garner at the hands of an NYPD cop.

“I’ve had to have very, very serious talks with my son, Dante, about how to protect himself in the streets of our city … including the fact that he has to take special caution because there have been too many tragedies between young men and our police,” de Blasio said during the debate.