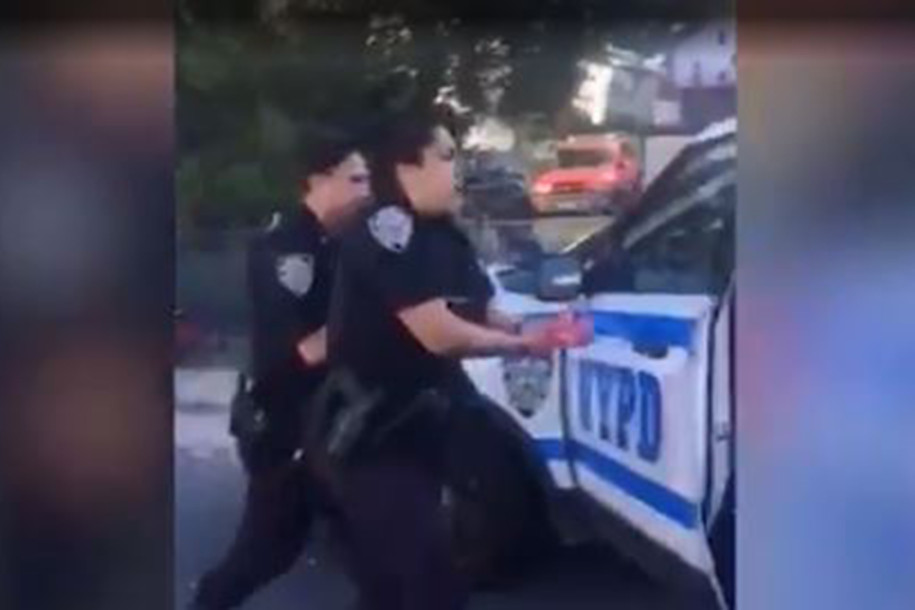 The cop can be seen holding her bloody hand after being shot.

Dramatic video shows a shot NYPD cop holding her bloody hand aloft and racing into the back of a department vehicle moments after she was hit while taking down a violent ex-con Tuesday — as another cop tries in vain to revive the career criminal.

The clip opens with an NYPD vehicle flying down Prince Street in Staten Island’s Clifton neighborhood with lights and siren on, and the injured officer being escorted into the back seat, cradling her bloodied left hand with her right.

In the background, another officer can be seen fervently pumping the chest of motionless Gregory Edwards, the 39-year-old convicted felon who had just traded bullets with two cops when they tried to bring him in on a domestic violence incident.

“They just shot the f–k out of him!” one bystander can be heard shouting in what would quickly become a tense scene, with onlookers hurling profanities and wishes of death at the police.

The cop can be seen holding her bloody hand after being shot.
Others grilled the officers about why the cop was rushed to the hospital in a police vehicle while Edwards remained laid out on the blacktop.

“Keep fighting!” was another cry, apparently directed at the dying Edwards.