NYC mayor, council agree to cut $1B from NYPD 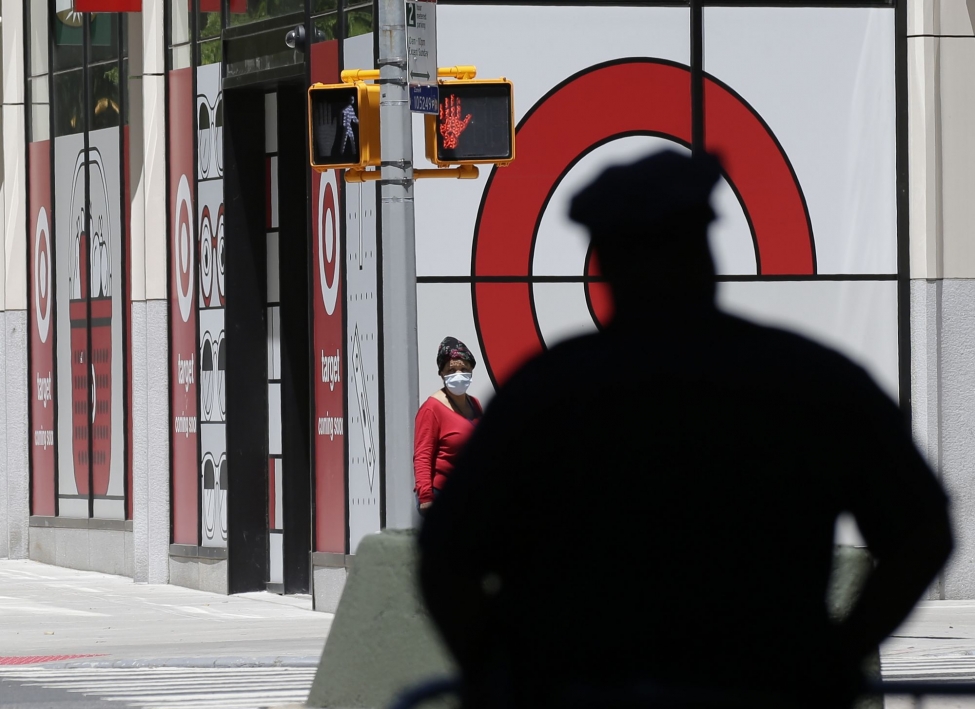 An NYPD Police officer stands by a barricade near a Target retail store as he helps secure the area around Columbus Circle in New York City on June 12. Photo by John Angelillo/UPI

The city, once the epicenter of the country's coronavirus pandemic, has seen recent drops in cases and deaths to the disease in part caused by a lengthy shutdown. However, amid those strict measures, some $9 billion in revenue for the city "evaporated" in the past few months, requiring the city to make cuts, including to its police department, he said during a press conference on Monday.

"Austerity is never the way to go," he said. "We have to find a way forward. That includes continuing to focus on what matters most in our city."

The city has also experienced protests against police brutality and calls for police reform and to defund law enforcement departments after Floyd, an unarmed black man, was killed on Memorial Day by a white Minneapolis police officer.

De Blasio said that the need to make budgetary alterations has also presented them with "an unprecedented opportunity" for change, and that over the weekend he presented City Council with a plan to cut $1 billion from the NYPD and shift those resources to youth and communities -- and they agreed.

Of the $1 billion proposed to be cut, more than $500 million will go to fund youth recreation centers and housing development projects, he said.

The announcement came a day before the roughly $89.3 billion budget is due at midnight and weeks after activist called on the city to defund police by that amount.

Earlier this month, New York City Council speaker Corey Johnson issued a statement saying he, along with other officials, believed that $1 billion should be cut from the 2021 fiscal police budget not only to limit the scope of the force but as a show of commitment toward "moving away from the failed policing policies of the past."

"We have identified savings that would cut over $1 billion, including reducing uniform headcount through attrition, cutting overtime, shifting responsibilities away from the NYPD, finding efficiencies and savings in OTPS spending and lowering associated fringe expenses," the joint statement said.

However, neither protesters nor police were happy with the announcement.

"Even right now, the NYPD doesn't have enough staffing to shift cops to one neighborhood without making another neighborhood less safe," he said in a statement. "We will say it again: the mayor and the City Council have surrendered the city to lawlessness. Things won't improve until New Yorkers hold them responsible."

On the other hand, protesters called the $1 billion cut "a lie" made from "funny math and budget tricks," urging council members to vote it down.

"You must go back to the drawing board and create a budget that truly serves New Yorkers," said Communities United for Police Reform Anthonine Pierre said in a statement. "We will accept nothing else."