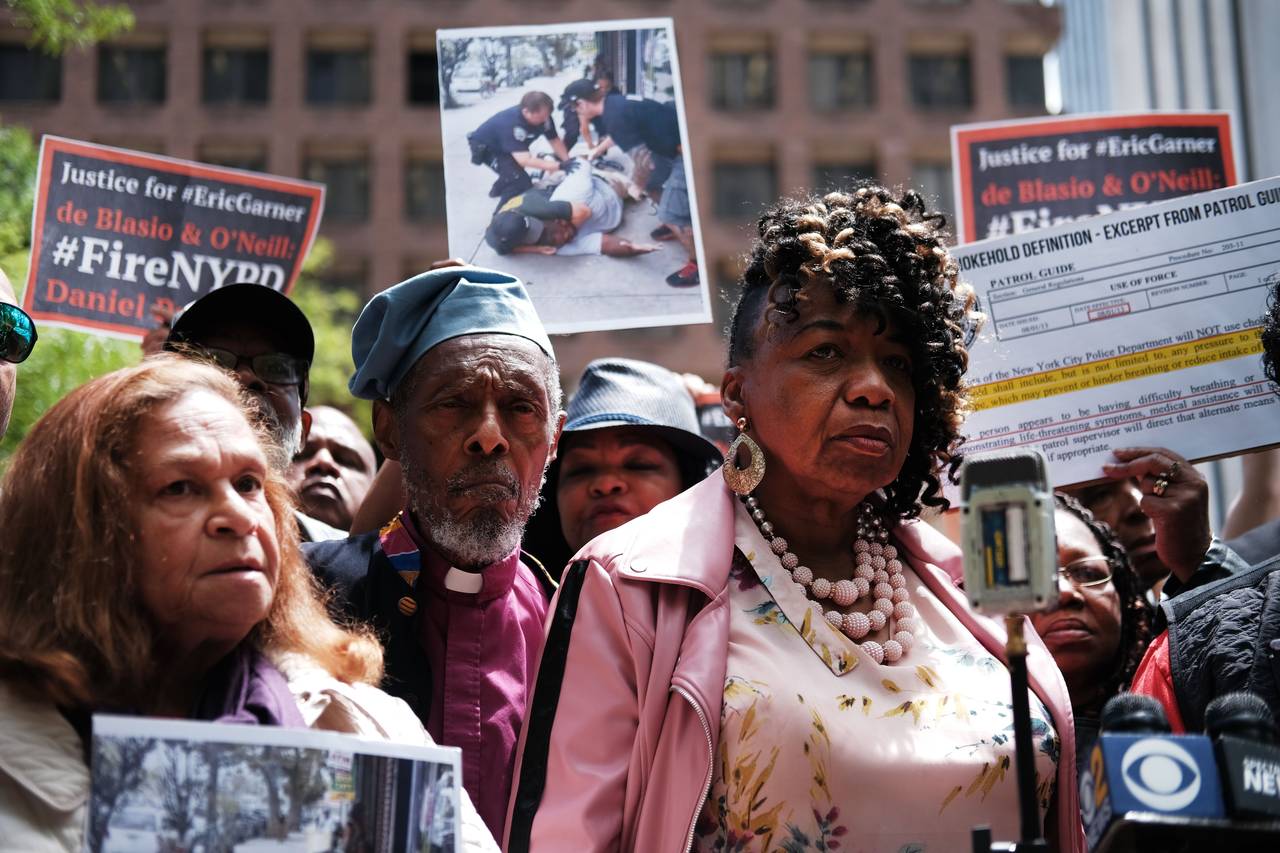 New York Police Department officers involved in the arrest of Eric Garner attempted to calm him before applying force, according to testimony by the partner of Officer Daniel Pantaleo, who faces disciplinary charges over the 2014 death of Mr. Garner.

NYPD Officer Justin D’Amico, who participated in Mr. Garner’s arrest alongside Officer Pantaleo on Staten Island, testified Tuesday before a packed courtroom in the administrative trial against Officer Pantaleo, who is accused of recklessly using force by chokehold and intentional strangulation in connection with Mr. Garner’s death.

The trial, held in NYPD headquarters in Manhattan, is an internal disciplinary proceeding within the NYPD prosecuted by lawyers from the Civilian Complaint Review Board. The watchdog agency was granted the authority to prosecute certain misconduct cases in a 2012 agreement with the NYPD.

Officer D’Amico doesn’t face charges in the arrest of Mr. Garner, a Staten Island man whose death prompted protests across the U.S. over issues of race and police tactics.

Officer Pantaleo might not take the stand, so Officer D’Amico’s testimony could be among the most important evidence offered in his defense, said Stuart London, who is representing Officer Pantaleo.

Mr. Garner was selling untaxed cigarettes illegally on Bay Street when he was approached by Officer D’Amico and Officer Pantaleo and placed under arrest, Officer D’Amico said.

Officer D’Amico testified that he spent nearly 10 minutes trying to mollify an enraged Mr. Garner before Officer Pantaleo placed his hands on the 27-year-old and brought him to the ground in what prosecutors are calling a prohibited chokehold. Officer Pantaleo’s defense team has denied he used a chokehold.

“I just tried to calm him down. Talk to him,” Officer D’Amico said of Mr. Garner. “He was irate.”

A video of Mr. Garner’s arrest shows him repeating, “I can’t breathe” 11 times as he is being restrained by multiple officers. Mr. Garner went into cardiac arrest minutes later and never regained consciousness. A medical examiner ruled his death a homicide.

Officer D’Amico said police placed Mr. Garner on his side after he was handcuffed in an attempt to facilitate his breathing. He also testified that Mr. Garner appeared to be possibly feigning unconsciousness after he went limp in his restraints.

At the trial’s conclusion, expected in June, an NYPD judge will make a recommendation to Police Commissioner James O’Neill, who will decide whether Officer Pantaleo remains on the force.