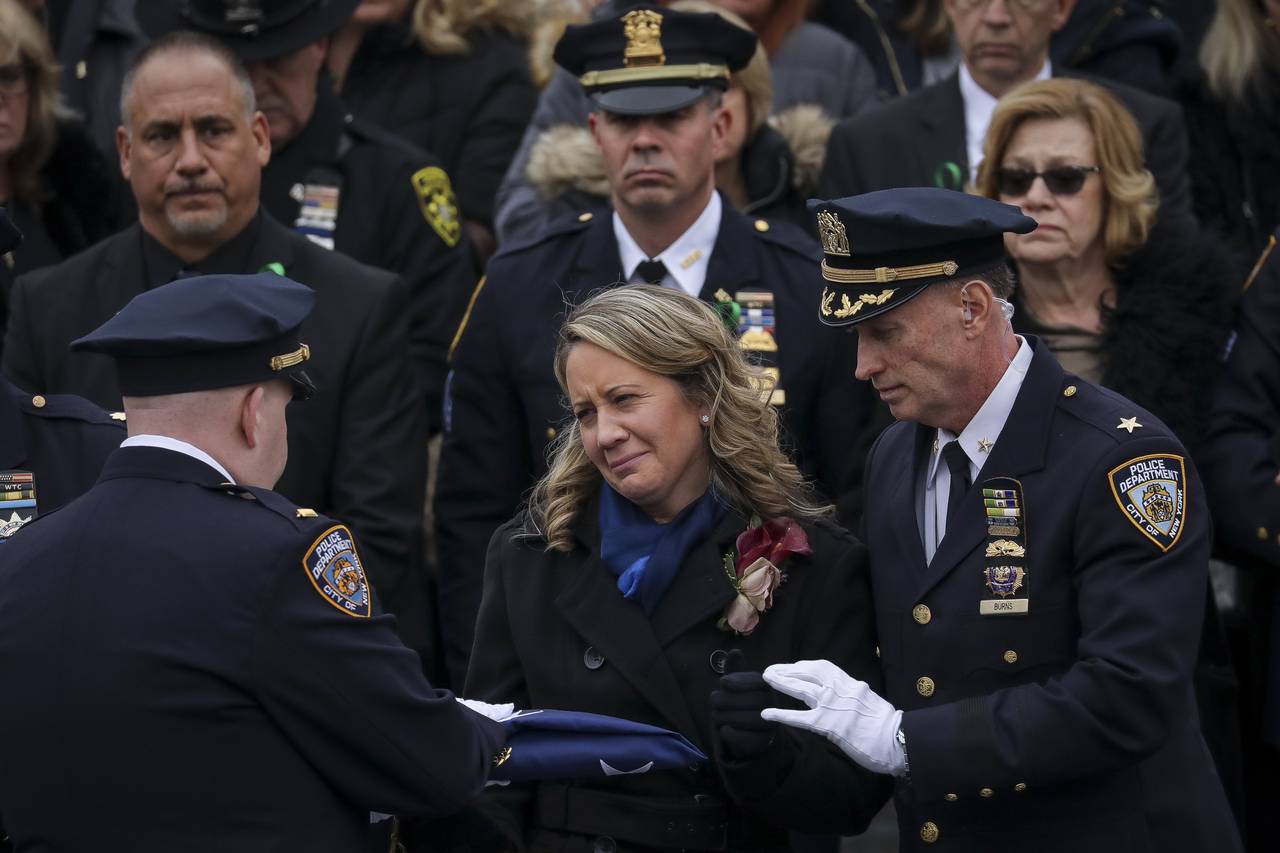 Thousands of mourners on Wednesday gathered at a Long Island church for the funeral of a New York Police Department detective who was killed last week while responding to a robbery in Queens.

Det. Brian Simonsen, 42 years old, was remembered as a hardworking crime-fighter who was a loyal friend, partner and husband. He spent his entire 19-year career at the 102nd Precinct in Queens, turning down higher-profile positions in the department because he wanted to continue to solve cases, according to his partner, Det. Richard Waters.

“Brian was a true friend, who never wanted anything in return” Det. Waters said during the service at St. Rosalie Catholic Church in Hampton Bays. “He never complained about anything.”

Det. Simonsen was killed in crossfire while responding to a robbery in progress at a cellphone store in Richmond Hill, Queens, on Feb. 12. NYPD Sgt. Matthew Gorman was shot in the leg during the gunfire.

Det. Simonsen’s nickname was “Smiles” because of the way he loved to make people laugh, his friends and family said. Police Commissioner James O’Neill said in his eulogy that Det. Simonsen showed his dedication to the job in his daily commute: He traveled 140 miles round-trip between his home in Suffolk County, N.Y., to Queens.

“When new cops came into the command, they always talked to Brian, who made sure they learned how to do things the right way,” Commissioner O’Neill said. “And if anyone had something difficult in their lives going on, they’d find Brian.”

The NYPD arrested two people for roles in Det. Simonsen’s death. Suspect Christopher Ransom was charged with second-degree murder. Police officials said he used a fake handgun to try to rob the cellphone store and waved it at responding officers.

“What Brian was willing to do for his fellow New Yorkers, what he was willing to do because he believed he was there to protect,” Mr. de Blasio said at the funeral. “What a measure of a man who approaches danger fearlessly, something that few can truly do.”