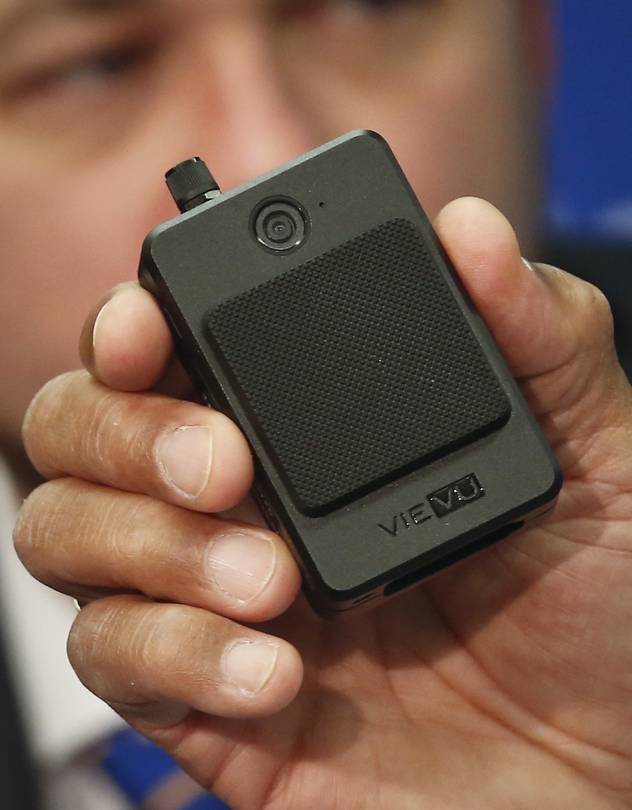 Body-worn cameras enhance the safety and accountability’ of members of the NYPD, the police commissioner says. PHOTO: BEBETO MATTHEWS/ASSOCIATED PRESS

The New York City Police Department said it had equipped all of its 20,000 uniformed officers with body cameras, notching a new milestone in the rollout of the devices despite setbacks last fall when some of them malfunctioned.

“Body-worn cameras enhance the safety and accountability of the dedicated men and women of the NYPD while improving their ability to ensure public safety,” he said.

Officers in specialized units, including Emergency Services and the Strategic Response Group, will be outfitted with body cameras by August, according to the NYPD.

The NYPD introduced its body-worn camera program in April 2017, with 1,300 officers wearing the cameras at 20 precincts around New York City. It expanded the program at the end of 2017.

The department’s original goal was to equip all uniformed officers by the end of 2018, but the program was temporarily halted after a device burst into flames in October. A police officer took his body camera off when it was smoking and it then exploded, police said at the time. He wasn’t injured.

The NYPD then recalled nearly 3,000 models of the camera that exploded, Vievu’s LE-5 model, and replaced them with the LE-4 model and Axon Body-2s model. Axon, the company that acquired Vievu last year, said in October that safety was its primary concern.

“We will do whatever is necessary to quickly and safely resolve this situation,” the company’s spokeswoman said.

NYPD officers are required to turn on the cameras when stopping or searching someone, issuing a summons or making an arrest. Last month, an appellate court ruled that body-camera footage could be released under records requests by the public and the media, and the NYPD said it has started reviewing footage to respond to these requests. Since the rollout of the program, the police department has released video footage at their discretion.