PBA: Board Engaging in Political Activity 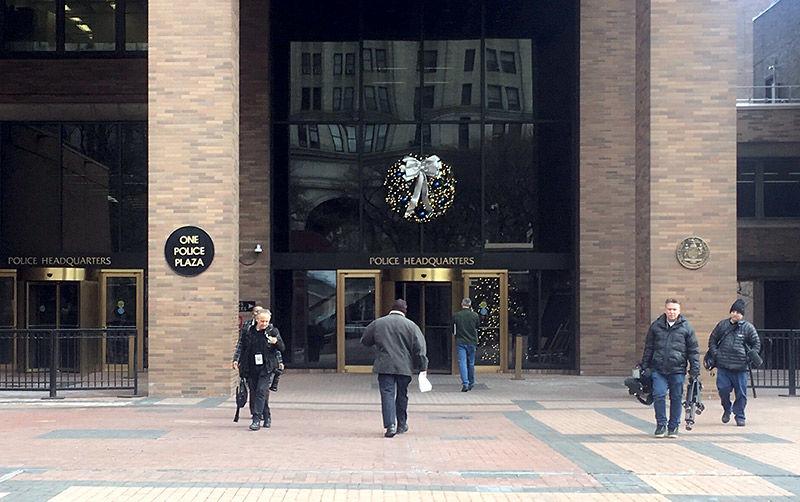 REPEAL OR REFORM? Prosecutions of NYPD police officers by Civilian Complaint Review Board lawyers are held at NYPD headquarters in Tribeca. The outcome of those trials, and any discipline arising out of the proceedings, typically remains confidential under a section of the state Civil Rights Law. During its meeting Nov. 13, the CCRB hosted a discussion on the possible dismantling of that law during the next legislative session.

With the Legislature just weeks away from reconvening, criminal-justice reform advocates have been making the case for full repeal of a state law that prohibits the public disclosure of police officers’ personnel records.

“Shielding law-enforcement files in such a way is akin to shielding employee files from the employer; after all, NYPD and correction officers are public servants employed by the people, the public,” Jon McFarlane, an advocate with Brooklyn-based VOCAL-NY, said at the Nov. 13 meeting of the Civilian Complaint Review Board. “Why would we not want to see how these employees conduct themselves on the job?”

The CCRB, the independent city agency that investigates and prosecutes complaints by the public against NYPD officers, discussed proposed legislation, likely to be considered next year, that would amend or fully repeal the law.

Mr. McFarlane was among more than a dozen who spoke up for full repeal, including the board’s chairman, the Rev. Fred Davie.

“I do personally believe that complete repeal of 50-a would be the most effective way for getting the kind of information to the public that we need to get about police discipline,” he said, emphasizing that his comments reflected his personal sentiments rather than those of the board.

In an Oct. 31 letter to the board chairman, the union president, alluding to the CCRB’s Nov. 13 meeting agenda, said the CCRB’s discussion of possible repeal and Mr. Davie’s would amount to “improper” activism.

“By wading into this political issue, CCRB has once again strayed far beyond the bounds of its authority...because if falls far outside of the purview of the CCRB’s Charter mandate to ‘receive, investigate, hear, make findings and recommend action upon complaints by members of the public’ that are within its limited jurisdiction,” Mr. Lynch wrote. He copied the city’s Conflicts of Interest Board.

The PBA did not respond to inquiries about whether it had received a reply from the CIB or filed a formal conflict of interest complaint.

For just as long as advocates have been calling for changes to the law, Mr. Lynch and the PBA have opposed the effort, saying that any weakening of 50-a, let alone full repeal, would have harmful and possibly lethal consequences for officers accused, rightly or wrongly, of misconduct.

But supporters of repeal, including civil-liberties attorneys, say that the state’s Freedom of Information Law, which would most often be the vehicle by which personnel records were publicly released, ensured that officers’ personal information, including addresses and names of family members, would be redacted. 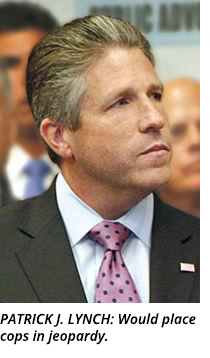 The PBA has been unconvinced. “The FOIL privacy exemptions would still allow employers, under pressure from anti-police advocates, to publish false or frivolous complaints that serve no purpose apart from furthering their campaign to demonize police officers,” Mr. Lynch said in February.

The PBA has several times gone to court to contest challenges to the law in the last few years.

At the CCRB meeting, at which dozens spoke in favor of repeal, Nahal Zamani, an advocacy program manager with the Center for Constitutional Rights, said that despite 50-a, leaks of information have revealed what she said were “extensive disciplinary failures,” including the NYPD’s preference for little or no punishment and the department’s downgrading of discipline from that suggested by the CCRB for officers who were found guilty of misconduct.

Still, Ms. Zamani said, repeal would allow the board to best pursue its mission and mandates, including broad, department-wide analyses of misconduct. “Because of the law, many of the board’s conclusions, as well as any action taken by the NYPD following substantiation of misconduct, remain shielded,” she said. “Merely modifying 50-a would still shield important information about discipline and misconduct and lead to the same abuses and issues.”

CCRB member Erica Bond, an attorney who has worked with city government, including on criminal justice issues, said that among the “important’ reasons she is favor of repeal, is “to hold the CCRB accountable.”

She noted that several other states have more liberal laws with regard to disclosure of police-misconduct records. “And those laws do not in any way impinge on the ability of those states to have fair and just criminal-justice systems,” she said. Ms. Bond added she had not heard that the release of those records had compromised the safety of officers in those states.

“This would not be an experiment that New York State would be embarking on,” she said. “There is precedent for doing this, and doing this in a manner that is safe and fair both for civilians but also for police officers.”

Mr. Davie indicated that the board would revisit the issue, including by deciding whether its members would take formal action.