EXCLUSIVE: NYPD wants Civilian Complaint Review Board to show how its members vote on police cases 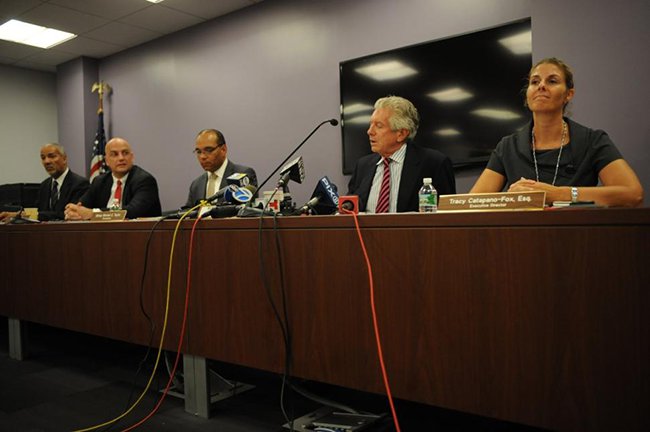 Richard Emery (c.), the CCRB chairman, was appointed by the mayor. Emery said the NYPD didn't provide a strong reason for the board to show how it votes on cases involving cops. (SUSAN WATTS/NEW YORK DAILY NEWS)

The NYPD wants the Civilian Complaint Review Board to be more transparent by revealing individual votes whenever an accusation made against a cop is substantiated.

The request by the NYPD — raised at the board’s last public meeting — immediately raised questions among some board members.

“The reason I’m a little bit reluctant, what we do is analogous to deliberating,” board member Bennett Capers, a mayoral appointee, said at the meeting. “And the tradition of juries deliberating is they deliberate in secrecy. There’s a long tradition behind that. So, I’d be sort of reluctant to sort of break with the tradition absent a strong reason.”

Richard Emery, who chairs the CCRB and is also a longtime friend of Police Commissioner Bill Bratton, said the NYPD “didn’t provide a strong reason” other than to indicate the department wants “to see who is voting which way, and if there are patterns in particular cases, how particular board members are voting with respect to different types of allegations.”

Emery said he personally has no issues with the request.

But he said if the board ultimately votes in favor of it, then those who file complaints against officers should also be told how each board member voted.

The CCRB, under terms of a 2012 agreement with the NYPD, prosecutes most of the substantiated cases in which the board recommends charges against the accused officer. 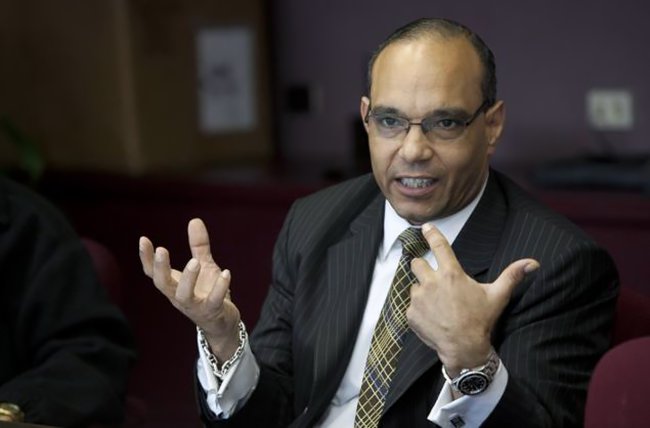 Bishop Mitchell Taylor, a Council appointee, said in the past that some CCRB members feared retribution. (ALLISON JOYCE/ALLISON JOYCE)

Christopher Dunn, the associate legal director for the New York Civil Liberties Union, said the NYPD is clearly trying to figure how the board members appointed by the mayor and City Council are voting “and what to do about it.”

NYPD spokesman Peter Donald said police are trying “to gain a better understanding of what the board members face in their deliberative process and a clearer sense of how the panels arrive at their decisions.”

Emery, however, said police only asked for a tally — not any comments from board members.

But board member Bishop Mitchell Taylor, a Council appointee, said in the past that some board members feared retribution.

“I know that there were instances where people were not comfortable with writing notes that would be memorialized because they feared that they may be targeted or looked at in a different light,” Taylor said.