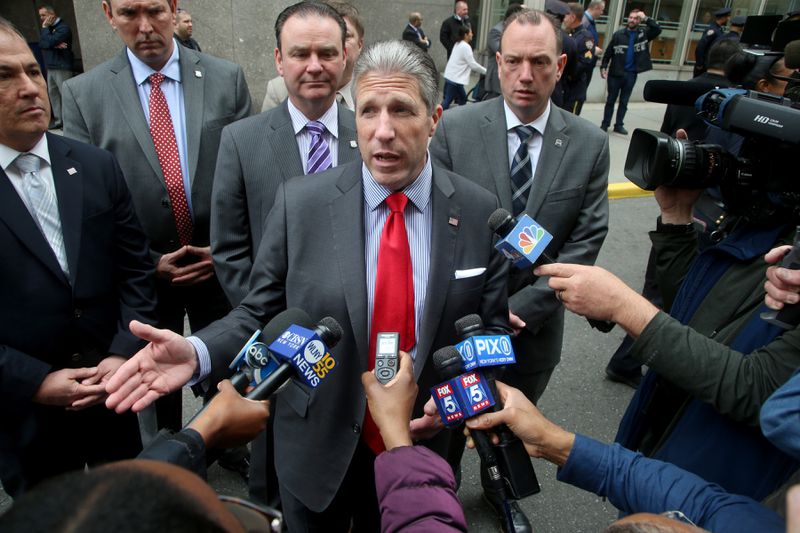 Mayor de Blasio’s police problems are following him to the Sunshine state for Wednesday’s presidential debate.

Police Benevolent Association Pat Lynch and more than two dozen union members are headed to Miami to protest Hizzoner’s labor practices and “mismanagement” of the city before the first televised Democratic primary match-up.

“He has devoted far more time to chasing his own political ambitions than to addressing New York City’s myriad crises — the population of homeless New Yorkers is ballooning and the mental healthcare system is in shambles, all of which has only added to the challenges police officers face on the streets,” Lynch said in a statement.

Joined by the Dade County PBA, Florida State PBA and NYPD retirees who live in the state, the union will demonstrate outside the Adrienne Arsht Center for the Performing Arts at 6 p.m. Wednesday until the debate begins at 9.

The PBA also took out a full-page ad in Wednesday’s edition of the Miami Herald using the mayor’s own 2020 slogan against him, declaring that de Blasio “puts WORKING PEOPLE LAST.” The newspaper ad also features the green and blue colors used in de Blasio’s website and on his campaign materials.

“Mayor Bill de Blasio is campaigning for president under the slogan ‘Working People First,’ but apparently that doesn’t apply to the people who work for him,” Lynch said. “Over the past six years, he has offered city workers below-inflation raises, cut health benefits for both current employees and retirees, all while boosting his own pay by 15%."

The PBA and the city are in arbitration after reaching an impasse in contract negotiations last year.