By JOHN ANNESE and GRAHAM RAYMAN 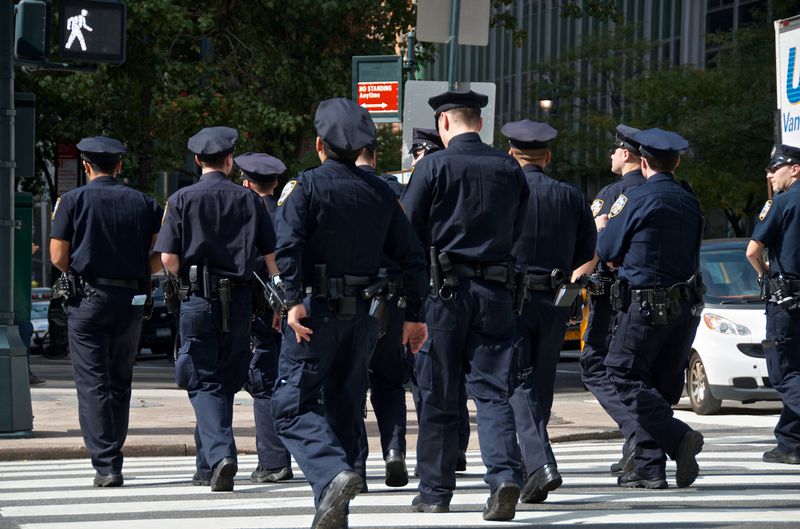 Several of the unions that represent uniformed officers have been quietly meeting to see if they can come up with a joint deal for a new contract the city will accept before the largest police union argues its case in arbitration next month, sources said.

The effort over the past two months comes as the city presses the uniformed unions to accept what is essentially the same deal that civilian unions agreed to.

Unions repping detectives, sergeants. lieutenants, and captains, along with corrections officers have been concerned if they wait for the Police Benevolent Association’s arbitration ruling, the outcome may not be favorable, a union source said.

Because the other police unions are smaller and tend to be older than rank-and-file cops, they have more to risk if the arbitration ends with the PBA getting a raise, for example, but having to give something up. In past years, that meant lower salaries for incoming rookie cops in exchange for better raises for veteran officers.

That would put the pressure on other unions to accept the arbitration numbers — a bitter pill to swallow since the higher-ranking unions don’t have rookies to take lower salaries.

“We’ve had discussions and we all had input,” a union official said. “We’re still talking.”

The Detectives Endowment Association decided not to go along with the effort to come up with a joint offer, sources said.

“Each round of bargaining is unique and presents its own set of challenges and risks whether you proceed before or after the PBA,” said union president Michael Palladino. The captains, lieutenants and sergeants unions declined to comment.

The uniformed unions countered with several options, including one with 10.3% increase over 48 months and the uniform differential funded entirely on the first day of the contract, sources said. The city rejected them, a source said.

PBA president Patrick Lynch said his union is going to arbitration because its members feel cops are underpaid in New York City.

“The city’s current offer of below-inflation raises does not work for New York City police officers, who are underpaid by upwards of 30% in comparison to State Troopers, Port Authority police officers and others with whom we work side-by-side," he said. “We look forward to making our case in arbitration.”

“The work of our uniformed services is crucial to the safety of New Yorkers and we are proud of all that they do," she said. "We have successfully negotiated contracts with almost 70% of our represented employees for the 2017-2021 round of bargaining, and we look forward to sitting down and negotiating with all the unions who want to come to the bargaining table.”