‘Why did my first accident have to be a cop?’ Driver accused of killing NYPD Officer Anastasios Tsakos in drunken hit-and-run whined about her plight: prosecutors

By WES PARNELL and LEONARD GREENE 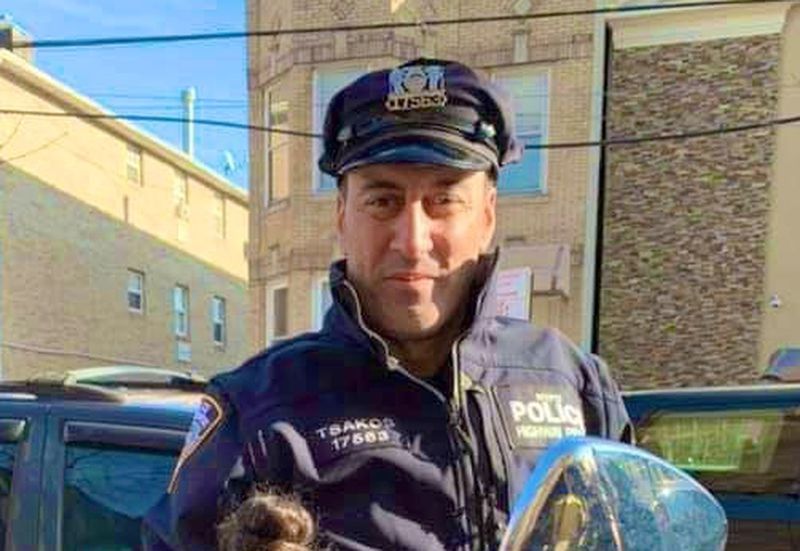 A hit-and-run drunken driver whose car killed a cop on the Long Island Expressway told police she didn’t “deserve” to be arrested even though she admitted she smoked weed, drank wine and downed at least two shots of tequila before getting behind the wheel, prosecutors said Tuesday.

Jessica Beauvais said she “heard a thump,” but insisted she didn’t realize she had hit someone on April 27 after she mowed down NYPD Highway Patrol Officer Anastasios Tsakos, a 14-year veteran, who was directing traffic along a stretch of the LIE in Queens.

Hours earlier, Beauvais had been on a podcast condemning cops in the wake of guilty verdicts against Derek Chauvin, the former Minneapolis police officer convicted of murder in the May 25, 2020, death of George Floyd.

“Why did my first accident have to be a cop?” Beauvais whined in the back seat of a squad car in a rant caught on body cam video. “Not that I wanted it to be someone else, but f--k, I’ve been driving since I was 16 and haven’t hit as much as a pothole.’” 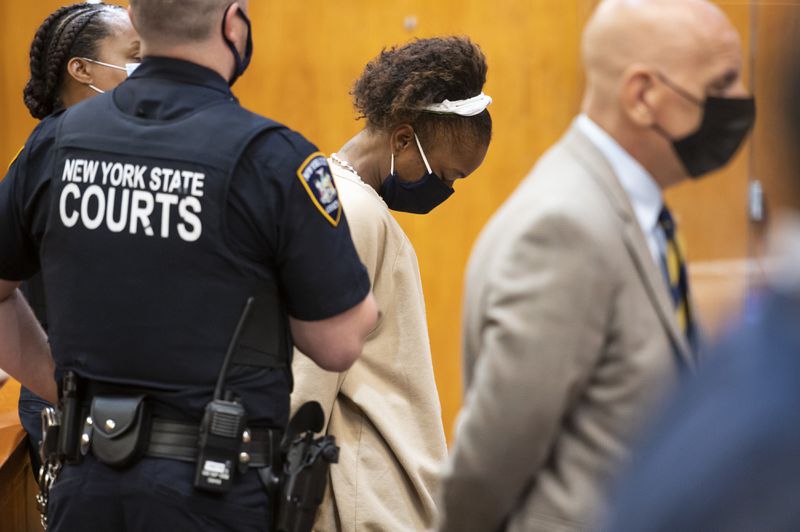 Jessica Beauvais bows her head at her arraignment as she is indicted in Queens Criminal Court for the killing of a NYPD Officer in a fatal hit and run crash, Tuesday, May 25, 2021, in New York.  (Corey Sipkin/for New York Daily News)

Cops said Beauvais ignored traffic cones and flashing lights before striking Tsakos, 43, with her Volkswagen Passat. With her windshield smashed, she sped away from the crash but was arrested a mile away — where she ranted and swore at cops as they took her into custody, police said.

At a Queens Criminal Court appearance Tuesday, Judge Michael Aloise denied bail after prosecutors listed a series of incriminating comments Beauvais made to cops after she was arrested.

‘I was driving tonight,” Beauvais told cops at the precinct stationhouse. “I was operating the vehicle, I was going to pick up my son. I came from the studio, I had a shot of Absolut 1800. I don’t drink, I smoke.’” 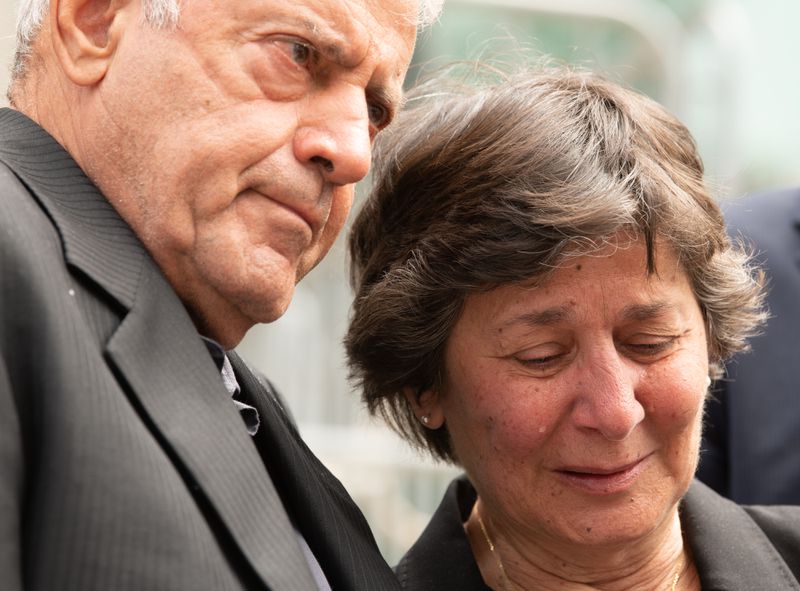 ‘I smoke weed regularly,” she said, according to prosecutors. “I drank two glasses of wine and dropped my son off in West Hempstead [L.I.], I smoked at the podcast studio. I had two more glasses of wine and had two shots of 1800 Patron, I don’t know why they stopped me. Speeding, I guess. They say I hit someone. I heard a thump.”

Beauvais was remanded without bail on charges including DWI and vehicular manslaughter. If convicted, she faces 15 years in a state prison. 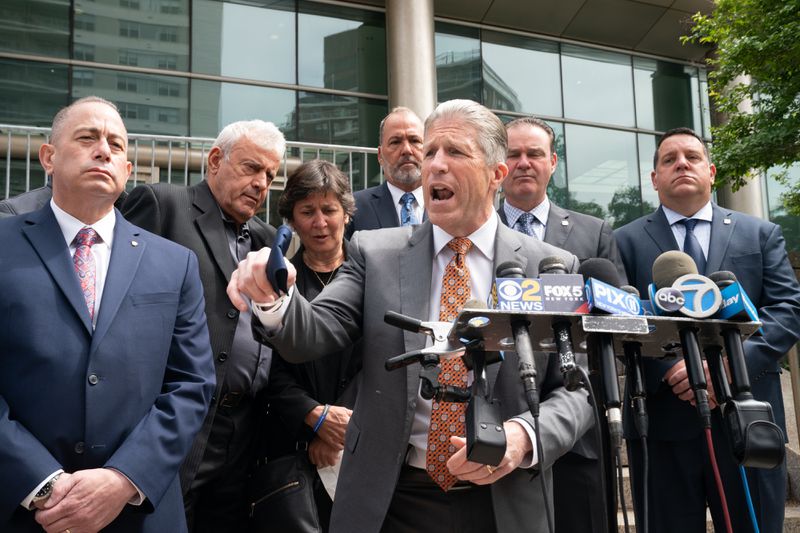 Beauvais, 32, entered Queens Criminal Court in a tan jumpsuit with her hands shackled behind her back. As she walked in, members of her family, including her 13-year-old son, stood up and reached out toward her before court officers sternly warned them to stay seated.

As Beauvais exited, she turned back to her family with tears going down her face, and her family members nodded in encouragement before she was walked out of the courtroom.

Also in the courtroom were Tsakos’ parents along with a host of police officers and union members from the Police Benevolent Association and the Detectives’ Endowment Association.

Prosecutors said Beauvais was speeding and hit Tsakos with such force that his body flung into the air, coming to rest 100 feet away in a grassy shoulder.

One of his legs was severed.

“What bothered me is that we had to go through a trial to prove that George Floyd didn’t f-----g kill himself,” Beauvais said during the podcast, which she posted on Facebook. “If you were afraid for your life, go be a secretary at Walmart. Do us all a favor. Go open up a day care. But please stop hitting us with the bulls--t excuse that you felt threatened about something.”

“She’s been remanded, but let me tell you this, when you look in that courtroom and see that woman, she doesn’t look evil, but the words she said the night before were hurtful,” Lynch said. “She doesn’t look evil, but her actions created evil. She has to answer for what she’s done. She has to pay for the consequences that those hateful words and those evil actions caused to a police officer and his family. She knows she did it because she confessed to it. She’s in prison now because she ran. She meant to run. She didn’t care about any other police officers or the public.”

Tsakos is survived by his wife and children, a 3-year-old son and 6-year-old daughter. 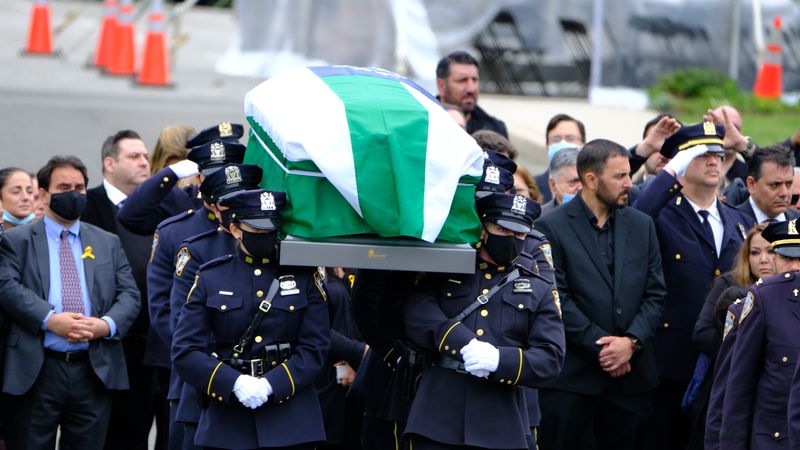