The officer who was struck with the chair is in a medically induced coma but is stable. He fatally shot the alleged attacker. 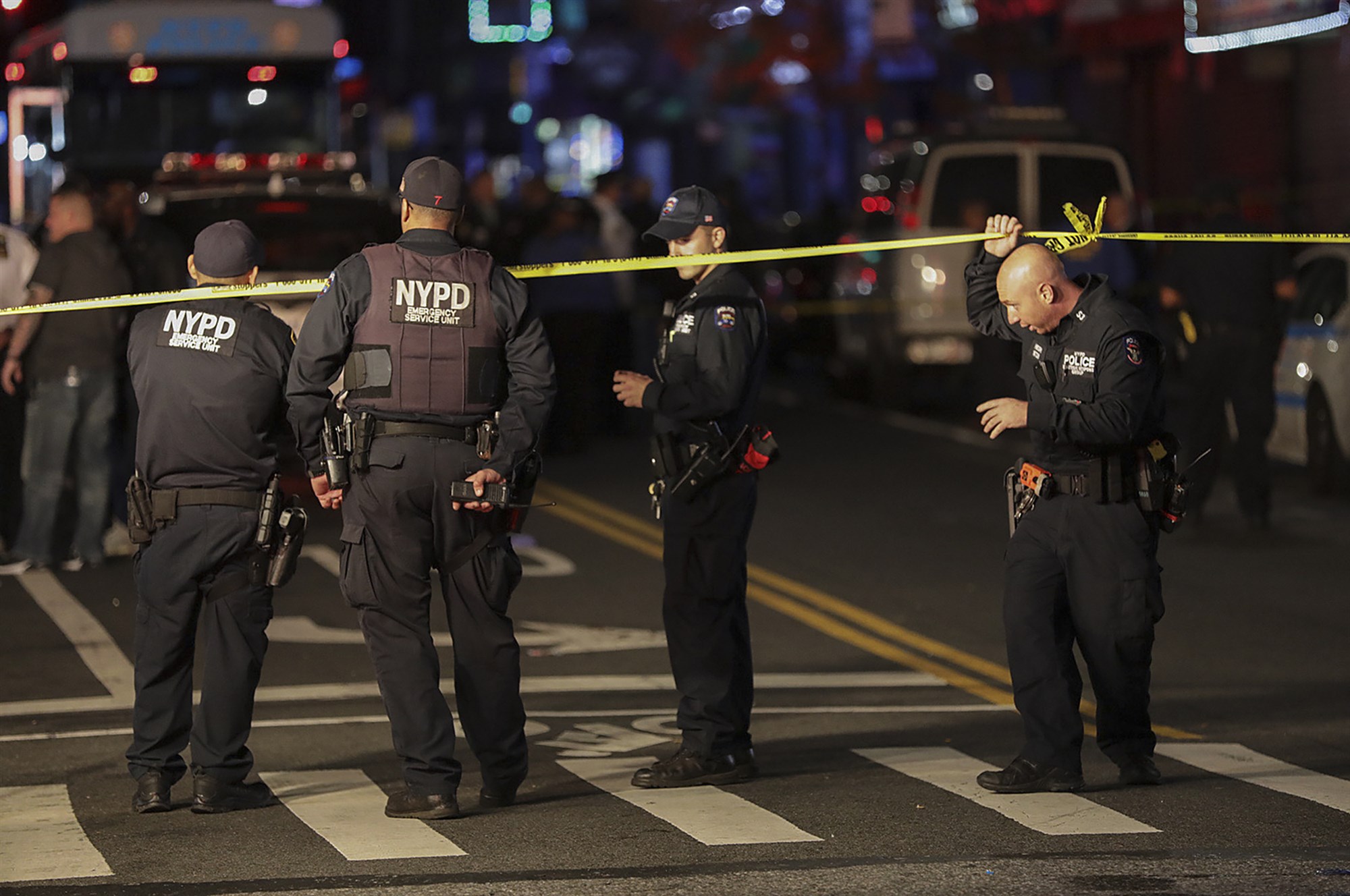 New York Police investigate the scene of a shooting where two police officers were injured and one person was shot in the Brownsville neighborhood of Brooklyn, New York on Oct. 25, 2019. Julius Motal / AP

A New York City police officer was in a medically induced coma after being struck in the head with a metal chair during an arrest Friday in a Brooklyn nail salon, police said. A suspect was fatally shot in the incident.

Officers were flagged down and tried to arrest a man who went into the nail salon, who after asking to use the restroom, began urinating on the floor of the store in the Brownsville section of Brooklyn around 5:40 p.m., NYPD Chief of Patrol Rodney Harrison said.

That man, who was wanted on a criminal mischief warrant, was resisting arrest when another man described as a peddler entered the salon and began fighting with police, Harrison said.

One of the two officers tried to use a stun gun but it was ineffective, and the man who rushed in "continued his violent struggle with the officers by raising up a metal chair and striking one of the officers in the head," Harrison said. That officer fired six times, killing the suspect.

The officer who was struck in the head with the chair was in a medically induced coma and was in critical but stable condition, he said.

"Once again, we're standing at a hospital because one of our brave officers was injured while keeping New Yorkers safe," Harrison said. "This time it’s because [of] a man who violently interfered with a lawful arrest."

No one involved in the incident had been identified by police, but Harrison said that the officer who was struck in the head had been with the department for 21 years and his partner has 7 months on the job. The second officer was treated for tinnitus and released.

The station reports there have been six police-involved shootings across New York City since the end of September, five of which were fatal.

Patrick Lynch, president of the Patrolmen's Benevolent Association, said at the news conference that attacks on officers must stop.

"It seems like it's only been days since we had to rush to a hospital, because it is," Lynch said. Once again, we had police officers responding to calls for help from the public and was set upon."