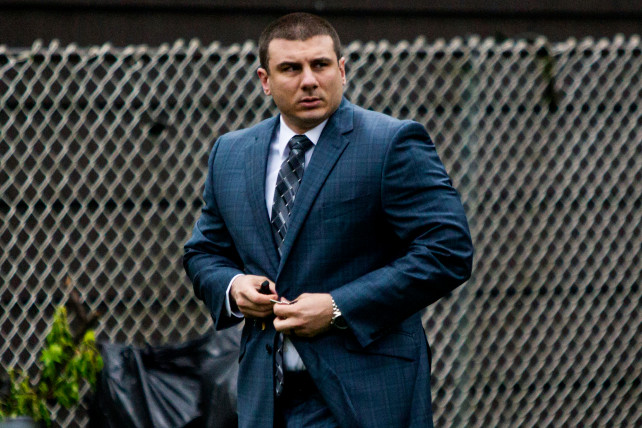 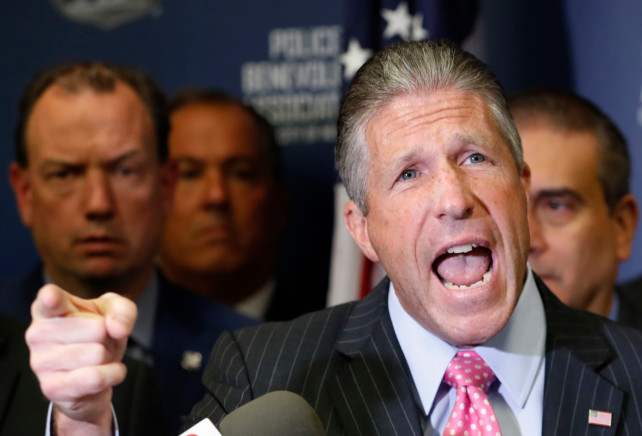 Police Benevolent Association president Patrick Lynch called Friday “one of the saddest and most damaging days in the history of New York City and the New York City Police Departments.

“We just found out that no one will stand up for what’s right against wrong,” the police union chief said. “Our police officers, unfortunately, are in a position of having to protect themselves rather than spending time protecting you.

“The only hope for justice now lies with Police Commissioner O’Neill,” Lynch said. “He knows the message that this decision sends to every cop: We are expendable, and we cannot expect any support from the city we protect. He knows that if he affirms this horrendous decision, he will lose his police department.”

“We have waited five years, and the time is now for justice,” she said. “We are calling on Commissioner James O’Neill to follow the recommendation and fire Daniel Pantaleo now.”

Before O’Neill makes a decision on Pantaleo’s fate, the Civilian Complaint Review Board, which prosecuted the administrative hearing against Pantaleo, and the cop’s lawyer will have two weeks to submit motions. O’Neill is expected to issue a final determination on 13-year NYPD veteran Pantaleo sometime this month.

The mayor continued to take heat over the case from hecklers at his press conference who shouted “Fire Pantaleo” — similar to how he was interrupted at Wednesday night’s Democratic presidential debate in Detroit.

A handful of protesters also gathered outside police headquarters Friday evening to call for the officer’s dismissal.

Pantaleo, 34, was placed on modified assignment two days after Garner’s death, as were four EMS workers who responded to the scene.

The case was presented to a Staten Island grand jury to determine if Pantaleo should face criminal charges, but in December 2014, the panel declined to indict the officer.

In July 2015, almost a year to the date Garner died, his family settled its lawsuit against the city for $5.9 million.

Despite the Staten Island grand jury’s vote, federal prosecutors told the Garner family that an investigation into the incident was “ongoing.” 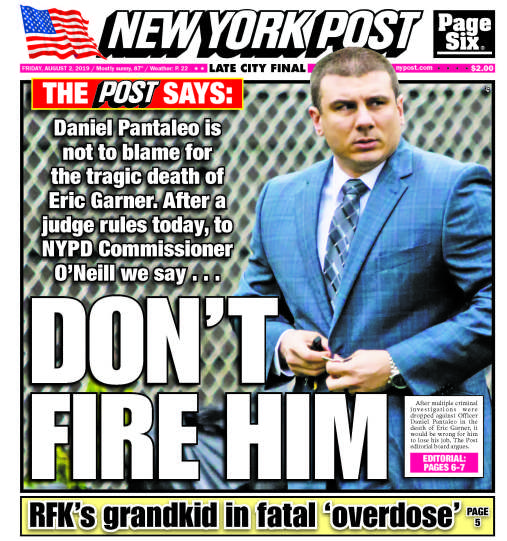 About five months after Garner’s death, then-Attorney General Eric Holder pledged an “expeditious investigation.” Loretta Lynch, the US attorney in Brooklyn who would succeed Holder, also vowed to review the case “as expeditiously as possible.”

But last month, Brooklyn US Attorney Richard Donoghue said that after an extensive investigation, the Justice Department couldn’t prove that Pantaleo “acted in willful violation of the law” — while noting that Garner was not in a chokehold when he repeatedly gasped, “I can’t breathe.”