By Craig McCarthy and Bruce Golding 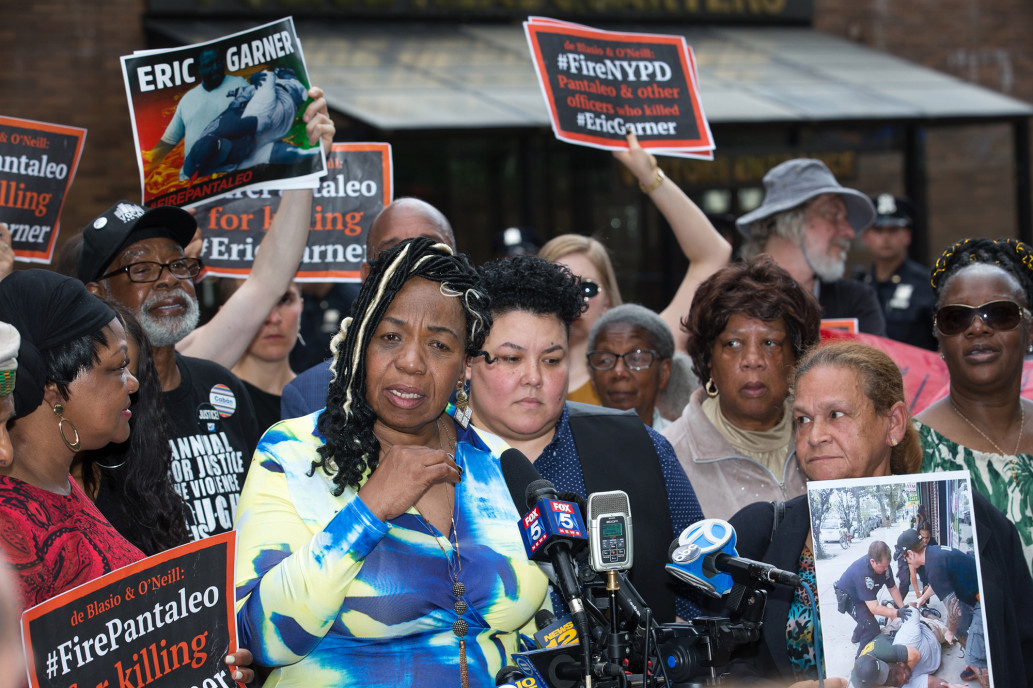 Eric Garner’s mom stormed out of an NYPD courtroom on Thursday during closing arguments defending the cop accused of putting her son in a banned chokehold that led to his death.

Gwen Carr declared, “I can’t listen to this!” and called defense lawyer Stuart London a “snake” as she left the departmental trial of Officer Daniel Pantaleo.

Carr’s outburst came after London insisted Pantaleo had made a “lawful arrest” of Garner in 2014 on Staten Island.

Civilian Complaint Review Board prosecutor Suzanne O’Hare argued, “If, in fact, he was using a seat-belt takedown, it almost immediately went wrong . . . and it quickly became a chokehold.”