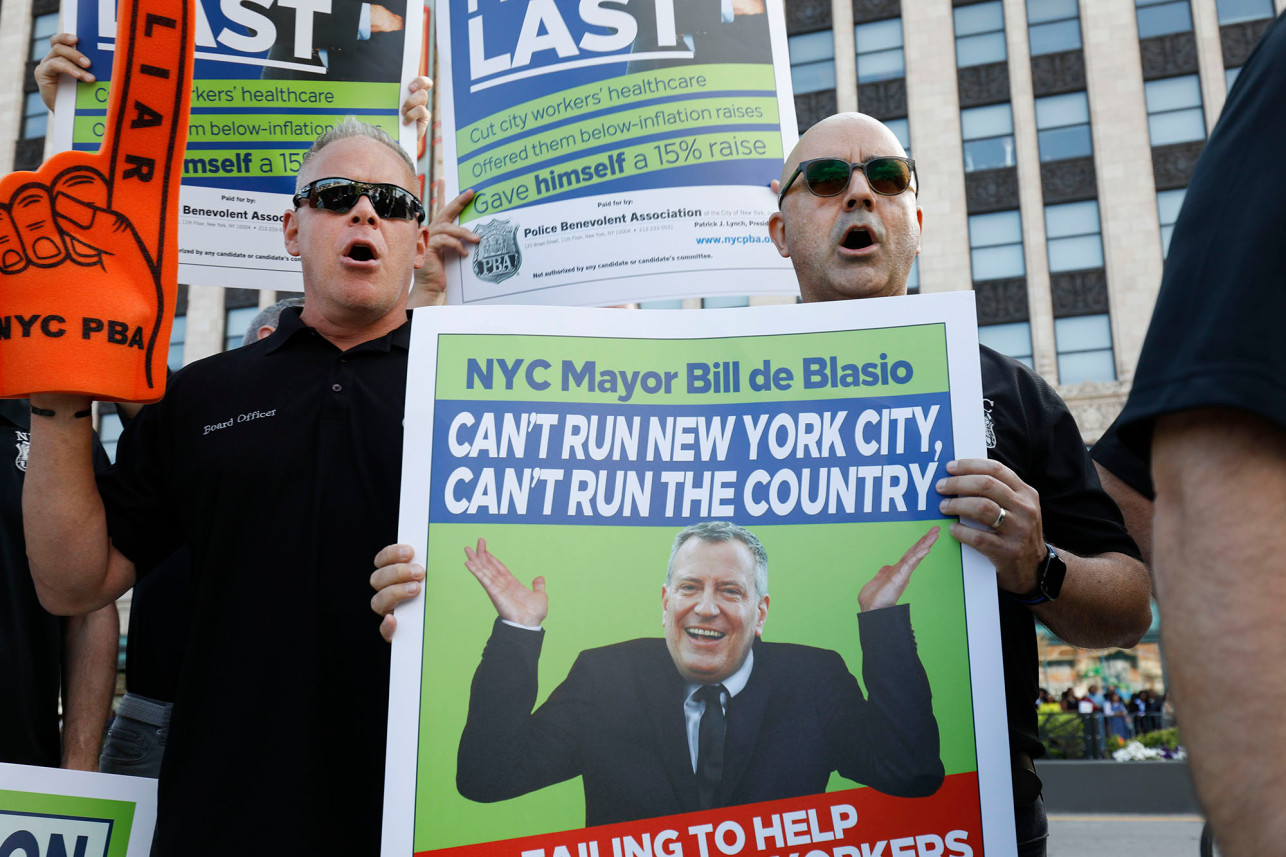 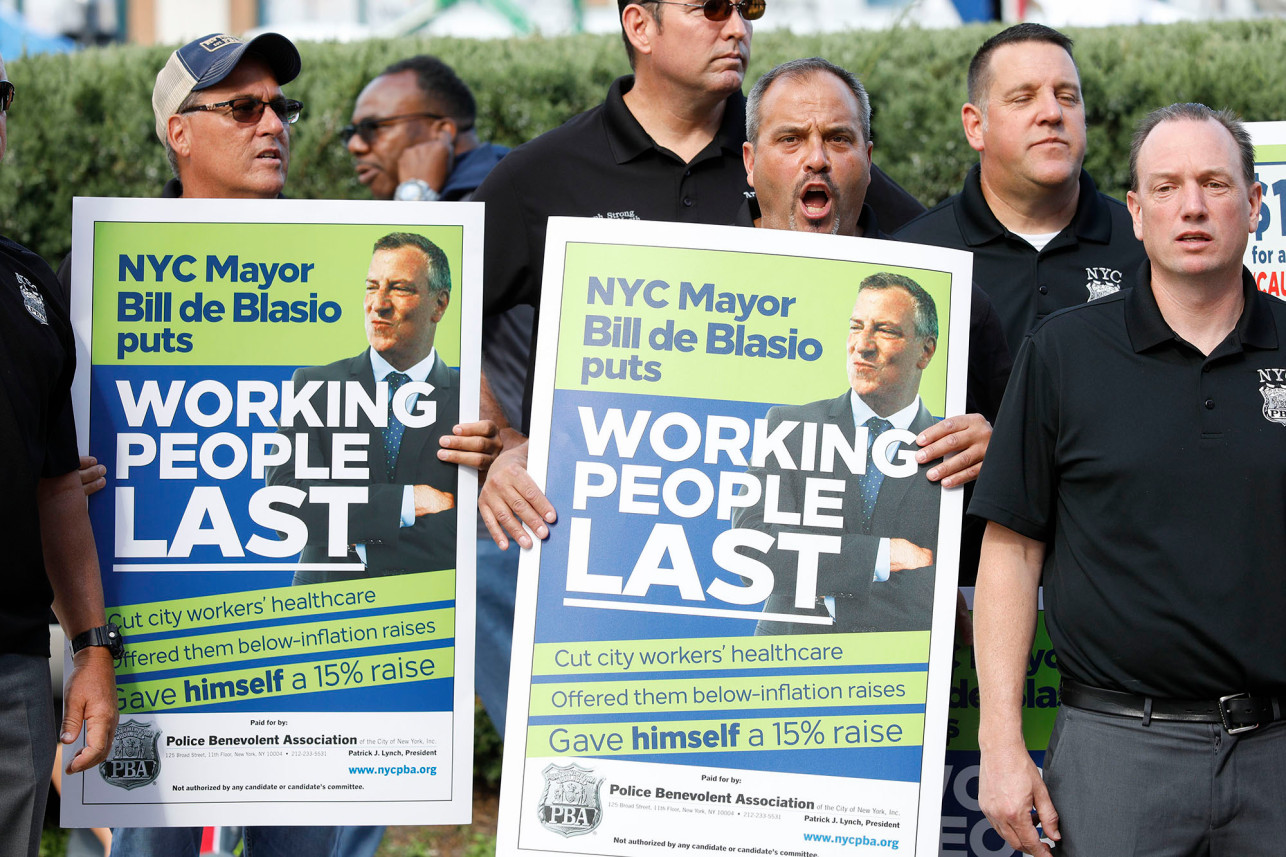 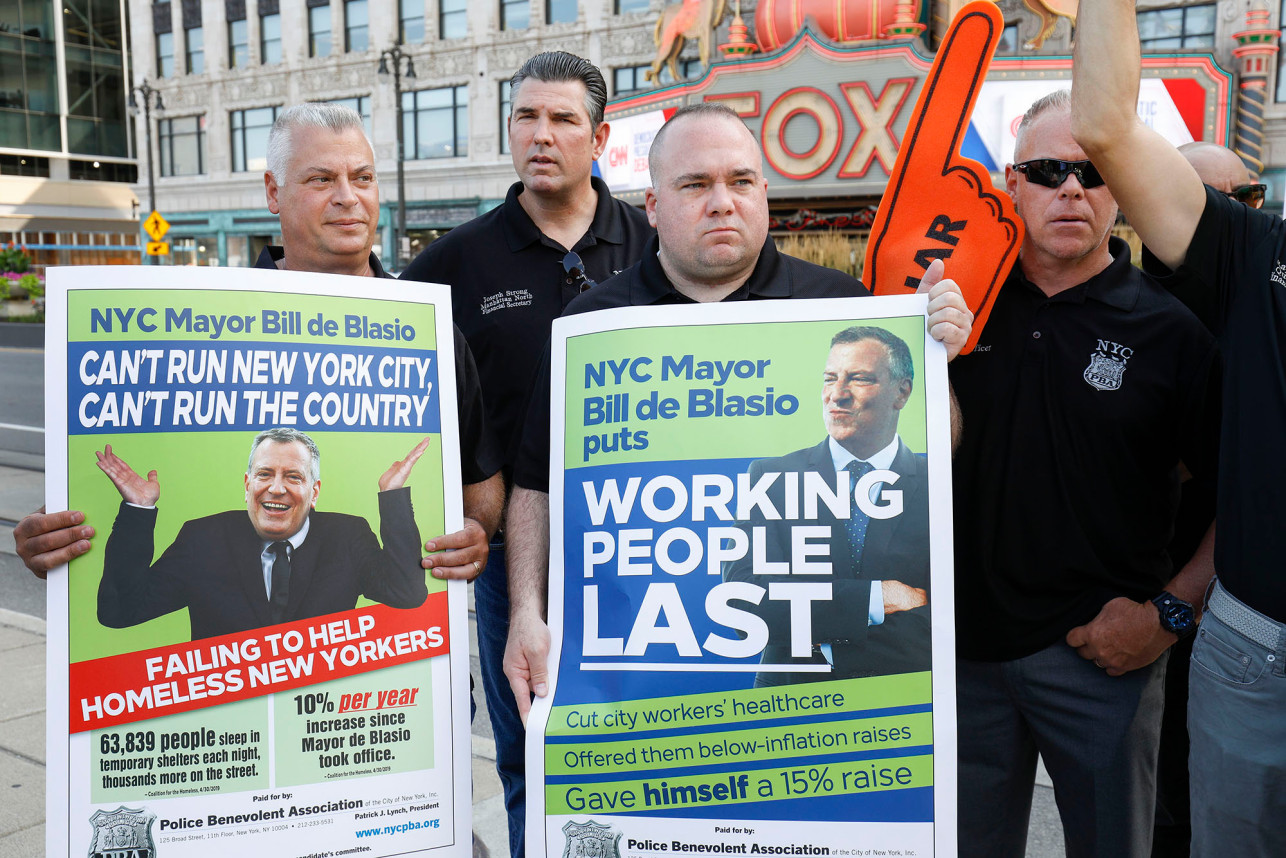 DETROIT, Mich. — A local police union president blasted Bill de Blasio at an NYPD union protest of the mayor outside the Democratic debate venue in the Motor City Wednesday.

“We’re trying to get the attention of their mayor and it’s sad they have to go to this extent to do it but they came to Detroit to ask for our help and we’re here to help them,” said Lt. Mark Young, president of the Detroit Police Lieutenants and Sergeants Association.

New York’s powerful Police Benevolent Association is headed to arbitration with the city over a new contract.

Young joined about 15 members of New York City’s PBA across from the Fox Theatre in downtown Detroit.

“Bill de Blasio, no friend of labor!” they shouted.

Cops have dogged de Blasio around the country during his quixotic presidential campaign, taking out an ad in the Miami Herald during the first Democratic debate and hiring an electric billboard truck in Florida and Michigan to highlight their labor dispute.