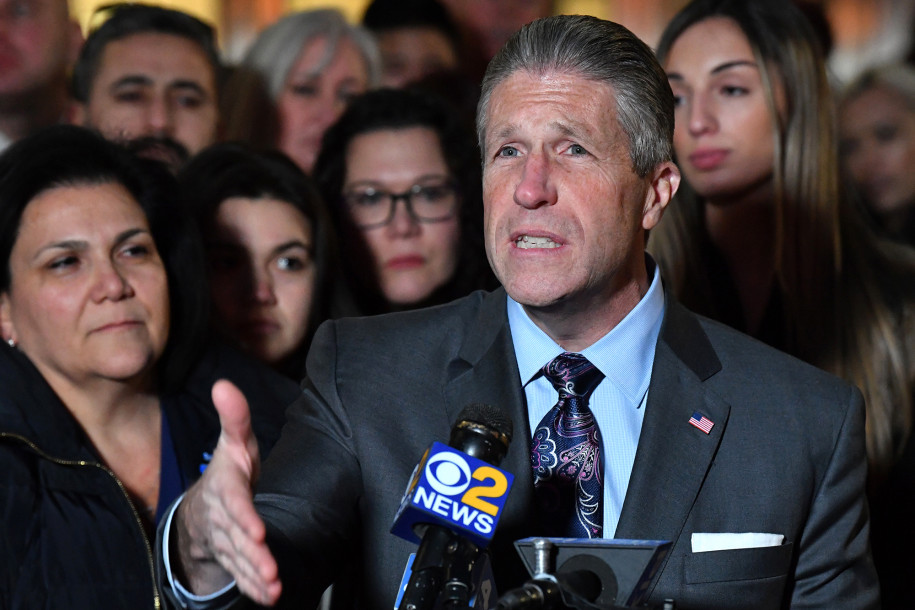 “It is now clear that there we have a public safety emergency in New York City,” Police Benevolent Association president Patrick Lynch said in a statement.

“New Yorkers need to reject Mayor [Bill] de Blasio’s easy excuses,” he continued. “Bail reform is not the only problem here. The double-digit increases in shootings, robberies, burglary and thefts aren’t the product of any single law or policy. They are the result of failed leadership and a political culture that denigrates and devalues the work police officers do.”

Since Jan. 1, the city has experienced a nearly 30 percent spike in shootings compared to the same period last year — as well as a rise in most major crimes, statistics show. Among the seven so-called major crimes, only murder and rape are down.

The largest spike was in auto thefts, which shot up 70 percent to 617 vehicles stolen, or about 20 a day. Robberies were also on the rise by 35 percent or 1,355 people victimized.

“This is what happens when our city leaders sit silent or issue weak, belated statements when the mob in the street chants for ‘dead cops,’” Lynch said. “For the past six years, Mayor de Blasio and many other elected officials have sent a single, clear message about their lack of support for law enforcement. And these terrible statistics show that the criminals of New York have heard that message, loud and clear.”

Mayor de Blasio fired back at Lynch at an afternoon press conference on crime statistics in Harlem.

“If the head of a police union or anyone else says New York City is going in the wrong direction they are rooting against New York City,” de Blasio said. “This is the great irony: Do you have faith in the NYPD or not? I do. Maybe Mr. Lynch doesn’t.”