By Julia Marsh and Craig McCarthy

Mayor-elect Eric Adams has tapped Nassau County Chief of Detectives Keechant Sewell as the first female police commissioner of the NYPD — a stunning, close-to-home pick from a field of seasoned top women cops across the country, The Post has learned.

“I’m here to meet the moment,” Sewell told The Post in an exclusive interview Tuesday, just a couple of weeks before she becomes the city’s 45th top cop.

At a time when the NYPD and the city its officers are sworn to protect are at a crossroads over a sharp rise in street violence and years of anti-cop reforms, her name will join the fabled ranks of change-minded New York police commissioners stretching from Teddy Roosevelt in the 1890s to William Bratton in the 1990s.

“I’m very humbled to even be considered for this and it’s an extraordinary opportunity. And I take it very seriously, the historic nature of this,” she said.

Sewell will be the first woman to take charge of the department in its 176 years.

The surprise choice of the 49-year-old from Long Island — who has led just 351 uniformed officers for the past 15 months — was a “gut choice” for Adams. Sources say he had favored her for months since the hunt began for the next leader of the largest police force in the country with more than 52,000 members

“Keechant Sewell is a proven crime fighter with the experience and emotional intelligence to deliver both the safety New Yorkers need and the justice they deserve,” Adams told The Post

“Chief Sewell will wake up every day laser-focused on keeping New Yorkers safe and improving our city, and I am thrilled to have her at the helm of the NYPD,” Adams said.

Sewell, a Queens native who has 25 years on the job, will be just the third black police commissioner after Benjamin Ward, who served from 1984 to 1989 under Mayor Ed Koch, and Lee Brown, Mayor David Dinkins’ first police chief, from 1990 to 1992.

“I want to let them know that we are absolutely focused on violent crime. Violent crime is the No. 1 priority,” Sewell said.

She will replace Police Commissioner Dermot Shea, who was the third white male to run the department under outgoing Mayor Bill de Blasio.

The pick is a bit of a gamble for Adams that will tie his administration’s early success in combating the recent surge in gun violence and murders to a police executive who has quickly risen in the New York law enforcement community — but is comparatively inexperienced.

Adams is aware of the risk, but picked Sewell nonetheless.

“He’s going on his instinct as an officer for 22 years and being one of the chief critics of the NYPD,” a source close to the mayor-elect told The Post.

Adams was keen on the “emotional intelligence” Sewell showed during the grueling interview process that capped off with an hours-long mock press conference about the shooting of an apparently unarmed black man by a white police officer. 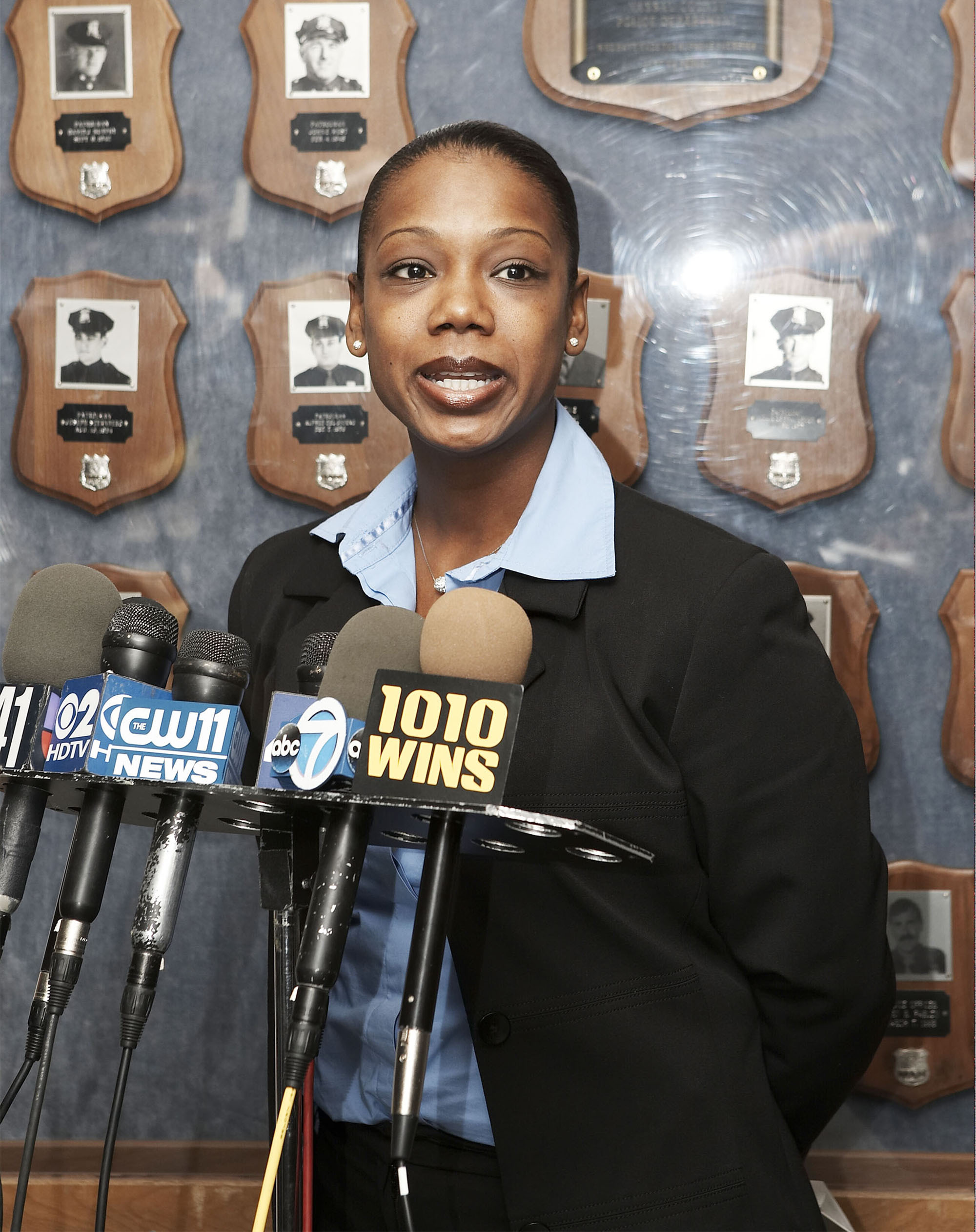 Keechant Sewell speaks to reporters as a detective sergeant in the Nassau County Police Department. As part of the interview process for the NYPD commissioner role, she had to participate in an hours-long mock press conference. Edmund J Coppa

Sewell projected a calm confidence and ability to connect with the community during the pretend scenario, an Adams source told The Post.

In her sit-down with The Post, Sewell said she was confident in her ability to lead a force of 35,000 uniformed officers and nearly 18,000 civilian workers after running a unit a mere fraction of that size.

“I have been doing this for 25 years, I am ready to hit the ground running,” she said.

The Nassau chief, though, was tight-lipped on her plan to address shootings that have increased two-fold since the pandemic engulfed the city.

“I want to actually take a look at what’s working in the city and what’s not working,” said Sewell, adding she wants a “full assessment of what’s happening in the city right now” to establish what works and what doesn’t to “come up with a strategy.”

“I’ve been policing for 25 years, so, I’ve actually got some sort of a grasp on what I think works and doesn’t work,” she said.

Adams secured the Democratic nomination and the eventual landslide win for New York City mayor as a pro-police leader who will bolster public safety as a practical progressive.

His campaign promises for public safety set a high bar for an incoming administration in a city that is on pace to record more than 1,500 shootings with 1,900 people injured in gun violence for the second year in a row. Murders are also expected to top 450 again — a nearly 50% jump from pre-pandemic levels.

So far this year, serious crime in the Big Apple has ticked up 5% compared to 2019, driven by the increase in murders, a 92% spike in stolen cars and a nearly 9% jump in felony assaults

The incoming top cop said she hopes that assessment can happen “very quickly” with her “aggressive meetings scheduled both internally with the police department and the community.”

Sewell, who is unmarried and has no children, lived her earliest years in public housing in the Queensbridge Houses in Long Island City, where Adams is expected to introduce her at a press conference Wednesday.

She later lived in Corona and Jamaica, Queens, where she found a mentor in a retired NYPD detective named John Wesley Pierce, whom she affectionately called “Pop Pop.” The surrogate grandfather — and her own dad, who was a US Marine — taught her “service and honor,” Sewell said.

“He always took the time to talk to me about what it meant to be a person of honor and a person who cared about the communities and those around them,” Sewell said of Pierce, who retired in 1968 and passed away in 2017.

Sewell currently lives in Long Island’s Valley Stream, where she enjoys cooking and hosting her large family and friends. She was promoted to chief of detectives in Nassau County in September 2020 and is the first black female to reach that rank in the county. For the three years prior to her promotion, she created and ran the department’s Professional Standards Bureau, which oversaw the agency’s internal affairs.

He noted that Sewell trained with the FBI to be the county’s chief hostage negotiator and also received counterterrorism training at the FBI Academy in Quantico, Va. 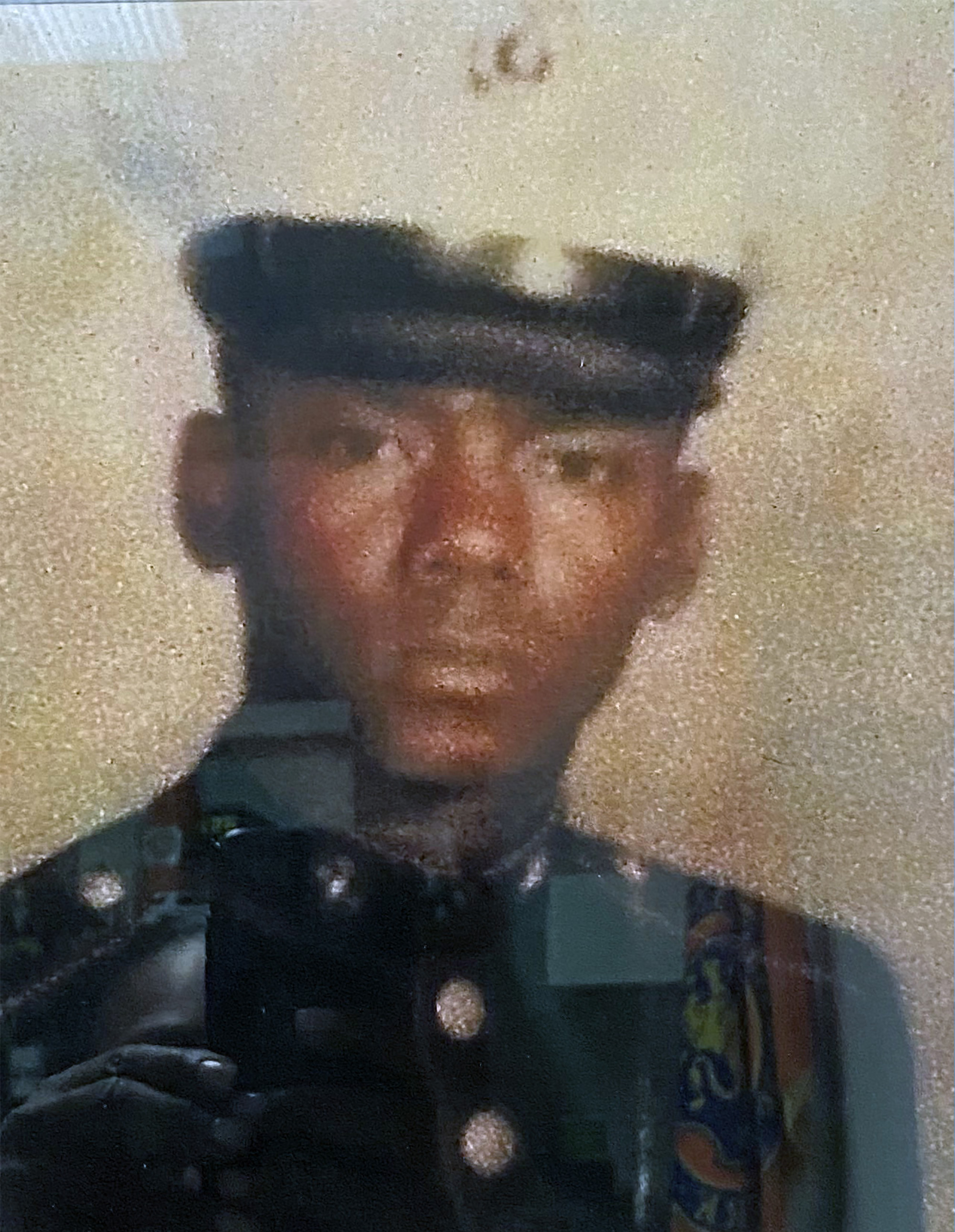 She is also on the New York-New Jersey Joint Terrorism Task Force, he added.

Sewell defended the use of undercover squads to combat gun and gang violence in her interview with The Post, saying “plainclothes units work.”

“They are able to be in places where they are not able to be easily recognized and if you use a surgical approach, use well-trained officers and know what their objectives are, you can get measurable results,” she said.

But Sewell, who has worked as an undercover cop, was critical during the interview process about how the NYPD plainclothes unit operated, telling Adams’ camp “they were doing it wrong.”

“If you start busting heads, they [the community] are never going to work with you,” said Sewell, according to a source with knowledge of the conversation.

Adams has vowed to bring back an anti-crime unit in some form after the squad was disbanded by Shea last year.

Sewell said she buys into the “broken windows” theory of policing, a tactic made famous under Bratton, that says if someone commits a petty offense like smashing a window and nobody fixes it, another person may be tempted to smash another window — or commit a more serious crime.

“I think you have to take a look at quality-of-life crimes because sometimes they lead to something else,” she said.

“You have to make sure you’re using the broken windows theory, the enforcement of those low-level crimes, in a way that’s not discriminatory, in a way that addresses the problem and doesn’t actually over-police it in some respect.”

The head of the city’s largest police union, Patrick Lynch, welcomed Sewell to the NYPD.

“We need to fix that break in order to get our police department and our city back on course. We look forward to working with her to accomplish that goal.” 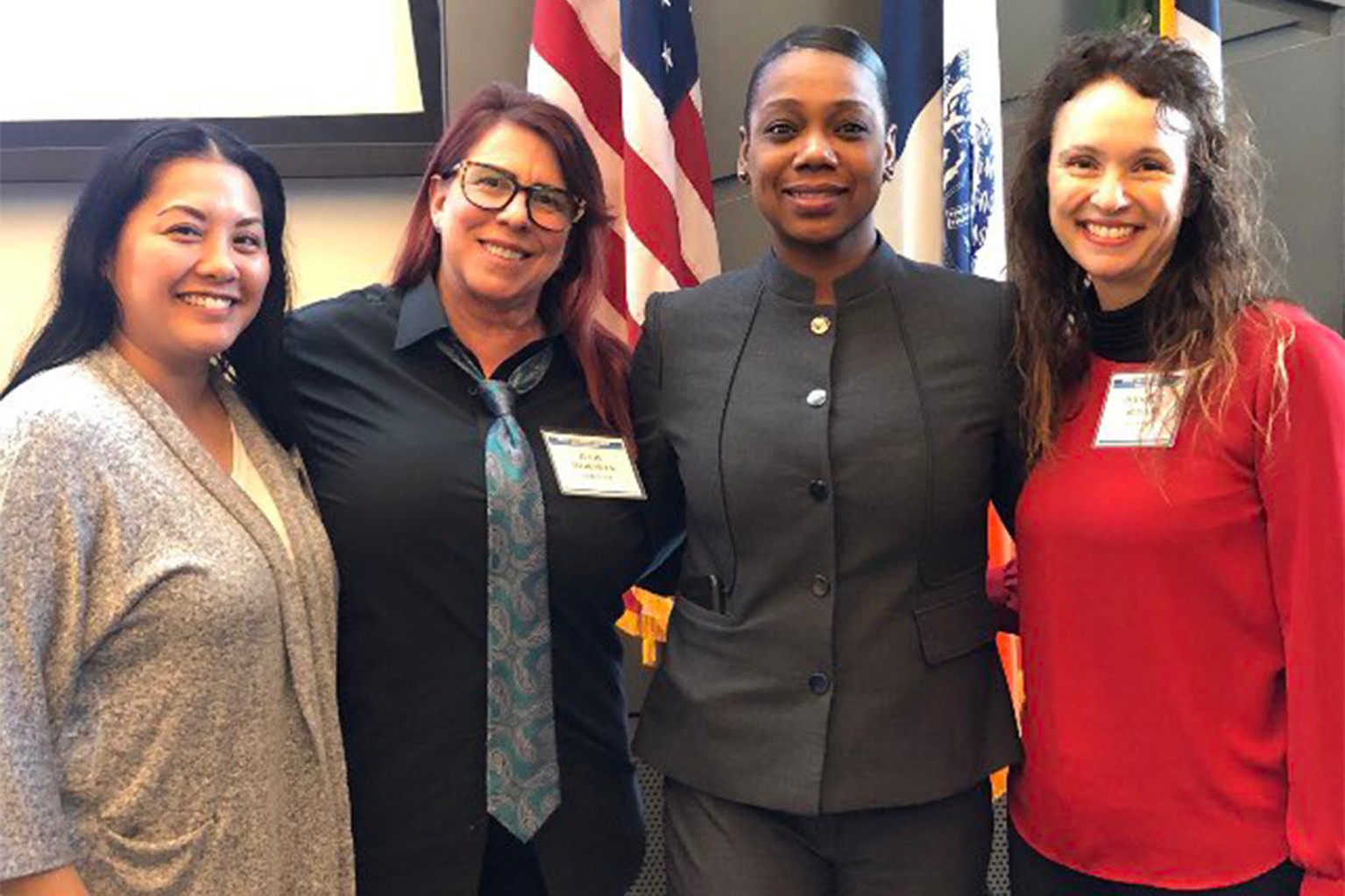 Carmen Best, who was a finalist for the commissioner job, also congratulated Sewell.

“I am honored to have been a finalist and will remain focused on charting the future of public safety,” she tweeted. “Congratulations to Keechant Sewell on her appointment as NYPD’s next police commissioner.”