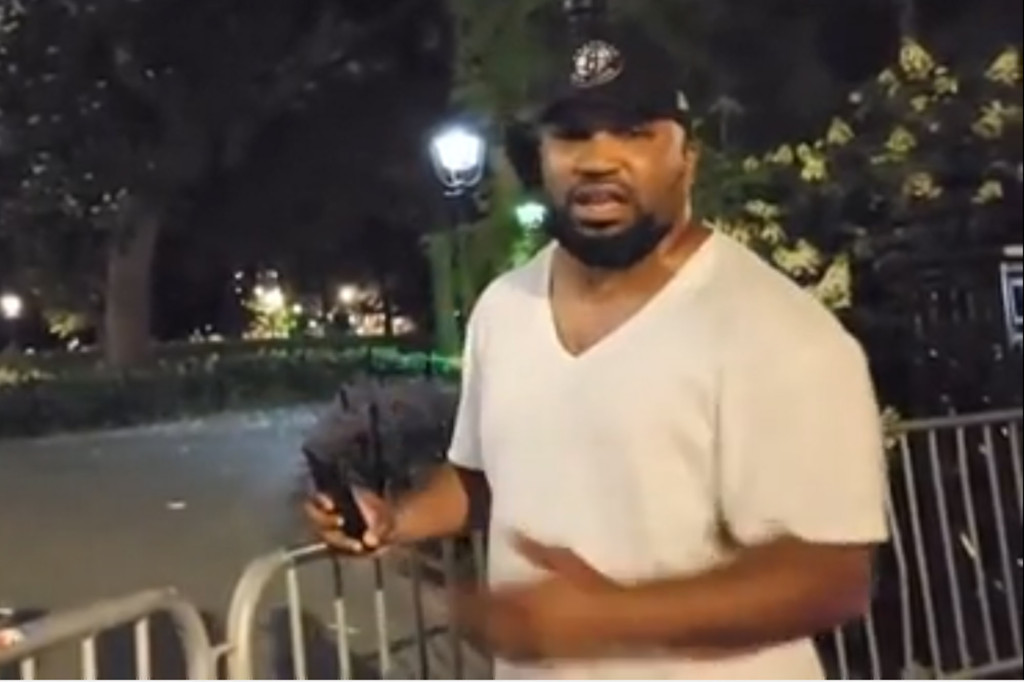 A man was caught going on a racist tirade against an Asian NYPD officer. Reddit

An irate man was caught on camera going on a racist tirade against an Asian NYPD officer clad in riot gear as protests raged in Washington Square Park over the weekend.

The unidentified man, who is black, repeatedly calls the officer a “ch–k” in the disturbing video following a brief confrontation in Greenwich Village Saturday night that appears to have started when the cop told the man to move onto the sidewalk and away from a police van.

The person filming the encounter in a live feed from the park turned the camera away when the officer approached the man.

“I’m on the sidewalk, what you gonna do?” the man can be heard saying moments later. “What’s your name? You’re not even from this country. You piece of s–t. You f–king ch–k!”

Another officer tries to calm the man down and motions the officers away.

The man, though, continues to yell the racist slurs, singling out the cop who first approached him in the street.

At one point, a passerby on a bike jumps in, telling the man his racist rant is “f–ked up.” 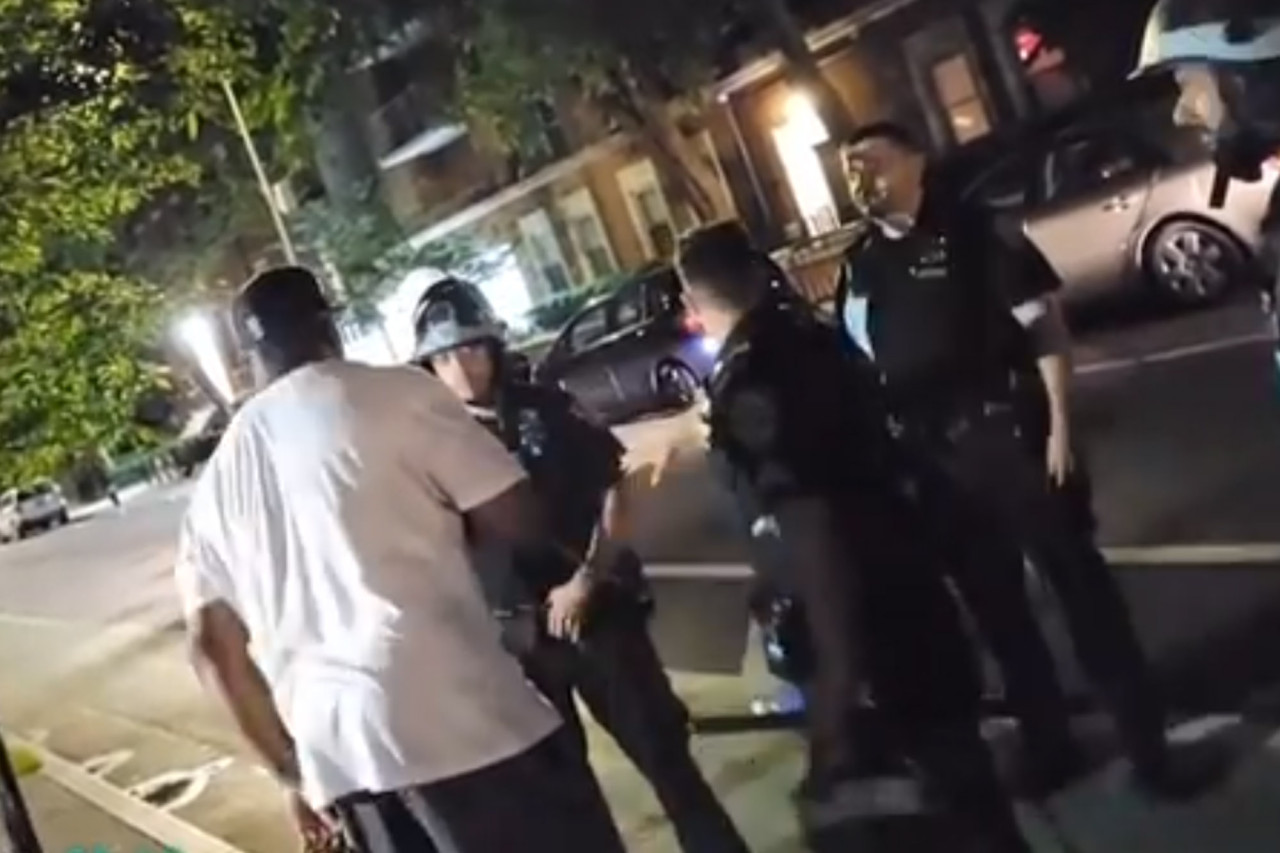 A still of the incident in Washington Square Park. Reddit

The man then yells at the biker to “suck my d–k,” claiming, “Black people can’t be racist.”

In a statement, the NYPD called the incident “disturbing.”

“Each day, NYPD officers are expected to maintain a level of professionalism under an array of difficult circumstances,” a police spokeswoman said. “In this instance, an Asian police officer was subjected to an ugly onslaught of racial slurs and maintained his composure. However, it is disturbing to see this type of language used against any Asian person in light of the disturbing increase of Asian hate crimes citywide.”

“Criminals know that the politicians are all talk,” he said. “They know there are no real consequences for their vicious anti-Asian hate, even when it’s directed at a police officer. If the politicians really want to ‘Stop the Hate,’ they need to stop demonizing cops first.”

It was unclear if the man was part of the parkgoers who clashed with cops as they forced them out of the park while enforcing a newly instated 10 p.m. curfew. 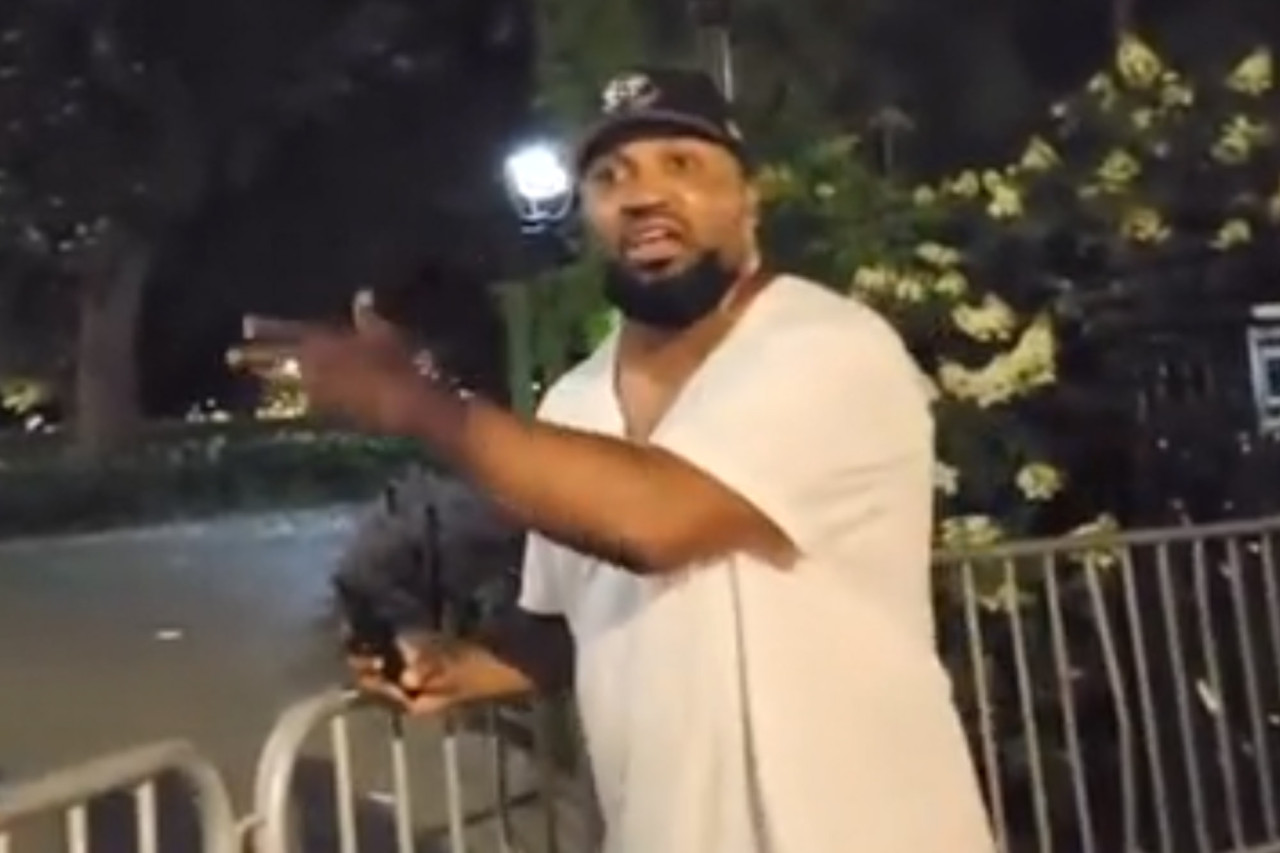 The person filming turned the camera away when the officer approached the man. Reddit 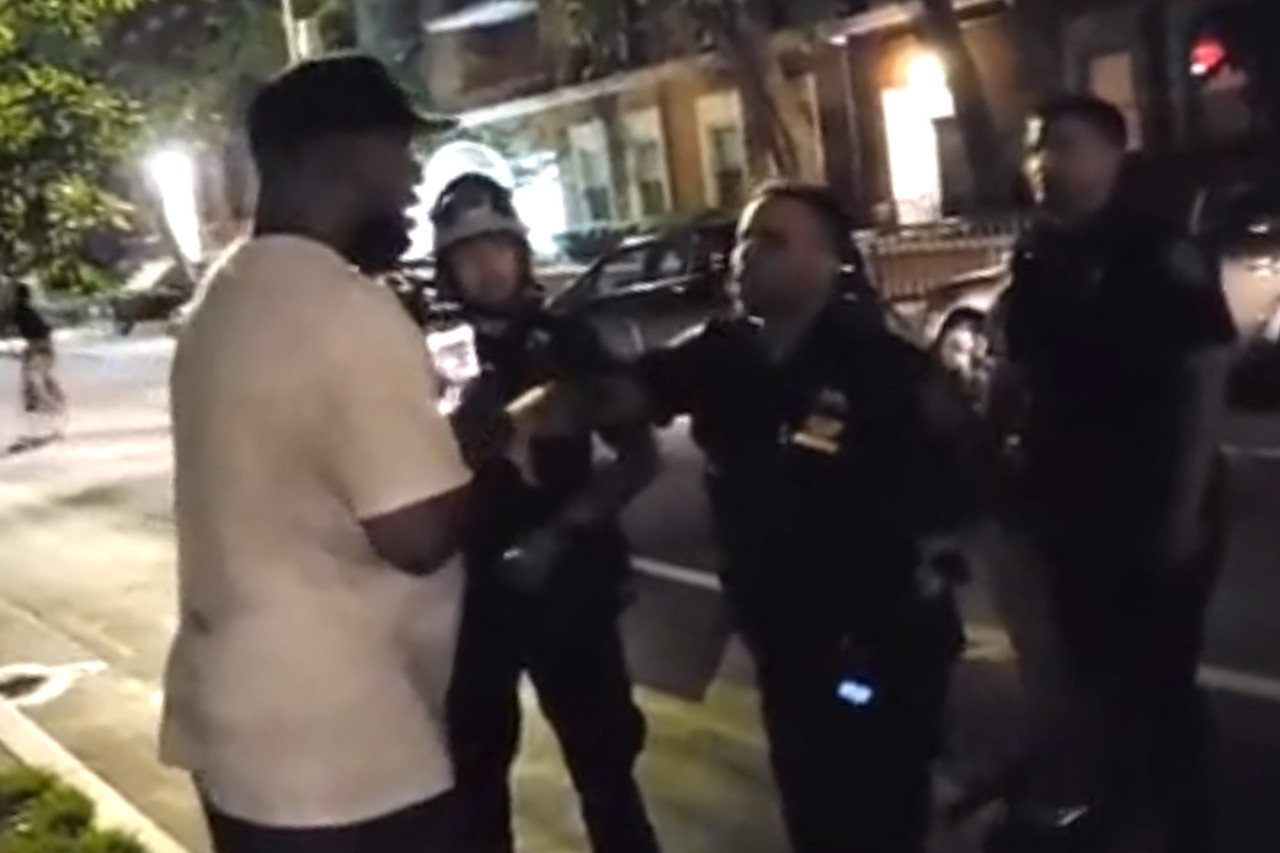 Another officer tried to calm the man down. Reddit