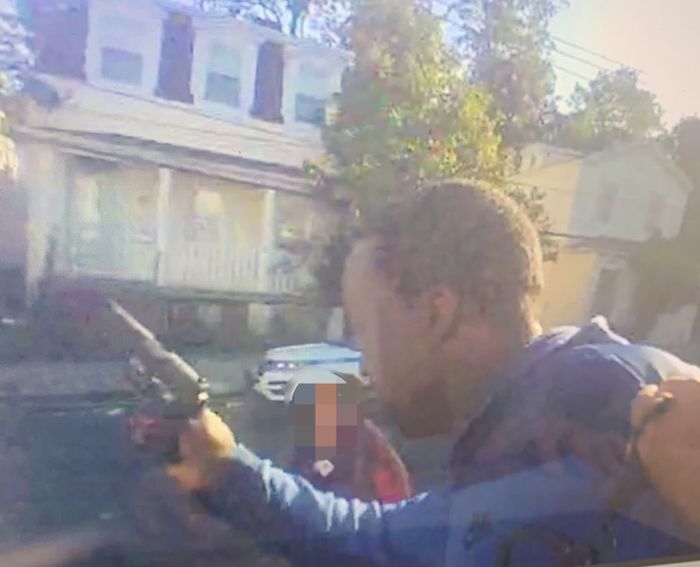 The NYPD released this photo of a man allegedly holding a gun in an incident where a police officer was shot in Stapleton on Tuesday. (Courtesy of NYPD)

STATEN ISLAND, N.Y. -- A dramatic body-camera photo of a suspect holding a gun and a close-up of the pistol were released by the NYPD in connection with the shooting of a police officer in Stapleton.

A female officer was shot in the hand and injured during an attempt by four cops to arrest a domestic-violence suspect on Prince Street in Stapleton on Tuesday morning at about 8:44 a.m., according to preliminary information provided by NYPD Commissioner James O’Neill.

The suspect, identified by sources as Gregory Edwards, 39, allegedly resisted arrest and was tasered in the back by police.

He then pulled out the gun and the officers grabbed his hands to direct the muzzle away from people, the police commissioner said.

During the exchange of gunfire, a female police officer was struck one time in the left hand, the commissioner said.

The suspect died and his gun was recovered at the scene.

The wounded officer joined the NYPD in January 2016 and was assigned to the 120th Precinct, the commissioner said. She was undergoing surgery and in stable condition at Richmond University Medical Center in West Brighton.

Edwards was previously convicted of a shooting on Staten Island, the commissioner said.

The brand name on the pistol is a SIG Sauer. 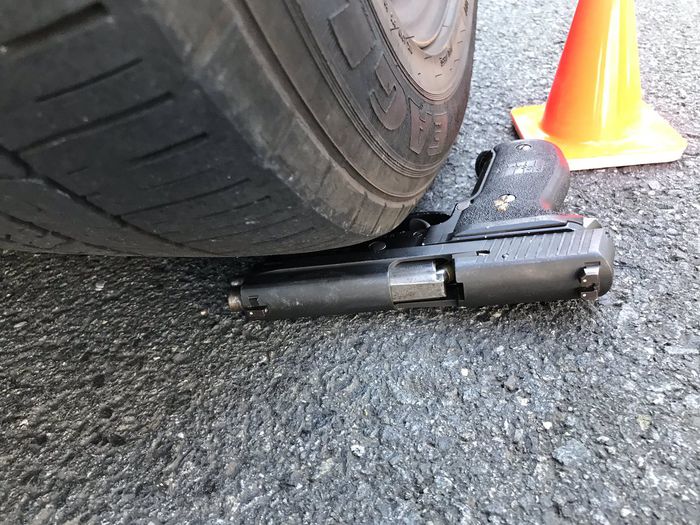 This is the gun recovered at the scene where a police officer was shot this morning while addressing a domestic violence complaint. NYPD.