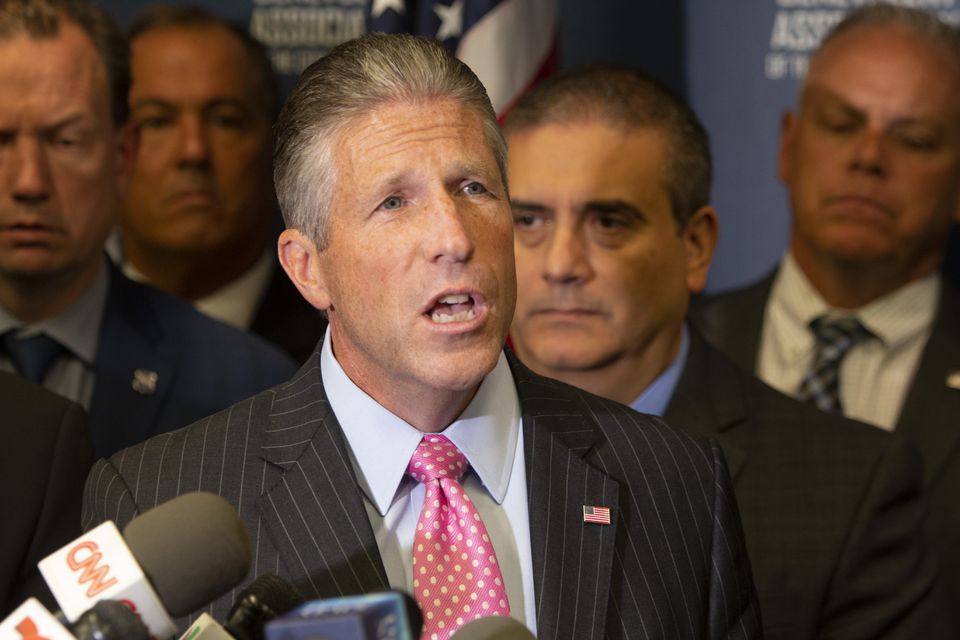 STATEN ISLAND, N.Y. -- The head of the city’s largest police union slammed the judge’s recommendation that came down Friday to fire the officer linked to the death of Eric Garner, and urged cops to take caution going forward.

Police Benevolent Association President Pat Lynch said officers should call their sergeants and Emergency Services Units if they find themselves in a situation where an arrestee chooses to resist.

“New York City police officers will now be considered reckless every time they put their hands on someone," Lynch said.

Lynch and Pantaleo’s lawyer, Stuart London, alleged that Maldonado reached her decision because of a misunderstanding of the law, and political pressure from her superiors.

London blamed Garner’s death on his poor health, and said that his client intends to “fight going forward.”

“At this point, we are going full-steam ahead,” London said. “He’s done nothing wrong. He’s committed no misconduct.”

Pantaleo was the officer who wrestled Garner to the ground by his neck as he repeatedly told authorities that he could not breathe. When cops told Garner he was being taken into custody, he refused. Garner later died.

“Today is one of the saddest and most damaging days in the history of New York City and the New York City Police Department,” Lynch said. “The decision that was passed down today -- saying that this police officer was reckless -- is ludicrous.”

NYPD Commissioner James O’Neill will have the final say on the officer’s fate. He will receive Maldonado’s recommendation, along with comments from Pantaleo’s lawyers and the Civilian Complaint Review Board, before he makes his decision.

The NYPD said Friday that O’Neill had not yet read the judge’s report either, but was aware of her decision from media reports and public statements.

Pantaleo’s trial began in May, almost five years after the events preceding Garner’s death were caught on video and broadcast across the world.

Police have said the officers responded to the scene because Garner was selling loose cigarettes -- a claim Garner’s supporters have repeatedly denied. 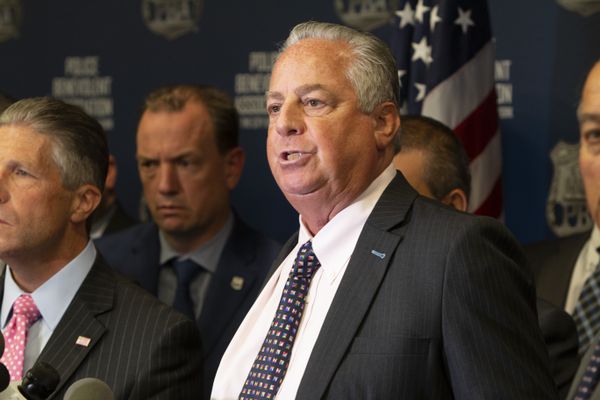 A grand jury declined to indict Pantaleo in relation to Garner’s death, and the Department of Justice announced in July that it would not pursue civil rights charges against the officer.

At a press conference Friday, Mayor Bill de Blasio applauded the news that a recommendation had finally been made, but declined to specify whether he agreed with the decision.

The mayor said Maldonado’s recommendation proved that, for the first time in the five years since Garner’s death, the justice system was finally working.

“Today we finally saw a step toward justice and accountability, we saw a process that was actually fair and impartial and I hope that this will now bring the Garner family a sense of closure and the beginning of some peace,” de Blasio said.