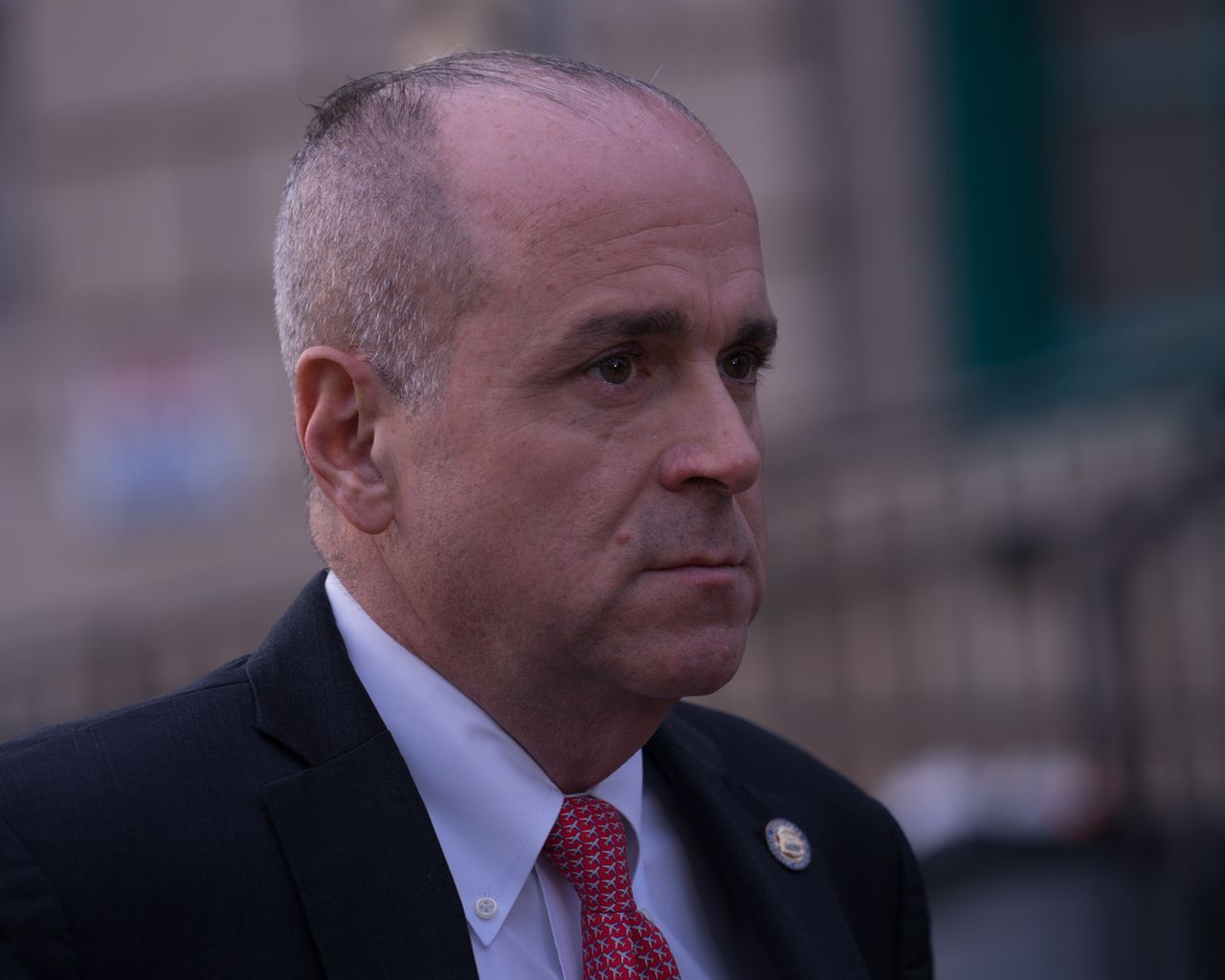 Sergeants Benevolent Association President Ed Mullins is shown in a November 2018 file photo. The SBA took to social media Sunday to declare war on the mayor following a pair of attacks in the Bronx targeting cops. (Staten Island Advance/Joseph Ostapiuk)

STATEN ISLAND, N.Y. -- The head of the NYPD’s sergeants’ union continued his war of words against Mayor Bill de Blasio on Monday threatening to “expose” him for his perceived anti-police bias.

Sergeants Benevolent Association President Ed Mullins made the comments, without offering specifics, in an interview with the Advance responding to questions about the union “declaring war” on the mayor after back-to-back attacks targeting officers in the Bronx this weekend.

Mayoral Spokeswoman Freddi Goldstein said City Hall has no idea what Mullins is talking about, and that its main focus is keeping officers and communities safe.

Monday’s comments from Mullins followed a series of Sunday afternoon SBA posts to social media “declaring war” on the mayor after he visited the two officers injured in the attacks allegedly carried out by gunman Robert Williams.

“Mayor (de Blasio), the members of the NYPD are declaring war on you! We do not respect you, DO NOT visit us in hospitals,” officials tweeted from the union’s verified account. “You sold the NYPD to the vile creatures, the 1% who hate cops but vote for you. NYPD cops have been assassinated because of you. This isn’t over, Game on!”

Earlier Monday, Goldstein responded to the declaration linking the comments to Mullins, and calling them “reprehensible."

“(Mullins) clearly has forgotten his oath to protect and serve. While he threatens violence, the mayor remains focused on the safety of our officers and communities,” she said.

“The blame is placed on this individual who thought it was OK to bring a gun and try to assassinate police officers. He is someone that shouldn’t be out on the streets,” he said.

Officials for the Police Benevolent Association, the NYPD’s largest union, declined to comment on Monday about the SBA’s war declaration.

However, PBA President Pat Lynch had his own words for those he perceives to be perpetuating anti-cop messaging after the two targeted attacks. 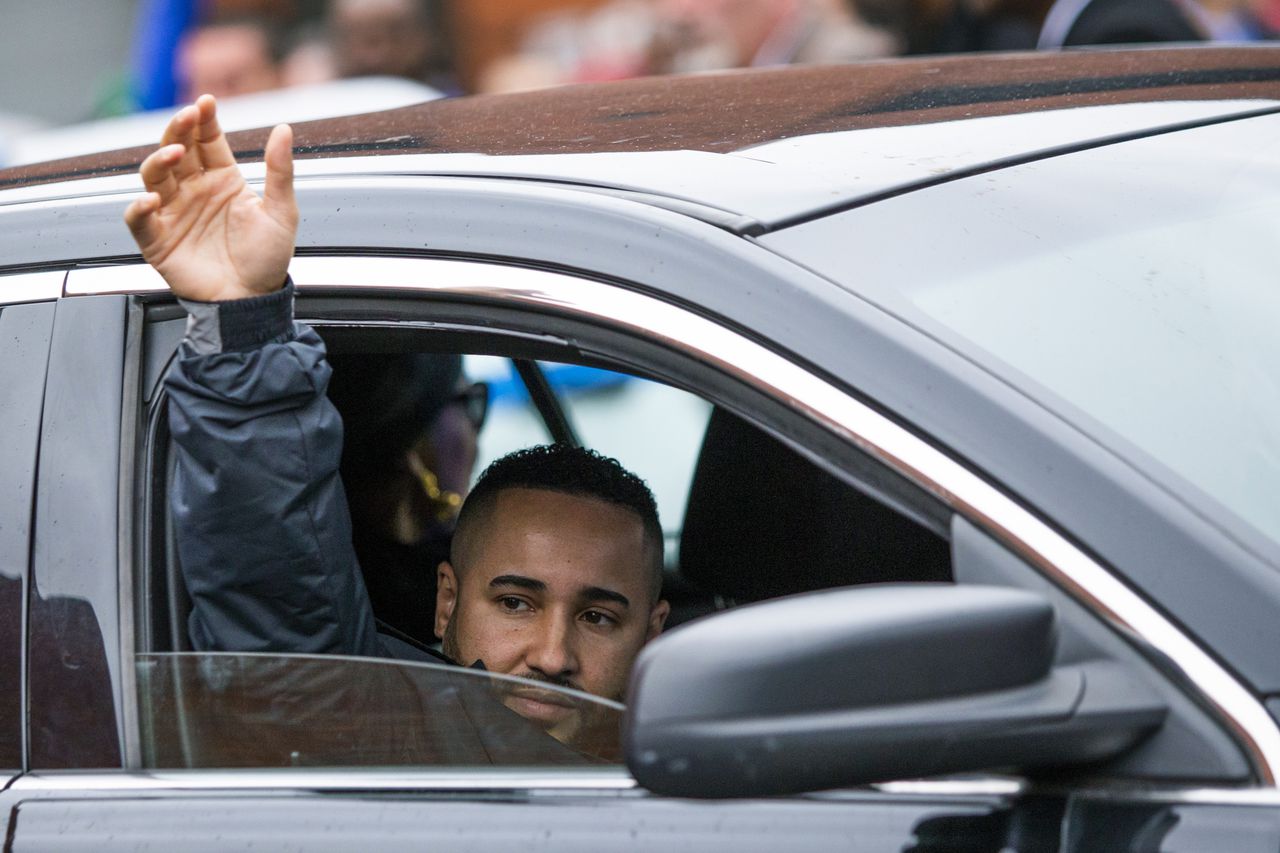 New York Police Department Lt. Jose Gautreaux, who was shot in the arm by a gunman who opened fire in a police precinct in the Bronx, waves to his comrades as he is released from Lincoln Hospital, Monday, Feb. 10, 2020, in New York. (AP Photo/Eduardo Munoz Alvarez)

“It is a double miracle that we are not preparing for two funerals right now,” he said in a statement released Sunday morning. “These targeted attacks are exactly what we have warned against, again and again. The hatred and violence directed at cops continues to grow. Good luck and kind words are not enough to keep police officers or the public safe. Our elected officials need to start listening to us and working with us — not against us — to fix the deteriorating environment on our streets.”

Williams, 45, started his alleged rampage Saturday night when he opened fire on officers sitting in a patrol van near the intersection of East 163rd Street and Fox Street.

A bullet went through the chin and neck of Officer Paul Stroffolino, 31, in that attack missing his carotid artery by “literally a millimeter,” according to Monahan. Stroffolino was discharged from Lincoln Hospital Sunday morning.

Hours after the first attack, Williams allegedly walked into the 41st Precinct station house, and shot Lt. Jose Gautreaux. He then proceeded through the building to another room where he fired on two officers and a civilian, who were not struck.

Monahan told WPIX that, after being wounded, Gautreaux confronted and engaged the assailant to help subdue him. Gautreaux was discharged from the same hospital in the Bronx Monday afternoon.

Williams was arrested and charged by police for attempted murder, possession of a weapon, and resisting arrest. He is scheduled to be arraigned Monday.

Monahan identified Williams as a “career criminal,” who previously engaged in multiple conflicts with officers, including one in 2002, in which he was armed.