‘There was no pressure to the neck,’ Officer Pantaleo told Internal Affairs investigators in 2014 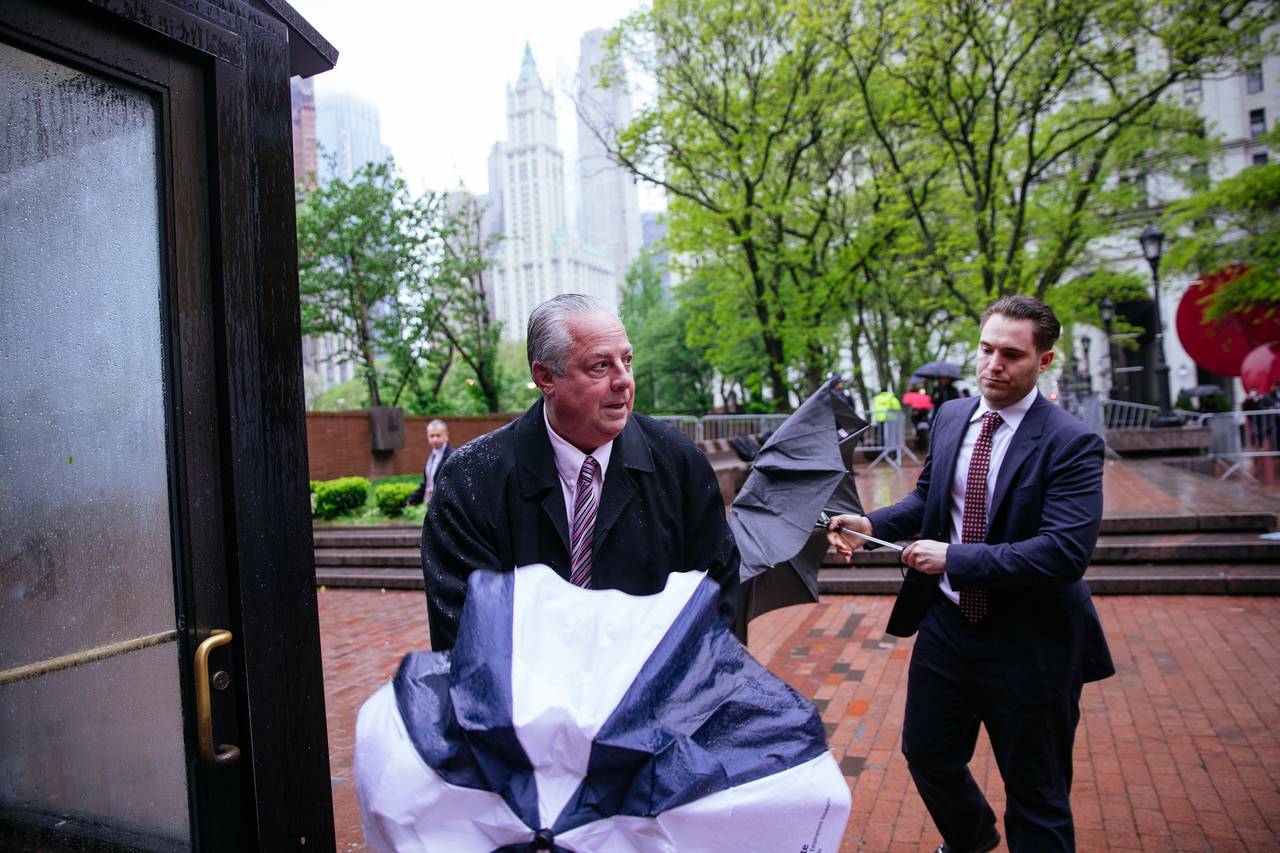 Stuart London, left, the lawyer for NYPD Officer Daniel Pantaleo, arriving at police headquarters in Manhattan on May 13. PHOTO: KEVIN HAGEN FOR THE WALL STREET JOURNAL

The New York Police Department officer accused of placing Staten Island resident Eric Garner in a fatal chokehold in 2014 told investigators that he did not use the prohibited maneuver and was “just trying to bring him down to the ground.”

Mr. Pantaleo’s lawyer, Stuart London, told a packed courtroom Thursday that his client’s words were evidence that he has always maintained that he followed protocol and didn’t act recklessly.

“He was attempting to do his job,” Mr. London said.

The disciplinary trial began May 13 and took place over seven days, with breaks for witness schedules. Mr. Pantaleo is accused of reckless assault and strangulation while arresting Mr. Garner for allegedly selling untaxed cigarettes on a Staten Island street. With the hearings concluded, an NYPD judge who presided over the case will now review the evidence and make a recommendation to Police Commissioner James O’Neill, who will determine what disciplinary action, if any, to take.

But the details of Commissioner O’Neill’s decision on the trial will likely be blocked from official release by laws that prohibit disclosure of disciplinary records related to the NYPD.

Mr. London has said Officer Pantaleo is a scapegoat and that he advised his client against testifying in his own defense during the trial to shield him from fallout in a continuing federal probe of Mr. Garner’s death.

The trial is an internal police department disciplinary proceeding held at NYPD headquarters in Manhattan, prosecuted by lawyers from the Civilian Complaint Review Board.

Prosecutors allege that Officer Pantaleo used a prohibited chokehold to subdue Mr. Garner and bring him to the ground. Medical examiners for both the defense and prosecution noted bruising to muscles in Mr. Garner’s throat. And video of the incident shows Officer Pantaleo’s arm about Mr. Garner’s neck as he tackles him from behind.

“The chokehold was the first event in the lethal cascade that caused the death of Eric Garner,” prosecutor Suzanne O’Hare said in her closing statement.

But Officer Pantaleo said he never used a chokehold.

“There was no pressure to the neck,” Officer Pantaleo told Internal Affairs investigators in 2014, according to the transcript read by Mr. London.

A Staten Island grand jury declined to indict Officer Pantaleo on criminal charges related to Mr. Garner’s death in 2014. Shortly afterward, a federal civil-rights probe into the matter was opened.

Mr. Garner’s mother, Gwen Carr, who attended the hearing Thursday, stormed out of the courtroom amid Mr. London’s closing argument. In a press conference after the hearing, she dismissed his statements as lies.