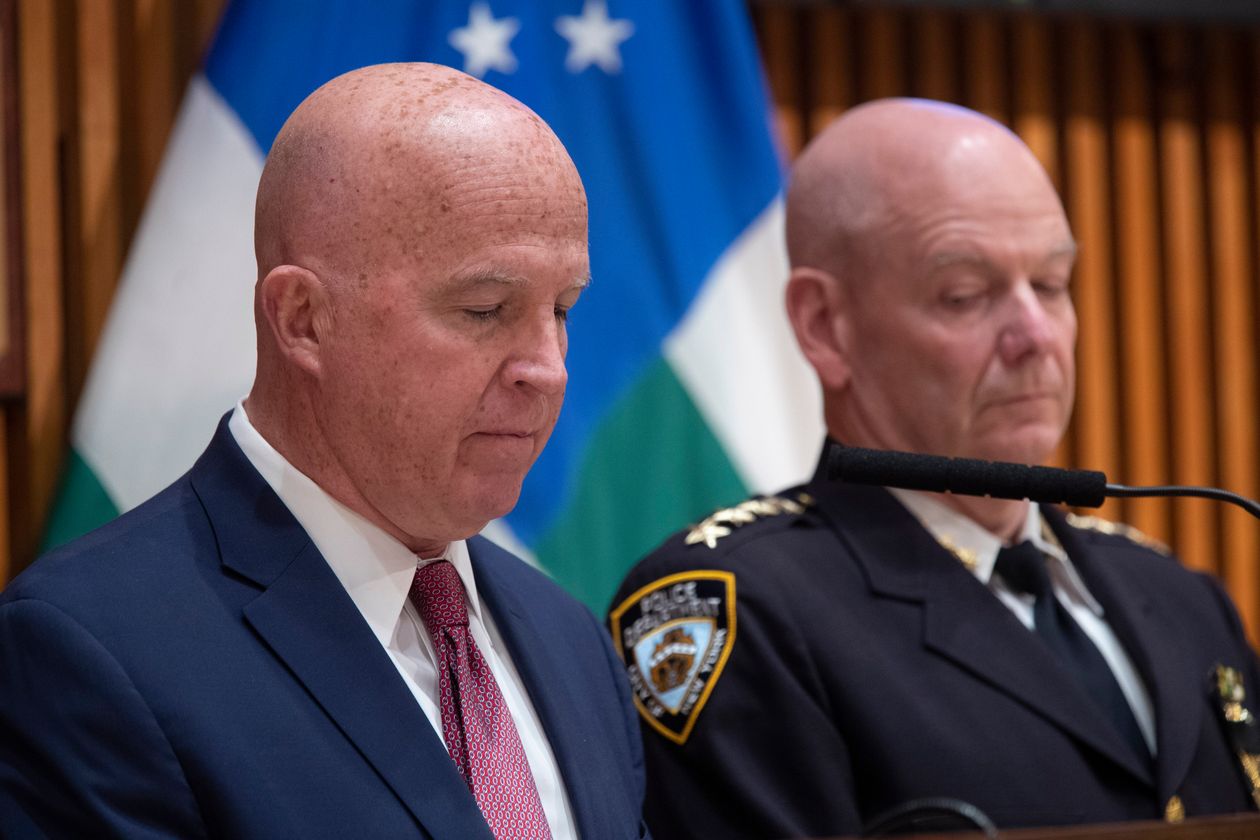 A plainclothes police officer who died during a violent struggle with a suspect in the Bronx was accidentally shot and killed by friendly fire, the New York Police Department said.

The 33-year-old victim, Brian Mulkeen, and his partner had attempted to question a suspect just after midnight Sunday in the Edenwald Houses, a large public-housing development in the borough’s Eastchester neighborhood, NYPD Commissioner James O’Neill told reporters Monday.

Officer Mulkeen, who had served with the NYPD for nearly seven years, was shot twice by his fellow officers, Mr. O’Neill said, and was pronounced dead at Jacobi Medical Center in the Bronx.

“This is a tragic case of friendly fire,” Mr. O’Neill said. “But make no mistake, we lost the life of a courageous public servant solely due to a violent criminal, who put the lives of police, and all the people we serve, at jeopardy.”

Officer Mulkeen, who was assigned to a Bronx anticrime unit, was wearing a bulletproof vest and in plainclothes at the time of the incident, police said.

During his career, Officer Mulkeen made roughly 270 arrests, said Mr. O’Neill, including many that involved the seizure of illegal guns.

The suspect, Antonio Williams, was killed by gunfire at the scene, police said. The 27-year-old was on probation for a narcotics-related incident and had been convicted of burglary in Rockland County, police said.

Investigators recovered a firearm belonging to Mr. Williams at the scene, officials said. That gun, a loaded .32-caliber revolver, was purchased in Richmond, Va., in 1971, according to police. Authorities are investigating whether the gun was used in other crimes and how Mr. Williams came to possess it.

A probe into the death of Officer Mulkeen is ongoing, the commissioner said, including a review of forensic evidence that could provide a detailed accounting of the gunfight, which lasted just 10 seconds. Investigators also are reviewing recent area shootings and studying any role Mr. Williams and the gun he possessed may have played, police said.

Five of the six officers present during the incident wore body cameras that were activated and the footage is being reviewed, police said. Officer Mulkeen didn’t have time to activate his camera, Mr. O’Neill said.

The NYPD has endured a number of deaths this year, including another fatal incident of friendly fire that occurred in February. In that case, 42-year-old Detective Brian Simonsen was shot by his fellow officers while responding to an armed robbery at a cellphone store in Queens. After that incident, police circulated a protocol video for officers responding to robberies, Mr. O’Neill said.

Nine officers have also died by suicide this year, in what Mr. O’Neill described on Monday as “a mental-health crisis.”