The officer was in serious but stable condition and is likely to survive, police officials said, while the armed suspect died from his wounds

By Ben Chapman and Katie Honan 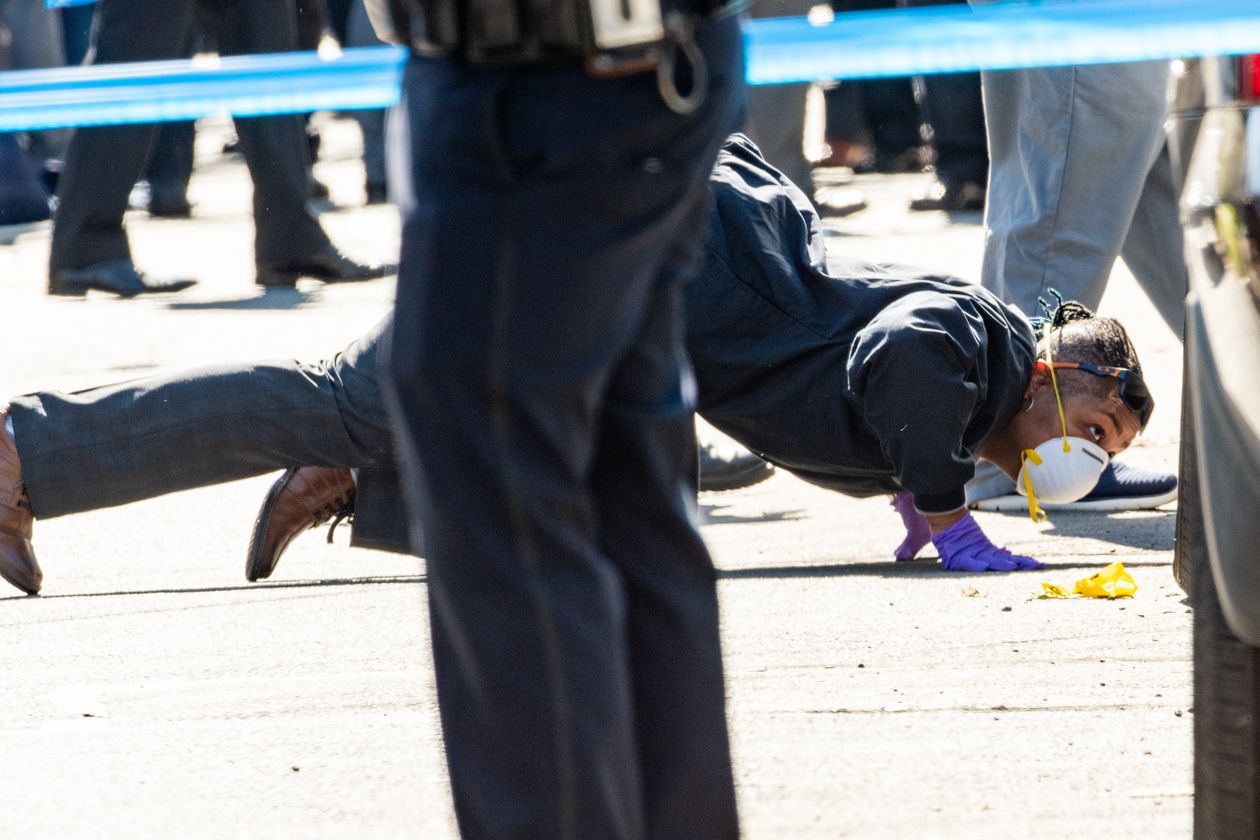 An NYPD officer looks for evidence at the scene of a police-involved shooting on Staten Island on Tuesday. PHOTO: THEODORE PARISIENNE

The wounded officer, a female whose name wasn’t released, was shot in the wrist, the officials said. The armed suspect, 39-year-old Staten Island resident Gregory Edwards, was also shot and later died from his wounds, according to officials.

The officer was transported to Richmond University Medical Center in serious but stable condition, police officials said. NYPD Commissioner James O’Neill said at a news conference at the medical center on Tuesday that the officer is in “significant pain” but will recover.

The wounded officer is assigned to the 120th Precinct and has been with the NYPD since January 2016, Commissioner O’Neill said.

New York City Mayor Bill de Blasio said at the news conference that the injured officer is a child of immigrants who behaved heroically in the field.

“Our officer did everything that she was trained to do, put herself in harm’s way, and did an exemplary job,” Mr. de Blasio, a Democrat, said.

Commissioner O’Neill said the shooting occurred after police responded to a domestic violence call on Park Hill Lane at 8:19 a.m. in the Stapleton neighborhood of Staten Island.

The woman who made the call to police had previously reported a domestic violence incident on Monday night, according to Commissioner O’Neill.

Two officers met the woman, put her in a police car, and began searching for Mr. Edwards, who police said had a history of domestic violence and weapons charges and was previously convicted of a shooting on Staten Island.

Within minutes, the officers located Mr. Edwards and called for backup, bringing two additional officers to the scene, according to police officials.

In the firefight, the injured officer was shot in the hand, according to Commissioner O’Neill. Officials didn’t say who fired the round that struck the officer.

The suspect was transported to Staten Island University Hospital, where he died, police officials said.